This Jewish-American Life: Notes on the Fourth of July 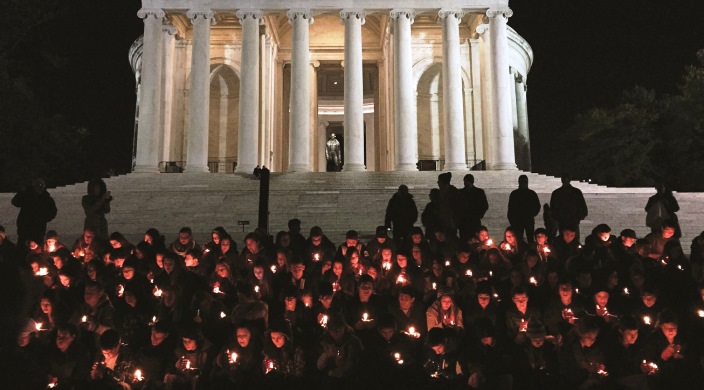 Last Shabbat, I was excited to attend services at my home congregation with our participants in the Religious Action Center of Reform Judaism's Machon Kaplan work/study program. During the sermon remarks, Rabbi Danny Zemel (who I’m lucky to call my dad) reflected on a piece of Temple Micah’s mission statement as part of a discussion about events in the last two weeks in Charleston, S.C., and the Supreme Court’s ruling on marriage equality: “[At Temple Micah] we attempt to answer the question of what it means to live a fully American and a fully Jewish life.”

Growing up within a congregation and a home that strives to do this, is, in part, what led me to embrace my professional work in the Jewish community. Professionally, I can aspire to help create an American Judaism that is meaningful and relevant today.

Every winter, I have the pleasure and honor of bringing nearly 2,000 young Reform Jews to the Jefferson Memorial for havdalah (separation) during the Religious Action Center's L’Taken Social Justice Seminars. Even growing up here in our nation’s capital, no moments of my life have encapsulated the idea of a “fully American and fully Jewish life” more than when we say goodbye to Shabbat and usher in a new week at Jefferson’s memorial– our complicated founding figure, but the nonetheless genius about whom President John F. Kennedy once noted to a room full of Nobel Prize winners dining at the White House:

“I think this is the most extraordinary collection of talent, of human knowledge, that has ever been gathered together at the White House, with the possible exception of when Thomas Jefferson dined alone.”

Participating in this ancient Jewish ritual of Havdalah at an American landmark that evokes the best of American values and ideals–freedom, church/state separation, democracy, equality: that is living a fully American and fully Jewish life. But the stately memorial also reminds us that Jefferson was not perfect. As a slaveholder, he reminds us of our country’s dark past and its ingrained racism. Yet, this is again why I love doing Havdalah at this site: Jefferson was not perfect; our country is not perfect; the world is not always the just place we want it to be and part of our responsibility is to engage in the work of tikkun olam, repairing the world.

In 2013, my father and I wrote a blessing in honor of Thanksgivukkah, the unique moment when Hannukah fell on Thanksgiving. Everyone was abuzz about how Thanksgivukkah was a once-in-a-millennium celebration – and while yes, that was cool in its own right, the thing that seemed the most cool for us was that this was a uniquely Jewish American moment. How many of those happen?

In 2015, when the Fourth of July fell on Shabbat, it seemed like another opportunity for my dad and me to write a special blessing. Below is what we have crafted. I hope that you might enjoy it this weekend as you enter Shabbat and look forward to this sacred American day of independence.

A Blessing for Shabbat and the Fourth of July
By Shira M. Zemel and Rabbi Daniel G. Zemel

This Shabbat, with these candles, we also begin our Fourth of July celebration.

Shabbat, as we recite each week, is a reminder of the wondrous doings of creation: Zichrono l’ma-aseh beresheit. Jefferson’s great Declaration of Independence tells us that all men are created equal, endowed by their creator with inalienable rights. Shabbat and July 4th are one.

Shabbat, as we recite each week, is a reminder of our people’s liberation from Egyptian slavery: Zecher yetziat Mitzrayim. The light that glowed in the bush that would not be consumed was rekindled on these shores as America became a beacon of freedom that glows from sea to shining sea. Again, Shabbat and July 4th are one.

We end Shabbat with a flame just before July 4th peaks in wondrous flames throughout the sky. We dedicate ourselves that these eternal flames shine brightly both at home and across the globe.

Dear God, we ask your blessing on our nation as we enter Shabbat and look forward to this sacred American day. 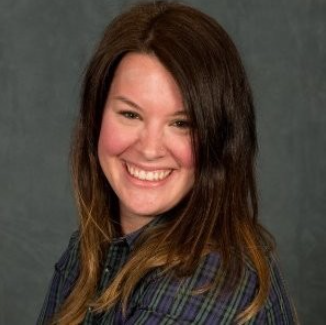 Shira M. Zemel is the Religious Action Center of Reform Judaism's director of youth leadership development. She holds a master's degree in education from SUNY University at Buffalo. Shira is from Arlington, VA, and is a member of Temple Micah in Washington, D.C.