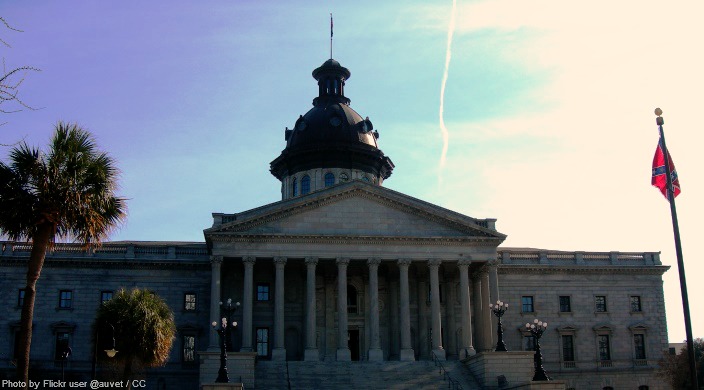 What do we read when there are no good words? As I thought about the text to teach following the tragedy at Mother Emanuel Church in Charleston, my mind fixed on the nine murdered. Murdered in their church, a holy sanctuary of God. Murdered because of who they were – because of the color of their skin.

I turned not to the five scrolls of Torah, but to the book of Lamentations, called in Hebrew simply Eicha. Alas! Lament!

It is a text full of sorrow and outrage and pain. While the text itself was written in response to the destruction of the First Temple in Jerusalem in 586 BCE, the emotions expressed therein still ring true.

Alas! “Zion’s roads are in mourning”

Mother Emanuel is in mourning. We, too, stand in mourning, in grief, in shock. Even two weeks later, we cannot believe that an act of racist terror could happen in a house of worship, a place where people go to find comfort, meaning, hope, and safety in the presence of God.

The scroll of Lamentations has a life beyond the words themselves. It is read at Tishah B’Av, the Ninth of Av, the day that commemorates the destruction of the First and Second Temples and has come to memorialize the massacres of the Crusades, the Jewish expulsion from Spain, and the Holocaust. As we read this scroll, we wrestle with the hatred that still exists in the world. It is a hatred that still breeds violence, even though we might have thought that change – not enough of course, but some – had come.

Some assert that the murderer is an isolated individual or a member of an extremist group. And yet, is he really acting alone? Ed Madden, poet laureate of Columbia, S.C., wrote in his recent poem:

he is not a symbol, he is a symptom
he is not a cipher, his is a reminder
his actions are beyond our imagining
but his motivation is not beyond our understanding
no he didn’t get these ideas from nowhere

Social science researchers painfully point out that these racist ideas are found in virtually all of us. Project Implicit, developed by researchers from top universities, is an online evaluation to measure implicit racism. Time and again, it finds that even those of us most consciously tolerant hold racial biases.

How I wish that those researchers would help us understand how to heal those biases we hold! Even we who, to quote the prophets, pray that “justice will roll down as waters and righteousness as a mighty stream” likely hold beliefs or biases we wish were not there, which unconsciously or consciously affect how we live.

I wonder if part of the anger I feel is directed not only at this horrible crime but at the lingering hatred that remains in the very fabric of our society – and however unwanted, in our – in my – very heart.

As a state, South Carolina has focused on the Confederate flag flying on our statehouse grounds. This painful symbol began as a battle flag of the Confederate States of America, founded upon a premise that not all men are created equal.

In the 20th century, the flag was adopted by the Ku Klux Klan and other white supremacist groups in support of the policies of Jim Crow and racial terror. It first flew on our statehouse in 1961 to mark the 100th anniversary of the Civil War. In 1962, the state government decided to leave it up as a protest against desegregation.

In 2000, the flag was removed from the dome and placed in front of the statehouse as part of a memorial to Confederate soldiers. Still, we see it when we drive in our capital or walk on Main Street, a banner of racial hatred at the heart of our state.

Republican State Representative Doug Brennon, who represents a conservative upstate district, said in a radio interview that there was a time when he passed that flag on a regular basis and didn’t think anything of it. But now, he said, “I see it on the license plate on the front a car, driving to a church where nine people died.”

The mere removal of a flag cannot a state change, but symbols are powerful. The banners we raise send a message of who we are and who we yet hope to be. I pray that our lawmakers will find the courage to take down the flag and that the change in symbol will signal a change in direction as a state and a nation.

Lamentations holds the hope of a new direction. The last lines of the book are so painful: “For truly You have rejected us, bitterly raged against us.”

Yet our ancestors could not bear to leave the ending there. They added another line, repeating the penultimate verse at the end of public readings of the book and turning the ending from one of unmitigated sorrow to the promise of hope: “Return us back O Eternal to Yourself and let us return.”

We know this line as Hashiveinu, that prayer of the possibility of change and transformation that flows through the High Holidays. It is a prayer that offers us the promise that we can look honestly at our thoughts and deeds, that we can make atonement, that we can turn in a new direction – from fear to hope, from hatred to love.

O, turn us to You and let us return to You, to one another, in love.

As our state motto puts it, dum spiro spero: “As I breathe, I hope.” 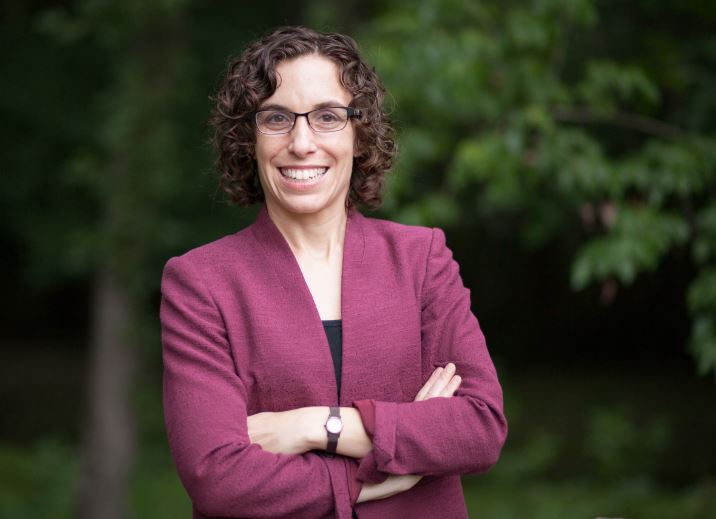