To Life: An Israeli Wedding Story 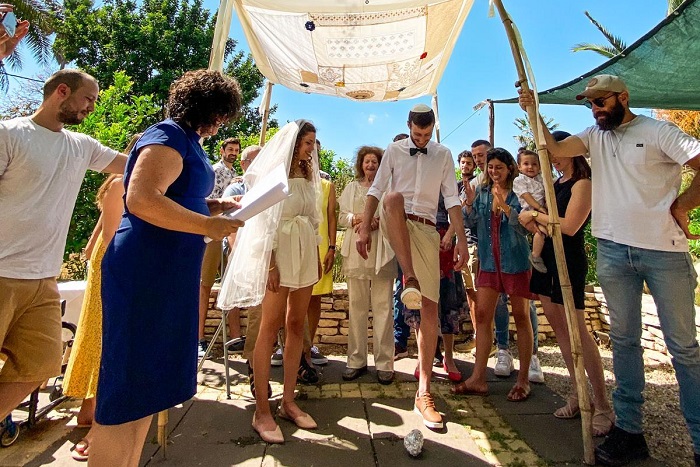 The sages taught: If two processions arrive simultaneously at an intersection, a funeral procession must yield to a wedding procession. (Ketubot 17a)

Shira and Ron, two young industrial engineers, approached me when Israel took its first steps out of the pandemic. They asked me to officiate their wedding on May 14th, 2021 in a village in the north-western Negev desert.

We met several times, prepared the ceremony together, spoke about marriage and Jewish tradition. Shira and Ron wrote their own ketubahketubahכְּתֻבָּהTraditional Jewish marriage contract; plural: ketubot (marriage contract), and together we composed their wedding ceremony. I also met their parents and siblings, who had never attended a wedding officiated by a female Reform rabbi, to answer their questions about the ceremony. It was such a delight to learn about their family histories, commitment to their country, and views about meeting the challenges facing Israeli society.

Four days before the big day, riots, bombing, and chaos struck. Shira's brother, Iddo, was called to reserve duty with his combat unit outside of the Gaza strip. When the village where the wedding was to take place was bombed, the family chose to relocate it to the north of Israel. Within 24 hours, all the guests confirmed attendance, but soon the violence spread and many people felt unsafe to travel the roads and attend an event without sufficient bomb shelter availability.

Broken hearted, Shira and Ron decided to call the party off and postpone the wedding for quieter times. Close friends and family soon arrived to try to cheer them up.  As Ron described it to me, "It started to feel like the wedding just turned into a shiva call. Would you be willing to come over to Shira's parents’ home up north in a few hours and officiate at a small chuppahchuppahחֻפָּה"Canopy" under which a couple is married, often thought to represent their first home as a married couple. Typically the roof of the canopy is composed of cloth; a tallit is sometimes used for this purpose. "Chuppah" can also refer to the entire wedding ceremony. ?"

"I'm on my way!" I answered.  Never have I said the words of Birkat HaDerech, the prayer for a safe journey, with as much kavannah (intention) as I did in the car that day. I prayed that the sages weren't wrong and that “Those on their way to do a mitzvah are protected from harm” (BT Kiddushin 39b).

This was one of the most moving wedding ceremonies I’d ever officiated at - or attended. Only the closest family and friends came together in the backyard, singing and clapping and holding each other. The energy was magnetic.

Before Ron broke the glass, I spoke about the fragility of life and how by choosing to start a family, here and now, demonstrates the highest expression of hope and faith.

When I entered the kitchen after the ceremony, among the hand-made flower arrangements and bags of food for the spontaneous wedding feast, I noticed Iddo's muddy army boots. He had driven from the front the night before in time to help hold up his sister's chuppah.

With all the challenges facing Israel, its future rests with the hope and faith of a people who celebrate life. 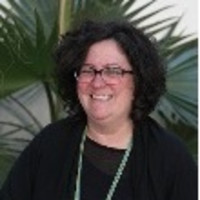 Rabbi Galit Cohen-Kedem is the spiritual leader of Kehillat Kodesh v’Hol, a member congregation of the Israel Movement for Reform and Progressive Judaism, in Holon, Israel.