Marilyn Monroe's Prayer Book is Up for Auction 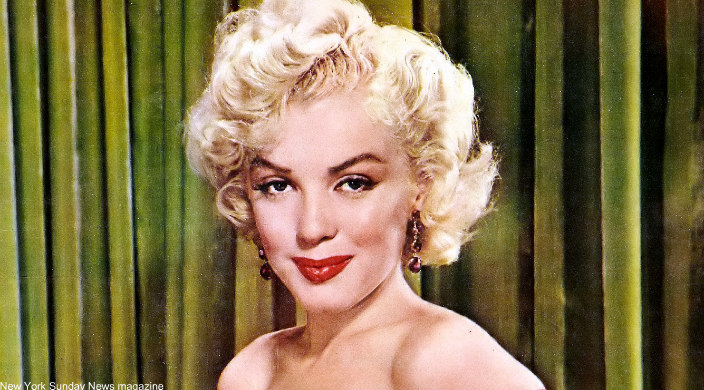 The upcoming auction of Marilyn Monroe’s personal prayer book is making news. According to the catalogue description, the siddur contains many pencil notations in the margins, possibly by Monroe, when she was learning about Judaism.

Monroe converted to Judaism on July 1, 1956 by Rabbi Robert Goldburg, then spiritual leader of Congregation Mishkan Israel in New Haven, CT, who officiated her marriage to playwright Arthur Miller on the same day.

Shortly after her death on August 5, 1962, Rabbi Goldburg wanted the record to show that he and Monroe took the process of conversion seriously and that he had not simply been wooed by her fame. To set out the facts, he wrote a series of letters to letters to Dr. Jacob Rader Marcus, director of the American Jewish Archives at the Hebrew Union College in Cincinnati, OH, and requested that they be “put in a sealed envelope and opened some years later.”

Here are excerpts from two of those letters, first published in Reform Judaism magazine:

…In the late spring of 1956, I met with Arthur Miller at his home in Roxbury, Connecticut. He had recently been divorced … and told me ofhis plans to marry Marilyn Monroe…. Arthur said that Marilyn was interested in becoming Jewish and that they would like me to perform their wedding ceremony….

He made it clear to me that in no way did he make this demand on Marilyn.

A meeting was arranged and I met Marilyn with Arthur at her apartment in New York at Sutton Place and 57th Street…. I was struck by her personal sweetness and charm. She seemed very shy.

[She] said that she had no religious training … [and] indicated that she was attracted to Judaism by being impressed with Jewish people that she knew, especially Mr. Miller. She said that she was aware of the great characters that the Jewish people had produced and that she had read selections from Albert Einstein’s Out Of My Later Years….She indicated that she was impressed by the rationalism of Judaism—its ethical and prophetic ideals and its concept of close family life. After that meeting we met a number of times and she read a few books that I gave her….

Marilyn was not an intellectual person but she was sincere in herdesire to learn… . I did feel that she understood and accepted the basic principles of Judaism….

Before the wedding ceremony, I performed the Ceremony of Conversion, which was witnessed by Arthur Miller, Kermit Miller (his brother), Morton Miller, Mr. and Mrs. Lee Strasberg, and Mr. and Mrs. Norman Rosten.

During the course of their marriage, I saw them on numerous occasions… In their home they observed Chanukah, and Marilyn gave presents to Arthur’s children. For two years I conducted a Passover service in Roxbury on the first night of [the] seder, with Arthur and Marilyn participating in the ceremony…. at the home of Morton Miller.

After the divorce, Marilyn told me that she had no plans to renounce Judaism at anytime….and she remained on excellent terms with Arthur’s children and Arthur’s father….

And in a second letter...

Most of what has been written about [Marilyn] is at best half-truths... and her memory has been exploited for obvious financial gain since she has become an international myth….

No pressure was put on Marilyn to convert by Arthur or me. She had negative feelings towards Christianity (her foster parents were rigid Fundamentalists) and positive feelings towards the Jewish people. She often identified with the “underdog” and at the same time had an enormous respect and admiration for intellectuals. She met Arthur while she was studying and acting in his plays as a student at the Actor’s Studio, and besides Arthur, her “hero” was Albert Einstein…[who] represented for her the great scientist-humanist-Jew-Socialist dissenter….

Marilyn was a very decent human being…. Arthur did try to make a go of it for five years, and a year later, when Marilyn died, he said, and I agree with him: “With a little luck, she could have made it….”

We both believe that her death was accidental suicide. That was also the opinion of the late Dr. Marriane Kris…Marilyn’s analyst….

In her last film, The Misfits, by Arthur Miller…[the role she played] was very much like the real Marilyn: a sensitive girl who could not bear cruelty to animals, much less human beings.

This piece was adapted from Reform Judaism magazine, Spring 2010.