My Life in Israel Today: Faith, Vision, and Reality 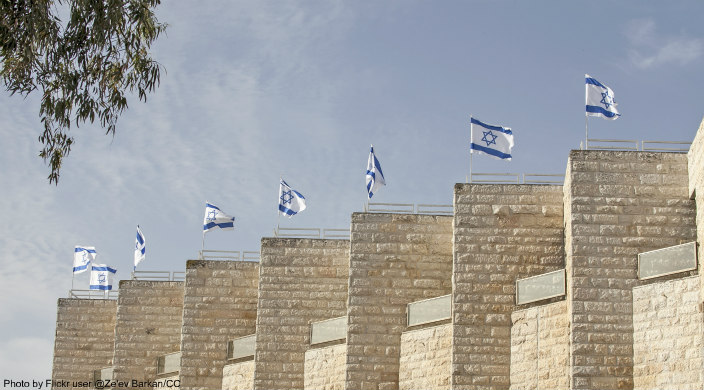 It is not in the heavens… Neither is it beyond the sea… No, the thing is very close to you.
Deuteronomy 30:12-14

Even before I made aliyah, I celebrated Yom HaAtzmaut (Israeli Independence Day) with my community, an important observance for us as members of a small Reform congregation in Kerch, Crimea. We gathered in the synagogue and together we read psalms from Hallel and sang “Hatikvah,” the Israeli national anthem.

What was the State of Israel for us? I am not sure.

Although I cannot speak for the entire community, as a teenager, those celebrations made me very emotional about Israel and passionate to make aliyah – which is exactly what I did. At the age of 15, considering myself a pioneer of the First Aliyah, I moved to Israel. At the time, I believed the State of Israel was the home for every Jew in the world – and every Jew was obligated to live there. Very idealistic, very infantile, very one-sided.

Fifteen years have gone by and I still live in Israel. I also still believe that Israel is the national homeland of the Jewish people. However, I do not think that every Jew must live here. Things have changed; my idealistic vision has met reality.

This year Yom HaAtzmaut connects to three major events in modern Jewish history, each of which symbolize, in my mind, the three elements of our life in Israel – faith, vision, and reality:

The letter by British Foreign Minister, Lord Balfour, declares the commitment of “His Majesty's government to create a national home for Jewish people in Palestine.” After hundreds of years of clinging to the belief that we would return to the Land of Israel, this declaration gave our people hope in the aspiration to establish a homeland. The Balfour Declaration was written proof of the faith we had maintained over the centuries.

The declaration was one of the reasons the League of Nations gave Palestine – the historical Land of Israel and part of the Turkish Empire – to the British Mandate. After 30 years, the United Nations, the League's descendant, proposed the vision that replaced the faith – the Partition Plan. The British Empire lost its faith in a Jewish State when it could not find any way to establish such a State without launching a war with the entire Arab world. The United Nations Partition Plan was the international vision intended to make two states – one for Jews and one for Arabs possible in one land. The reality, however, was more complicated than any vision.

When Arab leaders rejected the U.N. Partition Plan, the battle for Israel’s independence began. In 1967, Israel learned that vision means nothing if it exists without any connection to reality, which is always complicated. I believe that over the course of the next 500 years, all Israeli wars will be considered one continuing war of independence, with the Six Day War recorded as a high point of the extended battle between Israel and the Arab countries – and the latter’s ever-present efforts to destroy the former and “throw Jews to the sea.”

Indeed, this year’s converging anniversaries help me connect faith, vision, and reality – three elements that serve as a strong basis for my life in Israel. It is a life based on faith; it is a life that has a viable vision for a bright future; and it is a life that does not forget the reality, but rather exists within it. 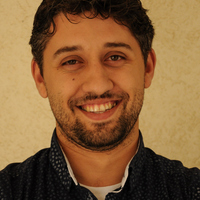 Binyamin Minich is a third-year rabbinical student at Hebrew Union College-Jewish Institute of Religion in Jerusalem.