Planting “Trees” to Fulfill the Dream of Israel’s Founders 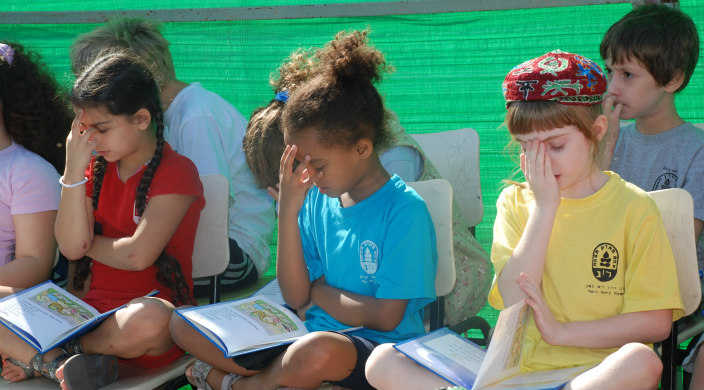 Tu BiShvat is known as the Jewish Arbor Day, and as such, it’s the time each year when Israeli schoolchildren plant trees. Perhaps it’s no coincidence, then, that it was a teacher, Ze'ev Yavetz, who instituted the custom of planting trees on Tu BiShvat.

Only an educator could come up with such a hands-on, personalized way to connect with the building of the Jewish homeland. There is such profound wisdom in this act, proving that every action, no matter how small, counts. Even the small hands of a child can bring about big change.

The change the Leo Baeck Education Center in Haifa is bringing to Israel is big. Our vision of how the Jewish State should look includes not only planting trees but also making Israel a pluralistic, shared, inclusive society for all its citizens, as detailed by Israel’s founders in the Declaration of Independence.

The Leo Baeck Education Center is entwined with the growth of Israel. Established before the State of Israel itself, it was one of the first seeds (no pun intended!) of the Reform Movement planted in Israel. Israel’s first Reform rabbis are graduates of Leo Baeck, and we founded many of Israel’s Reform institutions. Our founder, Rabbi Dr. Meir Elk, believed that for Reform Judaism to take hold in Israel, every school ought to have a synagogue, which will develop a new form of religious community. As he wrote, “Every school is in itself a community of life. Therefore it can and shall become a religious community.”

When Rabbi Robert Samuels took over from Rabbi Elk as head of Leo Baeck, he (with help from the worldwide Reform Movement) built today’s campus, which includes the three essential components of a community: a school (K-12), a synagogue (Congregation Ohel Avraham), and a community center that includes everything from sports facilities to family support services for new immigrants, and has both Arab and Jewish members.

Today, thanks to the leadership of our third CEO, Dani Felser, who followed Rabbi Samuels, we have an impact on some 35,000 families in western Haifa through the integrated programming on our five-acre campus and eight satellite centers.

One of the texts associated with Tu BiShvat reads:

When God led Adam around the Garden of Eden, God said, “Look at My works. See how beautiful they are, how excellent! For your sake I created them all. See to it that you do not spoil or destroy My world–for if you do, there will be no one to repair it after you.” (Ecclesiastes Rabbah 7:13).

In order to graduate from Leo Baeck High School, all students, including those in our gifted programs and in our program for youth with Autism Spectrum Disorder, must fulfill tikkun olam (repair of the world) obligations and initiate social action projects.

Haifa is a mixed city comprising Jews, Arabs, Christians, Muslims, Baha’i, and Druze. The Leo Baeck Education Center is a welcome home for people from all these groups, and year-round, we run numerous programs for all ages that promote a shared society for Arabs and Jews in Israel. This year, Rabbi Na’ama Dafni-Kellen will once again lead a Tu BiShvat seder together with Ms. Samia Diab, director of our community center and the first Muslim woman in Israel to head a Jewish community center. The texts will be in both Hebrew and Arabic.

When you visit us in Haifa, in our newest building – the Lorry Lokey International Academy for Jewish Studies – you will notice a huge sculpture of a tree. Its roots are next to our science lab, and its canopy is next to our beit midrash (house of study). We are grounded in science; our students are the future of Israel as a startup nation. But we also inspire a daily Reform Jewish way of life in Israel through study for all ages.

Building a strong sense of Jewish peoplehood is at the center of our curriculum. Therefore, we send and receive an unprecedented number of youth delegations from and to Jewish communities around the world, including the Haifa-Boston Partnership and the Houston Jewish community and Federation, which began through a connection with Rabbi Samuel’s family. We have a responsibility to continue and expand our impact on all of Israeli society, not only in Haifa.

Our vision, which we hope to realize in the coming years, is to see our community’s model replicated in locations throughout Israel. To fulfill the dream of its founders, Israel needs to plant more “trees” like the Leo Baeck Education Center.

Rabbi Ofek Meir, headmaster and managing director of the Leo Baeck Education Center, has held numerous other positions with the Center. He also served as the director of the Israeli rabbinical program at the Hebrew Union College-Jewish Institute of Religion in Jerusalem, from which he was ordained and earned a master’s degree in Jewish education. He also holds a musician’s degree in classical guitar from the Royal College of Music in London.