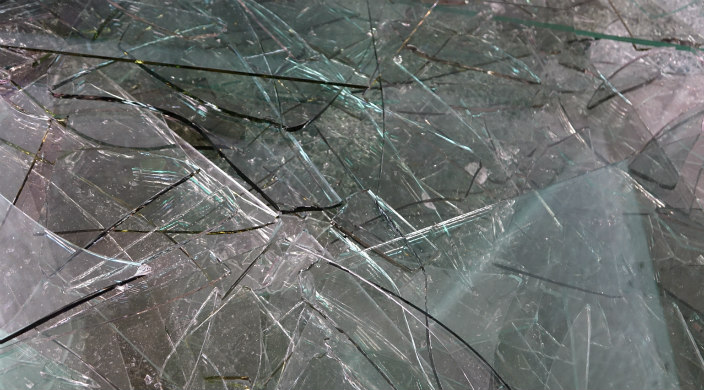 On November 9, we will mark the anniversary of Kristallnacht (Night of the Broken Glass), the Third Reich's first large-scale attack on the Jews of Germany and Austria in 1938. The pogrom took the lives of 91 Jews, forced more than 30,000 Jews into concentration camps, and torched hundreds of synagogues and Jewish-owned shops.

On October 27, we mourn the victims of the deadliest attack on a Jewish community in American history -- the mass murder of 11 Jews by a white supremacist in Pittsburgh's Tree of Life synagogue three years ago.

Though these frightening events will be forever seared in the collective memory of the Jewish people, we must guard against drawing direct parallels between the two.

In 1938, the police did nothing to stop the violence; in fact, they arrested Jews "for their own protection."

In 2018, police acted heroically to stop the assailant; 4 officers were wounded in the line of duty.

In 1938, top government officials masterminded the pogrom as part of a campaign of "Aryanization," but portrayed it as a spontaneous outburst after a 17-year-old Polish Jew named Herschel Grynszpan assassinated Ernst vom Rath, a German embassy official in Paris.

In 2018, the attack appears to have been carried out by a "lone wolf," Jew-hating terrorist.

In 1938, the German people reportedly did little to defend their Jewish neighbors, though some hid them from storm troopers at great personal risk.

In 2018, Pittsburgh's Jewish community received an outpouring of support from civic and interfaith groups around the nation, as well as elected officials at all levels of government.

There is, however, one significant thread connecting these two historical events: the plight of refugees and the closing of borders to asylum seekers.

Kristallnacht was triggered by the Nazis after Grynszpan shot vom Rath as an act of protest upon learning that his parents were among 17,000 Jewish refugees banished to a no-man's-land between Poland and Germany.

Kristallnacht was part of the Nazi strategy to pressure German Jews to emigrate, knowing that four months earlier the leading Western democracies had decided at a conference in Evian, France to keep out the Jews of Europe seeking refuge.

President Franklin Roosevelt condemned the pogrom and recalled the U.S. ambassador from Germany for consultations. He extended visitors' visas to approximately 12,000 German Jewish refugees already in the country but opposed changing the annual quota of 27,000 German and Austrian immigrants.

Senator Robert Wagner (D-NY) and Representative Edith Rogers (R-Mass) sponsored a controversial bill to admit 20,000 Jewish children to the U.S. from "Greater Germany." A January 1939 Gallup poll found that 61 percent of Americans (twice as many as those who supported the bill) opposed the government's permitting mostly Jewish children to enter this country. The wife of the U.S. Commissioner of Immigration (and a cousin of President Roosevelt) expressed the view of many Americans when she warned that those "20,000 charming children would all too soon grow into 20,000 ugly adults." The bill was not passed.

Canada, too, closed its borders to Jewish refugees during the Holocaust. When asked how many Jews should be accepted into the country, a high-level government official famously responded, "None is too many." And the British blocked Jews from entering Palestine.

After the war, restrictions severely limiting Jewish immigration to the U.S. remained in effect. Faced with congressional inaction, President Harry S. Truman issued an executive order, the "Truman Directive," on December 22, 1945, which required that existing immigration quotas be designated for displaced persons (DPs). As a result, nearly 23,000 DPs, of whom two-thirds were Jewish, entered the United States from Europe.

Following intense lobbying by the American Jewish community, Congress passed legislation in 1948 to admit another 400,000 DPs, of which nearly 80,000 were Jewish. By 1952, close to 100,000 Jewish DPs had settled in the United States.

The vast majority of Holocaust survivors, including my family, which arrived on these shores in 1951 from the Feldafing DP camp in Germany, received assistance from the non-profit Hebrew Immigrant Aid Society (HIAS), established in 1881 to aid Jewish refugees in the aftermath of the first antisemitic pogroms in Tzarist Russia.

Today HIAS supports refugees of all religious and ethnic origins whose lives and freedom are at risk due to violence, war, and persecution.

Minutes before the gunman opened fire on Shabbat worshipers in the Tree of Life synagogue shouting, "All Jews must die," he posted this message on social media: "HIAS likes to bring invaders that kill our people. I can't sit by and watch my people get slaughtered…I'm going in." The timing of the attack coincided with the portrayal by the right-wing media and President Trump of asylum seekers moving through Mexico as an "invasion."

What Kristallnacht and Pittsburgh have in common is the politics of hate and xenophobia, which are now on the rise in Germany, the place of my birth, and in America, where, with the aid of HIAS, my stateless family and so many others found a safe haven.

END_OF_DOCUMENT_TOKEN_TO_BE_REPLACED

What does it mean to remember? It is to live in more than one world, to prevent the past from fading, and to call upon the future to illuminate it.
Jewish Life Around the World
Image