Shimon Peres on the Futility of War 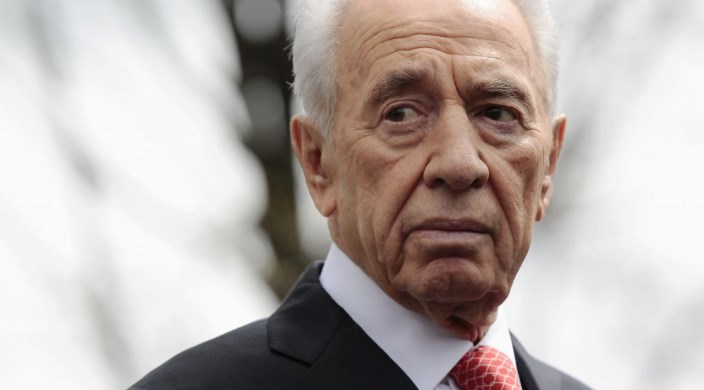 After the recent passing of Israeli President Shimon Peres, z"l, I'm remembering the time I sat down with him in a Manhattan midtown hotel in 1994 at the beginning of the Oslo process to discuss the peace process.

A comprehensive peace treaty was within grasp. In fact, the key players – Israeli Prime Minister Yitzhak Rabin, Israeli Foreign Minister Shimon Peres, and Palestine Liberation Organization Chairman Yasser Arafat – shared the 1994 Nobel Peace Prize in anticipation of the Oslo Accords ushering in an era of peace. That hopeful moment was derailed by the assassination of Rabin in November 1995 at the hands of a Jewish extremist. After seven years of on-and-off engagement, the peace process finally collapsed in July 2000, and was soon after sealed in violence by the Second Intifada.

Though Oslo failed, the thinking that led Israel to enter into negotiations with its enemy is as compelling today as it was 20 years ago, and perhaps even more so in the aftermath of the latest conflagration.

At our 1994 meeting, I asked Peres why his government was so intent at that time on achieving a just and lasting peace treaty that recognized the right of the Palestinian people to self-determination.

The answer was simple. He and Rabin had concluded that diplomacy was Israel’s best hope of ultimate survival. Neither Rabin, a general who had been chief of staff of Israel’s Defense Forces during the Six-Day War, nor Peres, who had been Israel’s director of defense in the 1950s, had suddenly become pacifists or had the least bit of affection for of Yasser Arafat. But they were realists who determined that time was not on Israel’s side, that continuing to rely solely on military superiority could only go so far.

Peres explained at our meeting,

We cannot build our future on the ruins of an old order. We are part of a process of perpetual change, which compels us to replace outdated concepts with an approach tailored to new realities.

Today an army cannot effectively defend a territory because the range of missiles exceeds the size of the country. The significance of ‘strategic depth’ has been reduced. The classical defense strategy was based on three factors: time, space, and superiority. All three have lost their value. If a missile can traverse the distance between the United States and Russia in six minutes, what is time? If a missile can fly over mountains, rivers, deserts, and fortifications, what is space? And if a single bomb can destroy a city, what is superiority? All the classical strategies need to be changed and new solutions found.

To achieve peace, we must first acknowledge the futility of war. The Arabs cannot defeat Israel on the battlefield. Israel cannot dictate the conditions of peace.

Not only has war become purposeless, but the desire to govern and control another nation is no longer feasible. To govern today is to pay for the poor, to control the desert, to be a policeman fighting a lost cause. When an Israeli soldier with an automatic weapon cannot defeat a Palestinian youth holding a stone, the soldier no longer has a purpose.

Israel is not just a territorial homeland; it is a permanent moral commitment. The Jewish people have never sought to dominate another people. Because of the dynamics of conquest, a nation that forces itself on another loses the will to abstain from oppression.

Great empires that once dominated the Jewish people have disappeared from history; yet we survive. What force has sustained us? We have placed morality above physical might. The key to Israel’s permanence remains the moral judgment of its leaders, for that is the highest degree of wisdom.

The exercise of moral judgment and wisdom in pursuit of peace in the Middle East requires an extraordinary degree of courage and statesmanship on both sides. Prime Minister Menachem Begin, leader of the right-wing Likud Party, did so when he concluded the peace treaty with Egyptian President Anwar Sadat, for which both received the 1978 Nobel Peace Prize. Another Israeli hardliner, Prime Minister Ariel Sharon – the general who arguably saved Israel during the Yom Kippur War – dismantled Jewish settlements in Gaza and set his sights on ending Israel’s occupation of the West Bank. He was silenced by a stroke. We will never know if the deaths of two of Israel’s greatest warriors-turned-peacemakers – Rabin on the political left and Sharon on the right – would have succeeded had they been able to complete their final missions.

Shimon Peres, who completed his seven-year term as Israel’s president, continued his quest for peace well into his 90s - and like the biblical prophets, the message of this elder statesman is often disparaged. In July of 2013, after 22 days of war with Hamas, he urged the Netanyahu government to “find a way to stop,” for which he was denounced as a “defeatist.”

Peres remained undeterred. An optimist at heart, he held on to the hope that true peace between Israel and its neighbors would be achieved in his lifetime.

“Pessimism is a waste of time,” he told me. “I prefer to dream.”