The Tent Revival Meeting That Changed My Life 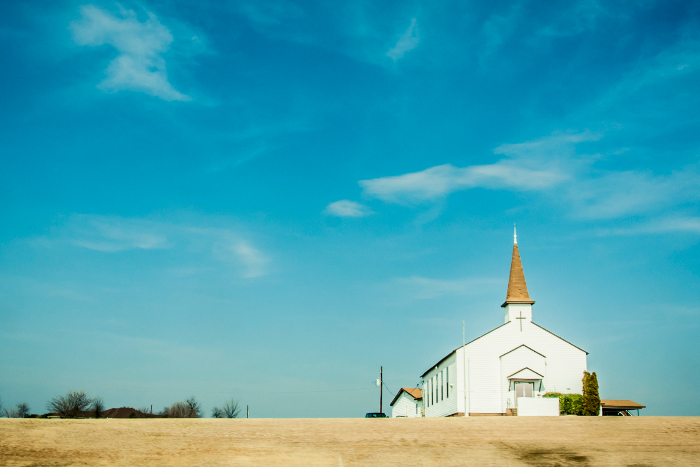 While I was raised in a Jewishly thick family, the Alexandria of my youth was saturated with a Southern Baptist/Confederate ethos, and I was fascinated by both. After all, Alexandria was Robert E. Lee’s hometown. The Baptists were the majority religious group in the city of 30,000, and many of them, including my Boy Scout leader, projected a cavalier attitude that they were the true believers and guardians of both God and America.

One unforgettable event of my youth triggered a lifelong question: How could a religion that stressed universal love and God’s “Amazing Grace” vilify and demonize its spiritual and historic parent: my beloved Judaism?

That decisive episode took place on a hot Saturday night in the early 1950s at an outdoor revival meeting in a huge tent erected about ten miles south of Alexandria on U.S. Route 1. While it was my first revival meeting, it was old stuff to my three high school friends – all evangelical Christians – who had invited me to join them.

The all-white congregation of about 500 people sat on hard metal folding chairs. The huge number of lightbulbs strung across the top of the tent created a fire hazard and raised an already-high temperature.

The service consisted of an emotional mix of well-known Christian hymns and a fiery sermon describing the many sins humans regularly commit. The highlight came when the white-haired preacher issued the call for people to come forward, kneel in front of the makeshift altar, and “accept Jesus into their hearts.”

Strangely, the sermon didn’t resonate too well that night. I was later told that most of the audience, many of them habitués of outdoor religious meetings, had come forward at previous revivals. My three classmates remained in their seats and did not respond to the preacher’s call.

However, the atmosphere inside the tent rapidly changed when the preacher began speaking about the “the plagues sweeping our beloved America.”

I mistakenly thought he would tick off the litany of the 10 woes that descended upon ancient Egypt listed in the biblical book of Exodus. Perhaps the speaker would release some frogs (one of the plagues) to illustrate his sermon.

But instead of the biblical catastrophes that are a part of the Passover seder narration, the animated preacher shouted out the modern ills ostensibly polluting America.

They included the organized labor movement, the many subversive Communists working in Washington (it was the McCarthy era), the evil Federal Reserve system, widespread sexual promiscuity, the excess numbers of foreigners in America (he specifically cited “Jews who killed our Lord”), the demeaning of the Confederacy, and one “plague” that really surprised me: the federal government’s trampling of “states’ rights.” It was a concept taught in some of my high school history classes as the basic reason – not slavery – for the Civil War, a.k.a “The War Between the States.”

Finishing up, the preacher shouted: “Let’s take back America! They have stolen America. It’s our country, our America!”

Unlike the congregation’s tepid response to the preacher’s earlier call to accept Jesus, this time the crowd arose from their chairs, began cheering, and then spontaneously started singing an emotional rendition of “Dixie,” the song most linked to the Confederacy.

I was only 16 years old that night, but the “tent people” and their sense of loss, bitterness, and fury has remained with me.

The preacher’s heated cry that America had been stolen by Jews and others was no run-of-the-mill conversion sermon; it was an antisemitic, white Christian nationalist outburst that stunned me with its rage and not-so-subtle call for the violent “restoration” of a “Christian America.”

The crowd that night believed something precious had been “stolen” from them as Christians. And it had to be “reclaimed.”

That long-ago sermon was forever deposited in my personal memory bank, and it was a driving force, a magnet that ultimately drew me to devote my career to improving the historically virulent relationship between Christians and Jews.

So, here’s a posthumous thank you to that raging preacher of long ago. You decisively shaped my life – but certainly not in the way you intended.