Yom HaAtzmaut Will Make You Believe in Miracles 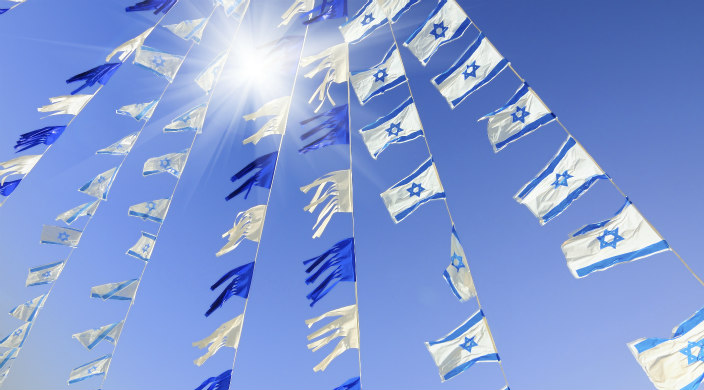 “In Israel, in order to be a realist, you must believe in miracles.” – Prime Minister David Ben Gurion

After Yom HaZikaron, we make the heart-wrenching, 180-degree transition from deep mourning to joyous celebration of the miraculous feat of independence. Yom HaAtzmaut (Israeli Independence Day) offers a welcome respite from a week of mourning (from Yom HaShoah through Yom HaZikaron, a period some have coined “the seven days of memory”), giving us a chance to rejoice in Israel’s statehood and reflect on her many achievements.

Yom HaAtzmaut is an invented holiday, affording us an opportunity to create a new holiday – watch how it is observed and celebrated throughout various sectors of society.

In his landmark work Zachor: Jewish History and Jewish Memory, Professor Yosef Hayim Yerushalmi reminds us that “only in Israel and nowhere else is the injunction to remember felt as a religious imperative to an entire people.” With this thought in mind, Israeli Prime Minister David Ben Gurion devised Independence Day as a holy day on our calendar. It would not, unlike Shabbat and festival holidays, come with halachic prohibitions, but it would be a national holiday, closing offices, businesses, and schools.

Envisioning that Yom HaAtzmaut would come “equipped” with symbols, ritual, and liturgy, Ben Gurion had the country’s scroll of independence written on a klaf (parchment) by a sofer (a scribe who transcribes Torah scrolls and other religious writings), maintaining the tradition used to produce Jewish holy books, documents, and ritual items. As a result, the scroll of independence joined the canon of Jewish sacred texts and is read – with or without brachot (blessings) – on the holiday itself.

As a family day, Ben Gurion anticipated celebrations that included a seder Yom HaAtzmaut similar to those held on Tu BiSh’vat and Passover. Special siddurim (prayer books) for Yom HaAtzmaut have been created, and the Reform prayer book, Mishkah T’filah, offers a multi-page ceremony with both ancient and modern texts, songs, and brachot for this day.

At the time, an interesting ideological discussion ensued about how, exactly, Jews would express gratitude to God for this incredible shift in our national fortune. Not surprisingly, differences of opinion abounded. Should Hallel (prayers of praise recited on festivals and other joyous occasions) be included? What about Al HaNissim (a prayer recited on Hanukkah and Purim, praising God for miracles)? As a result, many versions of Al HaNissim for Yom HaAtzmaut have emerged, each with its own ideological emphasis, demonstrating the conundrum inherent in developing a unified, national narrative for the State of Israel.

In the spirit of this joyous holiday, I offer my own version of Al HaNissim for Yom HaAtzmaut. It articulates our historical connection to the land, expresses gratitude to God, and emphasizes our purposeful presence in a Jewish and democratic state whose values we aspire to uphold. Although Israel’s national day of independence was entrenched in warfare, this prayer embodies our dreams for peace:

“And [we thank You] for the miracles, for the redemption, for the mighty deeds, for the saving acts, and for the wonders which You have wrought for our ancestors in those days, at this time.”

On the 5th of Iyar 5708, at the moment of declaration of the establishment of the State of Israel, the People of Israel gained sovereignty on its land and control over its destiny. The miracle of the establishment of a Jewish State is the first flowering of our redemption. The State arrives through a strong historical and traditional connection as the Jews through each generation strived to return and stand firm on their ancient homeland. In the recent generations they have returned to their land en masse as pioneers, clandestine immigrants, and defenders. They made the deserts bloom, revived their ancient Hebrew language, built towns and cities, and established a growing community.

“For I will take you from among the nations, and gather you out of all the countries, and will bring you into your own land.” (Ezekiel 36:24)

And for Your people Israel you have caused great salvation on this day, and caused us to triumph over our enemies, and you have given us this land our inheritance to be called “The State of Israel.” And accordingly, the State of Israel will be open for Jewish immigration and for the Ingathering of the Exiles; it will foster the development of the country for the benefit of all its inhabitants; it will be based on freedom, justice and peace as envisaged by the prophets of Israel; it will ensure complete equality of social and political rights to all its inhabitants irrespective of religion, race, or sex; it will guarantee freedom of religion, conscience, language, education, and culture; it will safeguard the Holy Places of all religions.

“May there be peace in your ramparts and calmness in your citadels.” (Psalm 122:7)

And let us say Amen.