A Guide to Eating on Passover 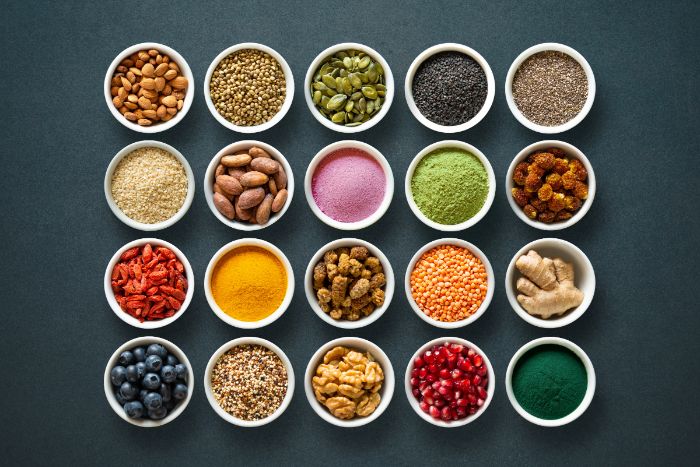 You know how the food you eat can sometimes trigger memories? Jewish tradition knows this too, and a kosher-for-Passover diet is a yearly reminder of the Jewish people’s distant past as slaves in Egypt.

During Passover we eat matzahmatzahמַצָּהUnleavened bread eaten during the seder that symbolizes the hurried departure of the Israelites from Egypt. Eating matzah is obligatory only at the seder. During the rest of Pesach, one may abstain from matzah as long as all chametz is avoided; plural: matzot , or unleavened bread, and avoid eating chametzchametzחָמֵץFoods not eaten during Passover. Chametz typically includes leavened bread or any food that contains wheat, rye, barley, oats, or spelt, unless production has been supervised to ensure that it has not leavened.  to remember our past and celebrate our freedom. Many of us also avoid eating kitniyot. Read on to learn what it is, what it means, and how we approach all of it during this holiday.

Isn’t matzah often made from wheat?

That’s true, matzah is made from wheat. But, when matzah is made, the wheat flour is kept absolutely dry until it’s mixed with water and immediately baked. Technically, it takes 18 minutes for flour to ferment and rise, so matzah must be prepared and baked in fewer than 18 minutes.

There have been many reasons that Ashkenazic communities have refrained from eating kitniyot on Passover. For example, there was a concern that because kitniyot can be ground to make flour and then baked, one could mistakenly assume that their neighbor was eating chametz.

There was also concern that chametz grain might get mixed up with kitniyot if they were stored in close proximity. This kitniyot prohibition was not accepted by most Sephardic Jews (Jews of Spanish, Middle Eastern, and North African descent).

Didn’t I read somewhere that Reform Jews can eat kitniyot on Passover?

You likely did read that somewhere! Actually, three groups of Rabbis in the recent past have met and, independent of each other, ruled that both Ashkenazi and Sephardi Jews should be permitted to eat rice, corn, and kitniyot during Passover. These groups were the Responsa Committee of the Reform Jewish Movement (a responsa is a rabbinic decision), the Responsa Committee of the Israeli Conservative Movement, and the Conservative Movement’s Committee on Jewish Law and Standards.

These rabbinical committees determined that the prohibition of eating rice, beans, and kitniyot is in direct contradiction to the opinion of all the sages of the Mishnah and Talmud (except one), and also contradicts the theory, as well as the practice of more than 50 post-Talmudic Sages. Opposition to the ban on eating kitniyot dates back to 13th-century France, when one rabbi called it “a mistaken company” and another calling it a “foolish custom.”

Still, it’s a personal decision, and many Reform Jews choose to abstain from eating kitniyot on Passover. (Check out this blog post about choosing foods to make your Passover meaningful.)

If you’ve been to a Passover seder, you know that Passover can still be a delicious celebration. Visit our Passover Recipes page for some kosher for Passover meal inspiration, and watch the video below. Chag sameach!