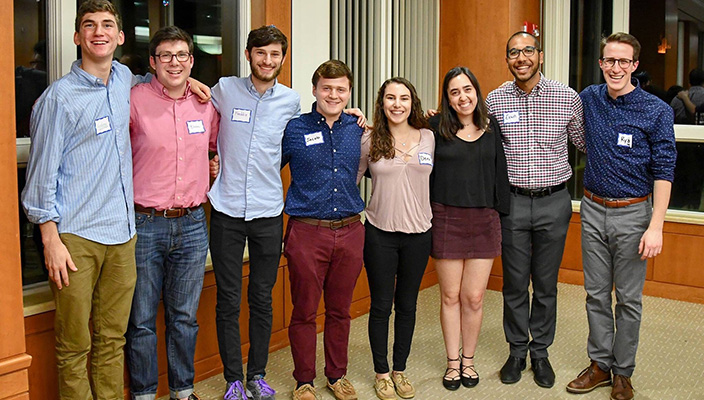 There are dozens of opportunities for college-aged students to stay connected to, explore, and experience Reform Jewish life both on and off campus. Find a program that’s right for you.

Work at a Reform Jewish summer camp or program: Union for Reform Judaism Youth Programs are looking for college students to serve as summer staff in a variety of roles and locations. As staff at a Reform Jewish summer camp, Mitzvah Corps, or Israel program, you’ll support kids and teens as they build skills and confidence, learn about their Jewish identity, and foster lifelong connections to the Jewish community. Apply for URJ summer program staff positions.

Participate in Machon Kaplan this summer in Washington, D.C.: During the summer, join the Religious Action Center of Reform Judaism for a series of events about Jewish social justice, open to all Jewish college students who are working and interning in the capital.

Become an HUC-JIR Founders Fellow: Each year, Hebrew Union College-Jewish Institute of Religion empowers a cohort of college students to create new Jewish ideas and implement them on their campuses. This leadership incubator includes a retreat in New York City, followed by guided mentorship and support, as well as a project stipend. Apply to be an HUC-JIR Founders Fellow.

Apply for a URJ On Campus Grant: Throughout the year, the Union for Reform Judaism provides grants up to $100 for students to create events on campus that build Reform Jewish community.

Be a part of the biggest Reform gathering in North America at the URJ Biennial: Every two years, the Union for Reform Judaism convenes its Biennial convention, a gathering of thousands of Jewish leaders to learn and network to strengthen their Reform communities. College students can both attend and volunteer to staff the event. Sign up to attend URJ Biennial.

Live on an ecological kibbutz: Throughout the year, Kibbutz Lotan offers an intensive four-week course in Permaculture design with hands-on, practical work in organic agriculture, natural building with earth and straw, and sustainable technologies in Israel. Apply to attend this course at Kibbutz Lotan.