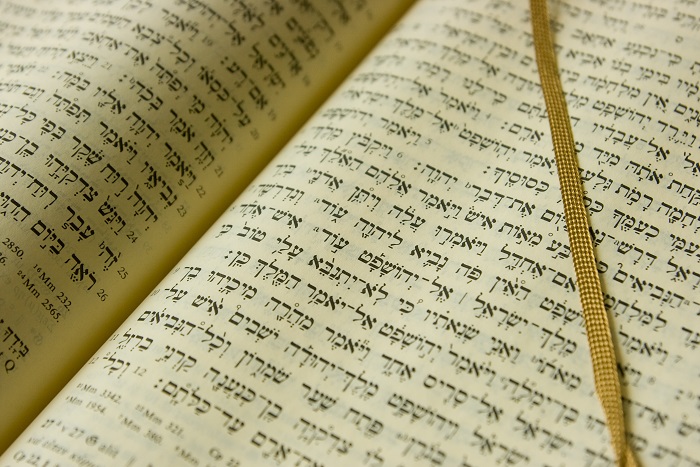 The Jewish people are often called the people of the book. The book in this reference is usually understood to be the Torah, the Five Books of Moses, and by extension, N’vi-im, the Prophets, and K’tuvim, the Writings. As such, the Tanach—Torah, N’vi-im, and K’tuvim—is the foundation for all of the books to which we, as Jews, devote study.

For generations, the rabbis and sages sought to keep the Torah Shebal Peh, the oral Torah, just that—oral. Each generation learned from the previous one and students learned by repeating what they heard. During the Roman period in Judea, (beginning in 63 B.C.E.) restrictions were placed on the study of Torah—both written and oral. As Torah study became more precarious, rabbis and others in the community were concerned that the teachings would not survive if the Torah Shebal Peh was not written down. This concern intensified after the failed Bar Kochba Revolt, which resulted in the death of many students and a large part of the population. The need to codify the Torah Shebal Peh in written form became urgent.

As Jacob Neusner wrote in his Introduction to The Mishnah: A New Translation:

It is a six-part code of descriptive rules formulated toward the end of the second century A.D. by a small number of Jewish sages and put forth as the constitution of Judaism under the sponsorship of Judah the Patriarch, the head of the Jewish community in Palestine at the end of the century. The Mishnah is important because it forms the foundation for the Babylonian and Palestinian Talmuds. It therefore stands alongside the Hebrew Bible as the holy book upon which Judaism of the past nineteen hundred years is constructed. (Neusner, The Mishnah: A New Translation [New Haven, CT: Yale University Press, 1988], p. xv)

Judah HaNasi, the Patriarch, (135–219 C.E.) compiled the legal teachings of his predecessors in what has become known as the Mishnah. In contrast to most collections of midrashim (stories, interpretations and explanatory teachings about the Bible) that followed the Torah portions, the Mishnah was based on a thematic structure, making it easier to learn about a specific subject and the connected legal decisions. Each mishnah could stand by itself without a biblical proof text to support it. The Mishnah was written in Hebrew rather than Aramaic, the vernacular of the time. It is divided into six major sections, known as s’darim. These are further divided into sixty-three subsections called masechot, which are divided into p’rakim, chapters. The final division is a mishnah, a single statement of law. Each mishnah is a statement by itself without explanation.

The Mishnah is studied both because it is part of the canon of Jewish literature and because it is the foundation of the Talmud. In addition, from the time of the earliest Reformers, the Reform Movement has considered itself an extension of Rabbinic Judaism and sought to base all decisions on halachah. Studying the text of the Mishnah enables modern-day Jews to strengthen their link with Jewish history and gain a deeper understanding of sacred traditions.