Release to Right the World 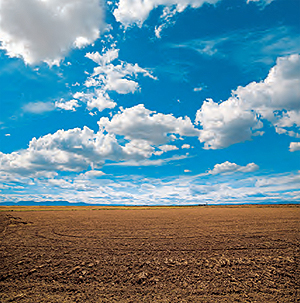 You have called on the Reform Jewish community to begin observance of shmita this Rosh HaShanah in order to alleviate economic disparity, better steward the earth, and champion social justice. What is shmita and how can it accomplish all this?

Shmita, defined as “release,” is in essence Judaism’s prescription for maintaining economic, environmental, and social balance in the world. It is as timely this year, shmita 5775, as it was 3,000 years ago, when it first emerged.

In the seventh year, after six years of farming the Land of Israel, our ancestors relinquished control over all they owned and owed. At least in principle, according to the biblical commandments (see “The Biblical Roots of Shmita”), the planting of crops ceased, the poor and hungry gleaned food from the land, Hebrew slaves were freed, and debts between Israelites were forgiven.

The idea of release underlied all shmita observance. Literally, slaves were released. But farmers, too, were released from grueling daily tasks. Food growing naturally in fallowed fields was shared equally among rich and poor, so the needy were released from worry about survival. The land itself was released from having to nurture seeds planted within it.

Metaphorically, shmita called forth the vision of return to the Garden of Eden, a land of abundance unmarred by inequities in wealth and property. Exile from the garden led to the development of agrarian society, in which private property was created, and food storage led to wealth, dividing those who had sustenance and those who did not.

Shmita was conceived as a corrective to such inequalities, reorienting society every seven years from an economy based on the acquisition of private property to one of communal responsibility to provide for all. It also aimed to lift up those on the lowest rungs of the social ladder, starting them with a clean slate from which to turn their lives around.

Today, when even greater disparity exists between the “haves” and the “have nots,” we Reform Jews can reclaim this essential biblical mandate on our own terms to help create a more compassionate and just society.

How was shmita practiced during biblical times?

It is unclear how shmita actually functioned. We suspect it was not universally followed, because the prophet Jeremiah cited the community’s failure to observe shmita as the reason for the destruction of the Jerusalem Temple in 586 B.C.E. and the exile that followed: “Thus said the Eternal, the God of Israel: I made a covenant with your ancestors when I brought them out of the land of Egypt, the house of bondage, saying: ‘In the seventh year each of you must let go any fellow Hebrews who may be sold to you; when they have served you six years, you must set them free.’ But your ancestors would not obey Me or give ear” (Jeremiah 34:13–14). The third-century text Pirke Avot (Ethics of Our Ancestors) echoed this notion, saying, “Exile comes upon the world on account of idolatry, sexual immorality, murder, and the failure to observe the shmita” (5:11).

Clearly, shmita was considered an essential means of restoring justice in the community, because “failure to observe the shmita” was deemed in the Bible to be among the most grievous of sins.

How could shmita be followed in the Diaspora?

After the Jewish exile following the Second Temple’s destruction in 70 C.E., the rabbis were in a quandary: Would Jews still be obligated to follow the Torah’s agricultural laws, including shmita, when all the communities were living outside the Land of Israel? After deliberating on the matter, they concluded: “Any commandment which is not tied to the land applies to the Land [of Israel] and outside the Land [of Israel]. And any commandment which is tied to the land only applies in the Land [of Israel]” (Mishnah Kiddushin 1:9). Therefore, from that time until the 1880s, when Jews would resettle the Land of Israel, Jewish communities in the Diaspora were exempted from observing the land-based observances of shmita, all the while they remained obligated to follow the tenets of shmita that were not tied to the land, including debt forgiveness.

Did Jewish lenders object to having debt obligations forgiven every seven years?

Yes, and that is why the rabbis endorsed the use of a legal document devised by Hillel the Elder called the Prozbul. It stated that the loans were to be transferred to the courts, because loans held in public domain did not have to be forgiven. After the shmita year the loan obligations were transferred back to the individual lender.

Centuries later, Moses Maimonides (1138–1204) codified the various shmita laws, including the Prozbul, in his Mishneh Torah, which points to the existence of shmita-related practices during the Middle Ages.

How was shmita observed when Jews returned to Eretz Yisrael and once again cultivated the land?

In the 1880s, Jews began to return en masse. As the shmita year 1888–1889 approached, the chalutzim (pioneers) were barely able to grow enough food to feed themselves. How, they asked the rabbinic authorities, can we possibly let the land lay fallow for a year and survive?

The rabbinic authorities responded by creating a halachic loophole called a hecter mechirah, or “leniency of sale,” which allowed the farmers to sell their land to non-Jews for the duration of the shmita year and buy it back upon the year’s completion. This loophole remains in effect today; consequently, the agricultural laws of shmita are not generally observed in Israel, except by some haredim (ultra-Orthodox Jews), who purchase food grown outside of the country during the seventh year.

How do our Reform kibbutzim approach shmita?

The Reform Movement’s two kibbutzim in Israel are not situated within ancient Israel’s borders, so they are not halachically required to let their land rest during shmita. But Alex Cicelsky, director of research and development at Kibbutz Lotan, says that Lotan members consider shmita too important to ignore, so they’re participating in a year-long study of shmita’s roots with Israel Movement for Progressive Judaism (IMPJ) regional Rabbi Benji Grouber, in order to determine together how it might be best observed in a kibbutz committed to “sustainability and inspired practice.”

Lotan already follows some shmita-related practices of our biblical ancestors, such as interspersing plants that yield food for one year (annuals) with others that can be harvested year after year (perennials). Its members’ commitment to creating a diverse natural habitat in the Center for Creative Ecology’s experimental garden is an agricultural rags-to-riches story. The kibbutz started with no usable soil, only sand, and no rainfall or natural water, and in 1996, only two years into the experiment, they were able to create Israel’s first CSA (Community Supported Agriculture initiative).

How do Israelis approach the social justice component of shmita?

On Kibbutz Lotan, for one, where every member is an owner, worker, and gleaner of the land, the focus on justice is often through the lens of international development. Last year, for example, 50 Tibetans exiled from China learned techniques of organic agriculture and sustainable engineering on the kibbutz, which they are now using to develop their own food independence in rural India.

On the Israeli governmental level, this coming Rosh HaShanah, for the first time, the state is focusing on shmita as a Jewish ethical imperative, rather than as an inconvenient biblical practice that requires a workaround. To help its needy citizens, the Ministry of Welfare has committed to moving 10,000+ families out of debt and providing personal financial education. A second program will relieve elderly Israeli citizens of debts to public utilities and private companies.

How can North American congregations observe shmita in the New Year?

At my congregation, Keneseth Israel in Elkins Park, Pennsylvania, we will provide food for the needy through our community mitzvah garden. One hundred percent of the cucumbers, tomatoes, eggplant, red peppers, and squash grown by everyone, that’s preschoolers through seniors, will be delivered to food pantries. And we’ll be planting during shmita, as we believe that providing food to the poor is a perennial mitzvah. We will also continue our partnership with the Religious Action Center of Reform Judaism and Mazon to lobby our legislators for increased funding to food assistance programs.

Some of the ways North American Jews can make a difference, include

This Rosh HaShanah, I hope all of us will reimagine shmita in such a way that we can manifest, through our actions, the profound intent of this ancient ethical principle: to bring rest, release, renewal, and rightness to the world.

The Biblical Roots of Shmita