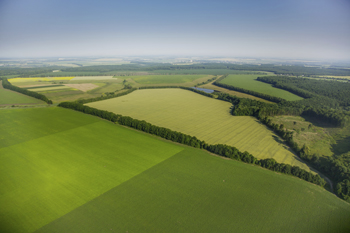 33:1] These were the marches of the Israelites who started out from the land of Egypt, troop by troop, in the charge of Moses and Aaron. 2] Moses recorded the starting points of their various marches as directed by the Eternal. Their marches, by starting points, were as follows:

3] They set out from Rameses in the first month, on the fifteenth day of the first month. It was on the morrow of the passover offering that the Israelites started out defiantly, in plain view of all the Egyptians. 4] The Egyptians meanwhile were burying those among them whom the Eternal had struck down, every [male] first-born—whereby the Eternal executed judgment on their gods.

38] Aaron the priest ascended Mount Hor at the command of the Eternal and died there, in the fortieth year after the Israelites had left the land of Egypt, on the first day of the fifth month. 39] Aaron was a hundred and twenty-three years old when he died on Mount Hor. 40] And the Canaanite, king of Arad, who dwelt in the Negeb, in the land of Canaan, learned of the coming of the Israelites.

50] In the steppes of Moab, at the Jordan near Jericho, the Eternal One spoke to Moses, saying: 51] Speak to the Israelite people and say to them: When you cross the Jordan into the land of Canaan, 52] you shall dispossess all the inhabitants of the land; you shall destroy all their figured objects; you shall destroy all their molten images, and you shall demolish all their cult places. 53] And you shall take possession of the land and settle in it, for I have assigned the land to you to possess. 54] You shall apportion the land among yourselves by lot, clan by clan: with larger groups increase the share, with smaller groups reduce the share. Wherever the lot falls for it, that shall be its location. You shall have your portions according to your ancestral tribes. 55] But if you do not dispossess the inhabitants of the land, those whom you allow to remain shall be stings in your eyes and thorns in your sides, and they shall harass you in the land in which you live; 56] so that I will do to you what I planned to do to them.

34:1] The Eternal One spoke to Moses, saying: 2] Instruct the Israelite people and say to them: When you enter the land of Canaan, this is the land that shall fall to you as your portion, the land of Canaan with its various boundaries:

That shall be your land as defined by its boundaries on all sides.

13] Moses instructed the Israelites, saying: This is the land you are to receive by lot as your hereditary portion, which the Eternal has commanded to be given to the nine and a half tribes. 14] For the Reubenite tribe by its ancestral houses, the Gadite tribe by its ancestral houses, and the half-tribe of Manasseh have already received their portions: 15] those two and a half tribes have received their portions across the Jordan, opposite Jericho, on the east, the orient side.

29] It was these whom the Eternal designated to allot portions to the Israelites in the land of Canaan.

35:1] The Eternal One spoke to Moses in the steppes of Moab at the Jordan near Jericho, saying: 2] Instruct the Israelite people to assign, out of the holdings apportioned to them, towns for the Levites to dwell in; you shall also assign to the Levites pasture land around their towns. 3] The towns shall be theirs to dwell in, and the pasture shall be for the cattle they own and all their other beasts. 4] The town pasture that you are to assign to the Levites shall extend a thousand cubits outside the town wall all around. 5] You shall measure off two thousand cubits outside the town on the east side, two thousand on the south side, two thousand on the west side, and two thousand on the north side, with the town in the center. That shall be the pasture for their towns.

9] The Eternal One spoke further to Moses: 10] Speak to the Israelite people and say to them: When you cross the Jordan into the land of Canaan, 11] you shall provide yourselves with places to serve you as cities of refuge to which a [male] killer who has slain a person unintentionally may flee. 12] The cities shall serve you as a refuge from the avenger, so that the killer may not die unless he has stood trial before the assembly.

13] The towns that you thus assign shall be six cities of refuge in all. 14] Three cities shall be designated beyond the Jordan, and the other three shall be designated in the land of Canaan: they shall serve as cities of refuge. 15] These six cities shall serve the Israelites and the resident aliens among them for refuge, so that any man who slays a person unintentionally may flee there.

29] Such shall be your law of procedure throughout the ages in all your settlements.

30] If anyone slays a person, the killer may be executed only on the evidence of witnesses; the testimony of a single witness against a person shall not suffice for a sentence of death. 31] You may not accept a ransom for the life of a murderer who is guilty of a capital crime; [a murderer] must be put to death. 32] Nor may you accept ransom in lieu of flight to a city of refuge, enabling a man to return to live on his land before the death of the priest. 33] You shall not pollute the land in which you live; for blood pollutes the land, and the land can have no expiation for blood that is shed on it, except by the blood of the one who shed it. 34] You shall not defile the land in which you live, in which I Myself abide, for I the Eternal abide among the Israelite people.

36:1] The family heads in the clan of the descendants of Gilead son of Machir son of Manasseh, one of the Josephite clans, came forward and appealed to Moses and the chieftains, family heads of the Israelites. 2] They said, “The Eternal commanded my lord to assign the land to the Israelites as shares by lot, and my lord was further commanded by the Eternal to assign the share of our kinsman Zelophehad to his daughters. 3] Now, if they marry persons from another Israelite tribe, their share will be cut off from our ancestral portion and be added to the portion of the tribe into which they marry; thus our allotted portion will be diminished. 4] And even when the Israelites observe the jubilee, their share will be added to that of the tribe into which they marry, and their share will be cut off from the ancestral portion of our tribe.”

5] So Moses, at the Eternal’s bidding, instructed the Israelites, saying: “The plea of the Josephite tribe is just. 6] This is what the Eternal has commanded concerning the daughters of Zelophehad: They may marry anyone they wish, provided they marry into a clan of their father’s tribe. 7] No inheritance of the Israelites may pass over from one tribe to another, but the Israelite [heirs]—each of them—must remain bound to the ancestral portion of their tribe. 8] Every daughter among the Israelite tribes who inherits a share must marry someone from a clan of her father’s tribe, in order that every Israelite [heir] may keep an ancestral share. 9] Thus no inheritance shall pass over from one tribe to another, but the Israelite tribes shall remain bound each to its portion.”

10] The daughters of Zelophehad did as the Eternal had commanded Moses: 11] Mahlah, Tirzah, Hoglah, Milcah, and Noah, Zelophehad’s daughters, were married to sons of their uncles, 12] marrying into clans of descendants of Manasseh son of Joseph; and so their share remained in the tribe of their father’s clan.

13] These are the commandments and regulations that the Eternal enjoined upon the Israelites, through Moses, on the steppes of Moab, at the Jordan near Jericho.