Life is full of rules and regulations that we follow on a daily basis. From obeying traffic lights to laws against theft and personal injury, these rules and regulations are part of the social contract that keeps us from crossing boundaries and invading someone else's space, expropriating another's property, or putting us or others in danger.

Much of our twenty-first-century social contract still springs from the ancient laws of Torah, a fact no more in evidence than in this week's parashah, Va-et'chanan. Here we have not only Moses' reiteration of the Ten Commandments, but also his charge to the Israelites to "give heed to laws and rules that I am instructing you to observe" (Deuteronomy 4:1). The Hebrew words for "laws," chukim, and "rules," mishpatim, appear together four times in just fourteen verses (Deuteronomy 4:1, 5, 8, 14), and again later in the parashah (Deuteronomy 4:45; 5:1). If the Torah believes in brevity, why the repetitions? Why use two words when one would do?

Rabbinic tradition, which attaches unique meaning to each word in the Torah, suggests various distinctions between chukim and mishpatim to explain the repetitions. Perhaps chukim involve commandments between humanity and God and mishpatim those among people. After all, Moses goes on to reiterate the Ten Commandments, which also are divided up this way (with the first five relating to God and the second five to humanity).1 Or perhaps chukim are the mitzvot whose purposes are obscure while mishpatim are the mitzvot with clear reasons.2

I suggest another difference: The chukim are immutable laws that stand the test of time—prohibitions against idolatry, theft, and murder; instructions regarding tzedakah and kindness to the vulnerable and poor. And the mishpatim are those rules that evolve over time to meet the needs of the community. Taken together, they form halachah—not a fixed set of regulations unchanged from Sinai until now, but literally, as the Hebrew suggests, "the way to go," the path on which Jews walk through their lives.

Jewish law has never been static; halachah has always incorporated of ideas from other cultures and altered its course to meet changing times. Had the laws of the Mishnah—redacted in Eretz Yisrael in the second century CE—been enough to meet future challenges, the Rabbis would have had no reason to create the Jerusalem Talmud in Israel and the Babylonian Talmud in Babylonia over the succeeding centuries. Had the two editions of Talmud been flexible enough, the Geonim—the Sages of the Babylonian academies—would not have had to issue responsa to resolve real-life conflicts in far-flung Jewish communities. And had the responsa continued to meet needs as Jews migrated and mingled—both voluntarily and through forced expulsions—there would have been no need for the "edicts," takkanot, issued by individual Rabbis or communities, or the medieval law codes that later sought to reimpose some order and unity.

Let's take, for example, the mitzvah in our parashah to "observe the Sabbath day and keep it holy" (Deuteronomy 5:12). The Torah is terse and vague but presumes Jews work the land with the help of animals and servants—all of which get a day of rest. So what happens later, when Jews are urbanized and become business owners and artisans?

The Mishnah (Shabbat 7:2) comes along to outline thirty-nine categories of work, or m'lachot, specifically prohibited on Shabbat. They cover not just traditional rural activities such as plowing, sowing, reaping, and threshing, but also such vocations as construction, tanning hides, and weaving.

The Babylonian Talmud (Shabbat 67bff) then seeks to define the boundaries: What if someone violated them accidentally? What if he transgressed two of the thirty-nine in a single activity, or performed the same taboo repeatedly? Sometimes it seems the Talmud is looking for loopholes; what the Rabbis really are doing is establishing behavioral norms, and their limits, in a rapidly changing world.

Later, Maimonides, in his Mishneh Torah3 (Laws of Shabbat, introduction), pulls us back to what the Torah says about the Sabbath. His five general rules begin with the positive mitzvah of lishbot bash'vi-i, "resting on the seventh day," and only after that are the negative mitzvot of m'lachot listed.

Maimonides' reminder that Shabbat has positive aspects as well as prohibitions provides inspiration for us as twenty-first century Reform Jews. While we may see little value in the way m'lachot are often defined today—no turning on lights, no cooking with heat, no writing—we also recognize that our physical and emotional health depend on disconnecting from the pressures of the work week as life has evolved. For us, Shabbat may mean not turning on a television or a computer; walking instead of driving; enjoying family meals instead of grabbing a snack as we rush off to yet another meeting.

Thus, the holiness of Shabbat commanded by Torah comes to us both as shall and shall not as it always has, but defined differently and uniquely for the challenges in our time. We delight in it as God's gift to us, and we find ways to make it different from the other days of the week as our gift to ourselves and to one another. As my teacher Dr. Mark Washofsky wrote:

"On Shabbat, we leave creation as it is; we disengage ourselves from the material world in order to focus upon the 'inner world' of self, family and friends . . . It is not merely a day off; it is rather an expanse of time that is holy, different in quality and essence from all other days, consecrated both to God and to us for the purpose of our fulfillment as Jews." (Mark Washofsky, Jewish Living: A Guide to Contemporary Reform Practice [NY: URJ Press 2001], p. 84)

When we think of Torah's chukim u'mishpatim only as static laws and rules, we miss the nuance of the language. As Reform Jews, we appreciate the inherent flexible and evolutionary nature of halachah, which can inform and support our decisions about Jewish values and practice. In this way, we keep Torah alive and relevant as the compass that helps us navigate our paths through life's surprises and challenges, as well as its successes and blessings.

Rabbi Audrey R. Korotkin is the spiritual leader of Temple Beth Israel in Altoona, Pennsylvania, and a Ph.D. candidate in rabbinics at Hebrew Union College-Jewish Institute of Religion, from which she was ordained in 1999.

Only one of the laws listed in Va-et'chanan includes a statement that God will not forgive the person who violates it. Surprisingly, it is not the commandment against idolatry, or adultery, or even murder. It is the commandment "You shall not swear falsely by the name of the Eternal your God; for the Eternal will not clear one who swears falsely by God's name" (Deuteronomy 5:11, as translated in The Torah: A Modern Commentary, Revised Edition). 1 "Thou shalt not take the name of the Lord thy God in vain" is an older translation2 that many recognize as the third of the so-called Ten Commandments.

What does it mean to "take God's name in vain?" When I was a child, I was taught that this commandment prohibited saying curse words. But is cursing an unforgivable sin? Is it really worse than murder?

Biblical scholar David Sperling suggests that a better translation of the commandment is "do not speak the Eternal's name to that which is false." 3 In its original time, the commandment may have been understood as "do not identify the Eternal (our God) with another god." Today we could read it as "do not put God's 'label' on actions that are not godly."

For centuries and centuries, atrocities have been committed in the name of God. No wonder people regularly say to me "Rabbi, with all due respect, I don't believe in religion. Think of all the terrible things that people have done in the name of religion."

When people commit atrocities in the name of God, they alienate others from religion. In so doing, they rob others of the joy and meaning that can come from being a part of a faith community and tradition. And that is, indeed, unforgiveable.

When do we read Va-et'chanan

Rabbi Audrey R. Korotkin is the spiritual leader of Temple Beth Israel, Altoona, Pennsylvania, and a Ph.D. candidate in rabbinics at Hebrew Union College-Jewish Institute of Religion, from which she was ordained in 1999.

END_OF_DOCUMENT_TOKEN_TO_BE_REPLACED 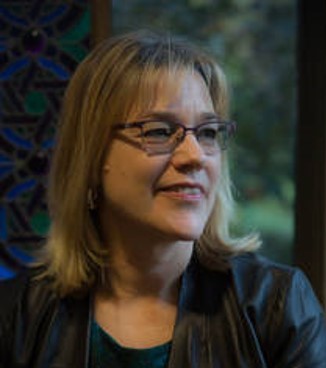 Rabbi Jennifer Jaech has served Temple Israel of Northern Westchester in Croton-on-Hudson, New York since her ordination from HUC-JIR (NY) in 2003.  Prior to rabbinical school, Rabbi Jaech worked in state politics and higher education administration in Washington State.  She lives with her husband David Sperling in Peekskill, NY.