I think of roly poly as a quintessential bubbe-style treat (circa 1950-1980s) that went out of fashion when boomer cooks took over the kitchen. Alas, roly poly disappeared along with old faithfuls, such as mun cookies and various haimish squares that were once the mainstays of canasta and bridge night.

As part of traditional Jewish baking, roly poly, cookie/pastry confection seems to have its roots in vintage British cuisine (though this version is a steamed roly poly pudding). That, and the fact that traditional roly poly calls for Turkish Delight, seems to indicate that perhaps British Jewish immigrants brought that recipe with them when they hit the American shores. As a kid, I recall it was rare that a Jewish event (b'rit milah, b'nai mitzvah, wedding or Shabbat dinner) didn’t feature a platter of this absolutely amazing delicacy. Indeed, women who made it well became community legends, as in, “No one makes roly poly like Ethel”.

In revisiting roly poly, I've made several test batches to update tradition and give it some gentle tweaks for today’s palate. I swapped the usual bergamot or rose water-flavored Turkish Delight with kosher gummy bears to get that chewy sweetness. That was perfect until I lucked out and found natural berry Turkish Delight in my local spice store – a miracle! I also ditched the glacé cherries (they remind me of fruitcake), replacing them with dried apricots and tossing in some dried cranberries with the raisins.

I played around with the dough, too, but in the end, I found that the traditional lean and easy roly poly dough is as contemporary and delicious today as it was years ago. Truth is, overall, there was not a whole lot to "fix" in this sumptuous, trip-down-memory-lane recipe. The only real fix is to remedy the lack of roly poly in the landscape by making some for your next gathering, be it a holiday or Shabbat!

There is one caveat to roly poly, and that is to let them "cure" overnight to give the filling time to soften the baked dough. The taste and texture is totally altered, resulting in pastry that is delicate of crust with an ambrosial filling of all the good things you can stuff into it.

Incidentally, because roly poly is so hard to describe, if you like rugelach, you will love roly poly. 'Nuff said. You can play fast and loose with the filling, (i.e. a bit more of this or that doesn’t make a huge difference).

To fill the dough 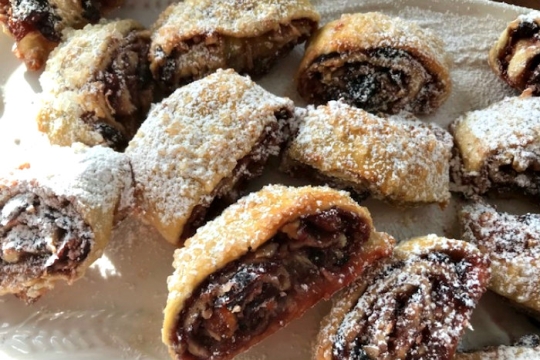 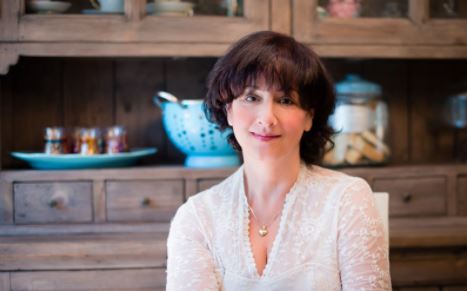 Marcy Goldman is a cookbook author of several titles including the The Newish Jewish Cookbook (February 2019, River Heart Press) and host of the popular website, Betterbaking.com. This recipe is reprinted with permission from The 10th Anniversary Edition of A Treasury of Jewish Holiday Baking (River Heart Press).