Almost every family has a member with an unusual story. Some are entertaining, some funny, and some have great influence over the rest of the family. The rarest of such stories portray the lives and deeds of people who have had a tremendous impact beyond the family. That describes by beloved great uncle Richard Stern -- decorated German soldier in World War I, Jewish resister in Germany during Hitler's reign of terror, Silver-Star-decorated US Army soldier, and unifier of a diverse family.

Both of my parents and their families were German-Jewish refugees who arrived in the United States in the latter part of the 1930s. Richard Stern, my father's uncle who raised him, was the most impactful member of the Stern family from 1928 until the late 1940s. Richard Stern was technically my great uncle, but in emotional reality, he was my grandfather. I knew him until he died when I was a bit over 13 years old.

Uncle Richard was the one sibling of six who tried to make sure all family members stood by each other, stirring them clear of potentially divisive arguments. He absorbed responsibility for family members, though it derailed him from the path of life he would have preferred. Most significantly, after arriving safely in New York City, he did anything possible to assist relatives escape Europe during WWII, despite his own lack of money and his need to get established in America.

What made Richard Stern truly extraordinary, however, were the actions he took beyond his commitment to the family. Perhaps most notable was his act of heroism in the American army in World War II, during a difficult battle in Italy for which he was awarded the Silver Star. It was an action that generated numerous newspaper articles and a radio drama in which Uncle Richard was portrayed by a famous actor.

He certainly was an unusual soldier for the American army. Exempt from being drafted because of his age, Richard Stern insisted on joining anyway. He had served in the German army in World War I, making him a prior enemy of the American military. It was his personal history and dedication that drove him on the path to becoming a hero for the side he had fought against some 20 years earlier.

Back in Germany, Richard Stern had been dedicated to his Jewish community and strongly supported the democratic principles of the German Weimar Republic. So, when Hitler came to power, he felt it was his responsibility as a decorated German-Jewish war veteran to protest the Nazi Party's first official suppressive act against the Jewish community -- the boycott of Jewish businesses on April 1, 1933.

In his home city of Cologne, which had one of the largest Jewish communities in Germany, he was the only Jewish person to take a public stand by standing in opposition at the doorway of his store. A photo of him standing next to a Nazi SA officer would later appear in a book written in German about the history of Jews in Cologne. I never had the chance to talk to him about that picture, which has since been displayed in numerous museums in Germany and appears on the cover of my biography of Uncle Richard, A Doorway to Heroism.

I studied German history in college and had many conversations with Dad about Uncle Richard's life and connection to German history. By the early 1970s, Dad began to do some public speaking about our family's experience in Nazi Germany. He kept pushing Uncle Richard's lesson to him about not forgetting the reason they fought in World War II -- that we must stand up against persecution from white supremacists. When Rodney King was beaten by Los Angeles policemen in 1991, Dad called me in tears, saying it made him feel like he was back in Germany.

For my senior sermon in rabbinic school, I connected Uncle Richard's story to that week's Torah portion, Vayeira, which began with Abraham sitting in the doorway to his tent while recovering from his adult circumcision. That did not stop him from inviting in and feeding three strangers. The subject of the sermon was our responsibilities while being in the doorway of our residence. In the case of Uncle Richard, his responsibility was to resist the Nazi SA officer standing at the threshold of his store and all who would bring harm to his family and people.

When I became ordained as a rabbi, Dad gave me a special present: a framed collection containing the famous picture of Uncle Richard protesting in his doorway, a photo of him in the German army along with the certificate awarding him the Iron Cross, a photo of him as a sergeant in the American army along with the original letter from General Mark Clark awarding him the Silver Star -- and the actual Silver Star that Uncle Richard had promised to give me when I was old enough. It has always hung in my office, and whenever I've faced a difficult situation, I would look up at it to remind me how much more he had to deal with in his life.

In 2012, when I saw Uncle Richard's picture prominently displayed in a major German museum exhibition about the Holocaust, I stood still, staring at it for at least 10 minutes. Dad had died in 2008. How I wished he could have shared with me this moment - the moment I dedicated myself to fully researching Uncle Richard's life story.

When Mom moved out of the family home to an apartment in 2017, we found boxes of stored photo albums and other memorabilia that Dad had collected. To my surprise, one of the boxes contained a treasure trove of Uncle Richard's letters, documents, poems and newspaper articles about him, an original of his protest pamphlet from 1933, plus many more informative items, including his service booklet from World War I. As I got the letters and other items in German translated, I learned much about his life and perhaps the most important lesson he tried to teach his family: Put needs of others before your own.

Uncle Richard was twice a war hero, but above all he valued moral heroism. 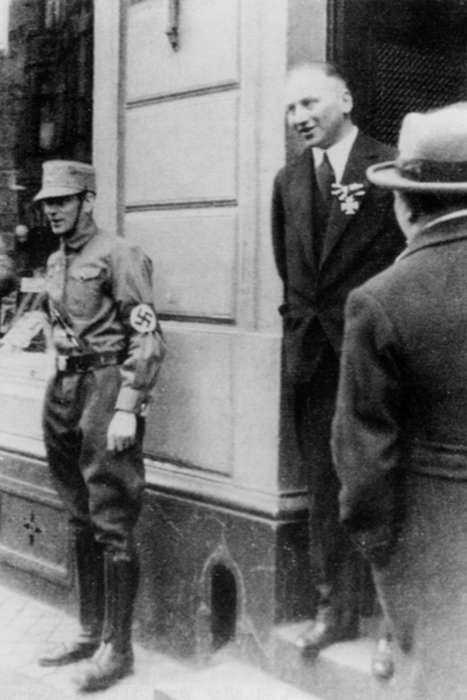 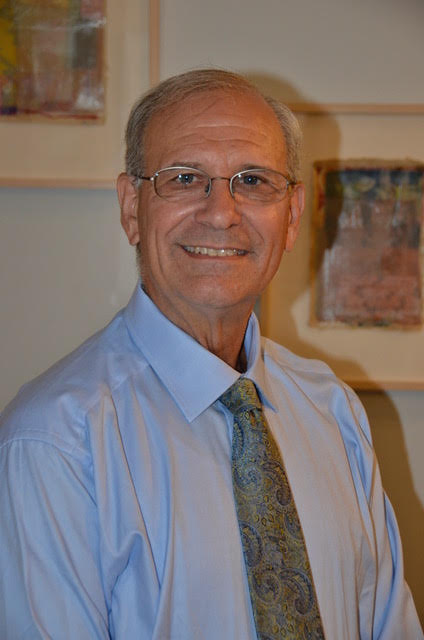 Rabbi W. Jack Romberg retired as the rabbi of Temple Israel in Tallahassee, FL in 2019. As a congregational rabbi, he was deeply involved in the general community, interfaith programs, and non-partisan community issues. This article was adapted from his highly-praised first book, A Doorway to Heroism: A decorated German-Jewish soldier who became an American hero (Amsterdam Press, 2021).