Why Is Challah So Beloved by the Jewish People? 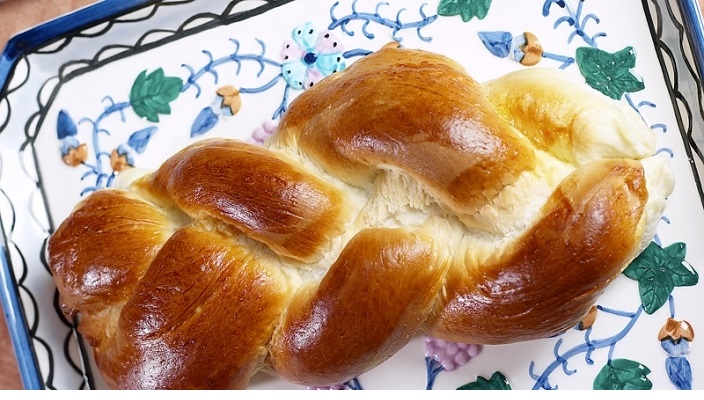 I had never seen a challahchallahחַלָּהA braided egg bread eaten on Shabbat and festivals. Today challah comes in many flavors and varieties, including chocolate chip, gluten free, and vegan. Plural: challot. until I first came to America in 1961, but once I discovered it I began to like it very much.

Why am I writing about challah? Recently, I was contacted by the leadership of the town of Soncino, Italy, requesting information about the use of bread among Jews for a special “bread festival” in their region. This prompted me to think a bit more about the role challah played in Jewish life.

Challah is the quintessential Jewish bread that is eaten on Shabbat and festivals. As a yeast-risen bread, it comes in different shapes and textures, mostly with eggs but others with water, and each baker claiming to have the best recipe. On Shabbat it is braided; on Rosh HaShanah, the Jewish new year, it is round, with all kinds of fancy religious, even mystical, meanings ascribed to it, such as all life is intertwined; roundness stands for completeness and perfection.

Challah’s long history goes back to biblical times, and its meaning and function have changed over the centuries. (By the way, I personally prefer the spelling “hallah,” based on the argument that “challah” is sometimes mispronounced as “tshallah,” with a hard ch- sound as in the word “change.”)

The word challah comes from the Hebrew root hll, “to pierce,” and originally meant a thick, round, and perforated cake often made with oil. The Book of Samuel tells us that King David distributed hallat lehem, maybe ring-shaped bread, to the people after they brought the Ark into a special tent (II Sam. 6: 19; I Chr. 16: 3, which calls it kikar lehem, a round loaf). According to the temple ritual, twelve challot (the plural of challah), made of fine flour, were placed at the altar (Lev. 24: 5). Outside of the temple, all Israelites, during the process of baking bread, were required to set aside a loaf (challah) of bread “as a gift to the Eternal” (Num. 15: 20), which the prophet Ezekiel interpreted as being donations to the priests (Ezek. 44: 30).

In post-biblical times, in line with this temple practice, the Rabbis ordained that a small portion of dough must be taken out and burned, so that “the law of challah may not be forgotten” (BT Bek. 27a). The discarded dough was now called challah. This is the basis of the contemporary custom of marking boxes of Passover matzah with the words, “Challah has been taken,” to indicate that a portion of dough has been removed before the matzah was made.

How did challah become the favorite Jewish bread? It goes back to the medieval times, when in South Germany (15th century), Jews started to adopt from their neighbors this type of bread for the Sabbath and holidays. Sephardic Jews, like me, who were not exposed to this custom, did not use challah for religious occasions, and continued to eat regular bread or pita during all meals.

So, challah, which did not originally mean “bread” but a certain kind of holed-cake, and was adopted from gentiles, in time became the most popular bread in the Jewish world. My favorite is a sweet egg-based challah. Yum!

Feeling adventurous? Try making this recipe for food processor challah or this challah cover with your kids.