What is b’rit milah ?

B’rit milah, (literally, “covenant of circumcision”), also called a bris, refers to a religious ritual through which male babies are formally welcomed into the Jewish people. According to Jewish tradition, it is a parent’s obligation to circumcise a son and offer a threefold blessing for the child: a life enriched by Torah, the wedding canopy (chuppah), and good deeds. Today, a mohel or mohelet is routinely designated by parents to fulfill this custom.

What is a circumcision?

Circumcision is a surgical operation in which the foreskin is removed from the penis. While today many male babies are routinely circumcised, Judaism sets the medical procedure in the context of a significant religious ceremony.

Did b’rit milah originate with the Jews?

For many ancient peoples, circumcision was a central observance, a rite of puberty or fertility, signaling the attainment of manhood at age twelve or thirteen, but a tribal rather than a religious practice.

How did b’rit milah begin?

B’rit milah is the oldest religious rite in Judaism, dating back almost four thousand years. It is first mentioned in Genesis 17, when God commands Abraham: “Every male among you shall be circumcised. You shall circumcise the flesh of your foreskin, and that shall be the sign of the covenant between Me and you. At the age of eight days, every male among you throughout the generations shall be circumcised, even the homeborn slave. . . . An uncircumcised male . . . has broken My covenant.” According to the Torah, Abraham immediately followed God’s command, circumcising himself, his son Ishmael, and all the males of his household. Abraham was ninety-nine years old at the time of his circumcision, while Ishmael was thirteen, which may serve in part to explain the common practice among some peoples of circumcision at puberty. From that time forward, however, Jewish males were circumcised at the age of eight days, not as a symbol of fertility but as a sign of their membership in a covenant people.

Is b’rit milah required for conversion?

When an adult man who is already circumcised converts to Judaism, it is customary to take a symbolic drop of blood - effectively consecrating his pre-existing circumcision as being for the sake of entering the covenant of circumcision, this is called tipat dam (also known as hatafat dam berit).

While the the Reform Movement does not require that converts to Judaism become circumcised (adult berit milah), it is increasingly recognized and practiced as an important aspect of becoming a full member of the Jewish people.

Who performs the circumcision?

According to Jewish law, the father or his representative is responsible for circumcising a male child. At one time, fathers actually circumcised their own sons. Abraham, for example, circumcised both Ishmael and Isaac. Over the centuries, however, the institution of the mohel emerged. The mohel, trained in the surgical procedures of b’rit milah, became a professional representative of the fathers of the community. To this day, most Jews insist upon retaining a mohel to officiate at the b’rit, either with or without a rabbi present. Modern mohalim, including Reform mohalim and mohalot, male and female physicians specially certified in ritual circumcision by the Reform Movement’s B’rit Milah Board, are carefully trained and certified. There is no reason to be concerned, then, about their professional expertise. With the use of topical anesthetic, the procedure does not involve any pain. When babies cry during the brit, it is usually because they are undressed and cold. Babies usually stop crying once they are dressed and held.

Family physicians can also be asked to perform the circumcision. The physician, when one is used, should be Jewish and may be joined by the leader of the religious ceremony of b’rit milah, whether a rabbi or a parent.

Are others involved in the ceremony?

The sandak (“godfather” or “godmother,” derives from a Greek term meaning “one who is with the child” or “patron”) sits and holds the infant while the ritual is performed.  When German Jewry introduced the concept of a kvatter and kvatterin (godfather” and “godmother”) in addition to the sandak, their assumption was that this couple would be copartners with the parents in providing for the child’s Jewish upbringing. Parents today will usually ask close friends to be godparents to their newborn baby. It is considered a great honor.

A treasured Jewish legend holds that the prophet Elijah is present at every b’rit milah. Elijah, most commonly thought of as the forerunner of the messianic age, is also often considered the “angel of the covenant” (Malachi 3:1), a protector of little children—in effect, the “guardian angel.” Jews, therefore, set aside a special chair for Elijah at the b’rit, with the baby placed in the chair prior to the circumcision.

What should one expect at a b’rit milah?

Customarily, two candles are lit in the room where the ceremony is to take place as symbols of life and the presence of God. (At one time, the lighted candles very probably were also intended to ward off possible demons that might try to harm the baby.)

Is there any ceremony like b’rit milah for baby girls?

Originally, Judaism had no special home celebration to welcome female infants into the covenant. Traditionally, fathers were given an aliyah (the honor of reciting the blessing before and after a section of the weekly Torah portion was read) at the synagogue the first Shabbat after a girl was born. At this time the child also received a Hebrew name. After services, both mother and father were honored at a congregational kiddush. In Reform synagogues, a baby-naming ceremony involving both parents was celebrated most commonly thirty days after the birth. Still, the absence of a special home ritual was disturbing, especially to liberal Jews. A few congregations began to create their own ceremonies for girls, and the popularity of the idea quickly made it a widespread practice among many Reform and Conservative families.

Ceremonies that celebrate the birth of a daughter and her entry into the covenant of the Jewish people are known by a variety of names, including b’rit bat. They are a wonderful opportunity to celebrate daughters and are an important part of Reform Judaism's egalitarian approach to Judaism. 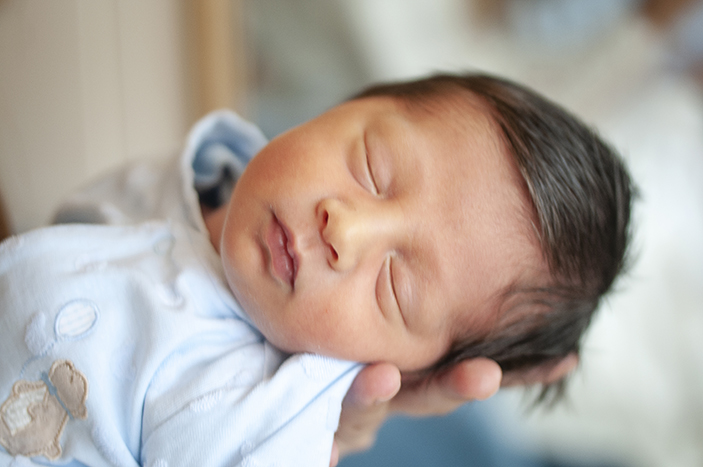