Hineh Mah Tov: Creating Togetherness That is Pleasant and Good 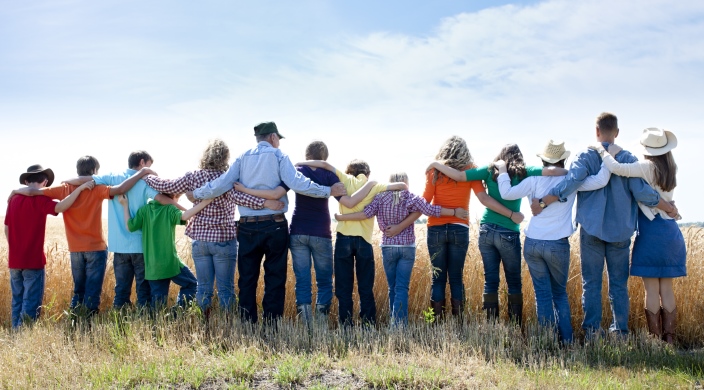 Hineh mah tov umah na'im shevet achim gam yachad!
Behold, how good and how pleasant it is for people to dwell together in unity! (Psalm 133:1)

In the Jewish world, countless services and lifecycle events open with this verse, attributed to King David. For those who derive inspiration from these words – and the many melodies set to them – this verse provides comfort, engenders connection, and transforms gatherings.

I’ve always felt that the wide use of this verse may also be a reminder that goodness in coming together is not necessarily a default state. Rather, Psalm 133:1 asks us to bring mindfulness and attention into the experience of being a community.

Every summer, between the 17th of the Hebrew month of Tammuz and the 9th of the month of Av (a period that falls, this year, from July 4 – 25), Jews observe a period known as the Three Weeks, or Bein ha-Metzarim (“between the straits”). Our tradition teaches that the destruction of the First and Second Temples and the subsequent exile of the Jews from the land of Israel took place during this time period. Accordingly, the Three Weeks are a time of reflection.

One midrash (rabbinic interpretive literature) attributes that destruction and exile to an atmosphere in which pleasantness and goodness among people who dwelled together were replaced by sin’at chinam, a baseless hatred (Babylonian Talmud, Tractate Gittin, folio 56a). Such an atmosphere is characterized by people who hate each other for no particular reason and by community leaders who make no attempt to fix the injustices they witness.

Throughout the year, when we sing “Hineh Ma Tov,” we’re provided with the opportunity to reflect on ahavat chinam, a love that exists purely and without ulterior motives – and its presence in the relationships we have with people in our immediate and larger communities. This reflection is especially important throughout the Three Weeks, when the dangers of sin’at chinam, a lack of compassion and love, are highlighted.

As I reflect on ahavat chinam, I feel fortunate to serve as cantor of Congregation Beth Chayim Chadashim, the world’s first lesbian and gay synagogue. Since becoming involved with this community in 2009, I continue to learn what it genuinely takes to create a true sense of togetherness that is pleasant and good. “Dwelling together in unity” requires acceptance, willingness to engage, and the courage to be authentically ourselves. How can we reach that place?

Our congregation was founded in 1972, by and with an outreach to lesbians and gay men, and our members have been no strangers to marginalization, senseless hate, and discrimination. By recognizing each other in our personal stories, though, our congregation is today an inclusive community of progressive lesbian, gay, bisexual, and transgender Jews, together with our allied families and friends, who mindfully bring love into every interaction. When we sing “Hineh Ma Tov,” we include our male brothers (achim), female sisters (achayot), and all gender non-conforming friends (kulanu) to welcome every gender-expression. It’s our way of encouraging everyone to be authentically themselves.

In June, our congregation co-sponsored a 10-day mission of LGBTQ activists to Israel with A Wider Bridge. In one of the many highlights of the trip, we attended a jam-packed session at the Knesset, where Knesset members met and engaged with representatives of the LGBTQ community. Witnessing Israeli lawmakers from across the political spectrum (except the religious parties, unfortunately) be equally moved by these stories truly created a sense of unity.

I was also surprised by the power of engagement in the group’s visit to the West Bank. In all of its complexity, speaking to a gay Palestinian in Bethlehem and listening to his story again created a sense of hope and connection – one that quieted the fear and tension of being in an environment I’d previously associated with hostility.

This year, at our congregation’s annual awards brunch, we honored American actor Jeffrey Tambor, who was awarded the 2015 Golden Globe for Best Actor in a Comedy for his portrayal of Transparent’s Maura, who spent her life as Mort, the Pfefferman family patriarch. After Maura reintroduces herself to her family, everyone’s secrets start to come out. Tambor’s contribution to the visibility of transgender people fosters the ability to truly connect with the “others” within our communities.

All these recent events in my life were driven by people dedicated to connecting communities and individuals so they can reach a state of unity based on love and recognition. Can you identify similar events in your life?

According to Rabbi Shim’on Bar Yochai, the word gam (literally meaning “as well”) in the Hebrew setting of Psalm 133:1 is interpreted as the Shechina, the Divine dwelling (Zohar, Acharei Mot, Chapter 64-65). Perhaps we truly invite God into our interactions when we dwell together in unity without self-interest and based on ahavat chinam – love for no reason, love that wells up on its own. It’s not an easy state to reach, but it is up to us to keep trying.

During the Three Weeks and year-round, may we recognize the instances in our lives that inspire us to connect authentically and to invite in the Divine dwelling – and may they be an integral part of the many ways we create togetherness. Hineh mah tov indeed. 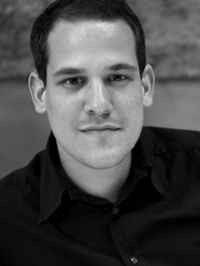 Cantor Juval Porat graduated from the Abraham Geiger Kolleg’s Cantorial School in 2009, and is the first cantor to be trained and invested in Germany since World War II. Juval, a member of the American Conference of Cantors (ACC) has been serving congregation Beth Chayim Chadashim in Los Angeles since 2009.

END_OF_DOCUMENT_TOKEN_TO_BE_REPLACED

Twenty-year-old Shayna Goldberg is young adult songleader and performer with EPIC Players, a New York-based nonprofit theatre company that opens the stage to all types of artists and seeks to shine a light on neurodiverse talent. Along with her family, she is a part of the Adath Emanu-El community in Mount Laurel, N.J.
Jewish Music
Image

Growing up, Aaron Bendich would spend lots of time with his grandfather Max in the North Bronx, in a house “filled to the brim” with records, videotapes and CDs. Among Max’s collection were recordings of Yiddish songs and other Jewish music.
Jewish Music
Image