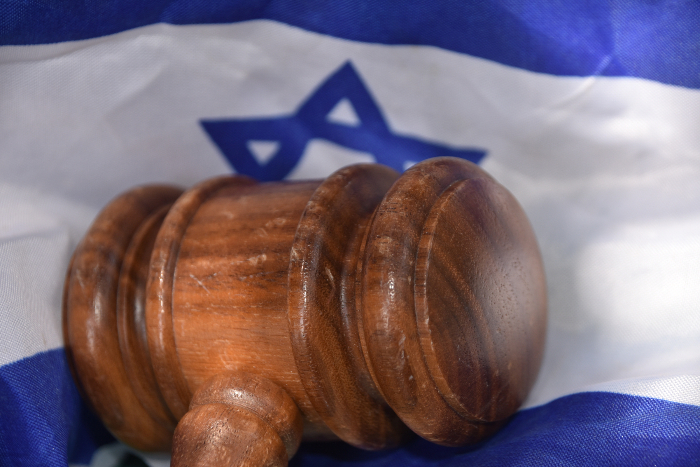 “But Ruth replied, “Do not urge me to leave you, to turn back and not follow you. For wherever you go, I will go; wherever you lodge, I will lodge; your people shall be my people, and your God my God.” (Ruth 1:16)

Erika had been living in Israel since 2001, and after five years, she converted to Judaism. Soon afterward, she went in and out of Israel, became sick with cancer, and was forced to pay for cancer treatments out-of-pocket – because, despite everything, she was not eligible for citizenship, as her conversion was unrecognized.

This week, Erika will be able to make aliyahaliyahעֲלִיָּה"Going up." The honor of being called to recite the blessings before and after the Torah reading. Also refers to immigration to Israel, to "make aliyah" to Israel; plural: aliyot. Lit. "Ascent." and become a citizen of Israel. This week she will be able to become as citizen of her only physical and spiritual home.

Alejandro, who believes that his family has Jewish roots, had temporary status as a result of being married to a Jewish citizen of Israel. He embarked on the conversion process, and even after his marriage dissolved, he continued to live a full Jewish life in Israel – despite not being recognized as a Jew and remaining ineligible for citizenship.

Now, Alejandro can finally fulfill his dream of becoming an Israeli citizen and living a Jewish life in Israel.

Erika, Alejandro, and countless other Jews like them can finally become full Israelis under the Law of Return after the Israeli Supreme Court ruled to recognize Reform and Conservative conversions. The ruling came on Monday after a 15-year battle in the courts that saw 10 separate petitions.

How the Supreme Court Ruled

The court delayed issuing a decision for years, arguing that the legislative process ought to resolve this issue, but with the apparent lack of a legislative process in the Knesset, the court could no longer justify keeping the petitioners in perpetuated peril, and declared its historic and courageous decision.

Under the Law of Return, the right to immigrate to Israel is supposed to be granted to anyone whose status as a Jew is universally acknowledged; people with at least one Jewish grandparent; spouses of Jews; and converts to Judaism. But for that to happen, of course, one’s conversion/Jewishness needs to be accepted by the authorities.

When Rabbi Moshe Zemer, z”l, officiated at the first Israeli Reform conversion more than a half century ago, he probably couldn’t have imagined it would take this long. Rabbi Uri Regev, who led this campaign throughout the 1980s and 1990s through the famed Ne’eman Commission, made significant successes, and helped pave the way. Today we celebrate the accomplishment of our Israeli Reform Movement (IMPJ) and the legal team of the Israel Religious Action Center (and their Legal Aid Center for Olim).

What the Ruling Means for Israel Now

The Supreme Court’s recognition of conversions performed by the Reform and Conservative Movements in Israel means that these Jews-by-choice will now receive Israeli citizenship when until now they were unable to.

“The Supreme Court stood beside these [individuals] who chose to be Jewish, and once again ruled that the State of Israel is a homeland for all Jews, and that the ultra-Orthodox monopoly may not control conversion in Israel.”

More broadly, we hope this landmark ruling is a significant factor in dismantling the monopoly of the Orthodox and ultra-Orthodox Chief Rabbinate over questions of Jewish identity that pose one of the main sources of tension within Israeli society.

The Shas party (ultra-Orthodox Sephardic party) Minister of the Interior Aryeh Deri emphatically vowed to fight this ruling, claiming that the decision underlines the court’s disconnect from the majority of the Israeli people, “who want to maintain the Jewish state and preserve Judaism according to traditions that go back thousands of years.”

Well, the Jewish people have been welcoming people in for thousands of years, and this ruling takes a tremendous step forward in proving that Israel is the Jewish State for all Jews.

“If the state of Israel claims to be the nation-state of the Jewish world, then the state of Israel must recognize all the denominations of Judaism and imbue them with equality and respect,” said Rabbi Gilad Kariv, head of the Reform Movement in Israel and a candidate with the liberal Labor Party in upcoming parliamentary elections.

For many of us in North America, it is almost unthinkable that the conversions of our rabbis, through our Batei Din and run out of our congregations, would not be recognized by the State (U.S. or Canada), and now that dream – or fundamental right – has been rectified in the State of Israel. This is a moment for us to be proud – not of the Government of Israel, who attempted to undermine the process and placate the Haredi parties, but for the Supreme Court, the rule of law, and an end to an agonizing wait for many individuals.

We know that the challenges are not yet behind us, but together we will continue to do all we can to support our brothers and sisters in Israel and to work on behalf of our values.