A Holiday Travelogue: 9 Hanukkah Customs From Around the World 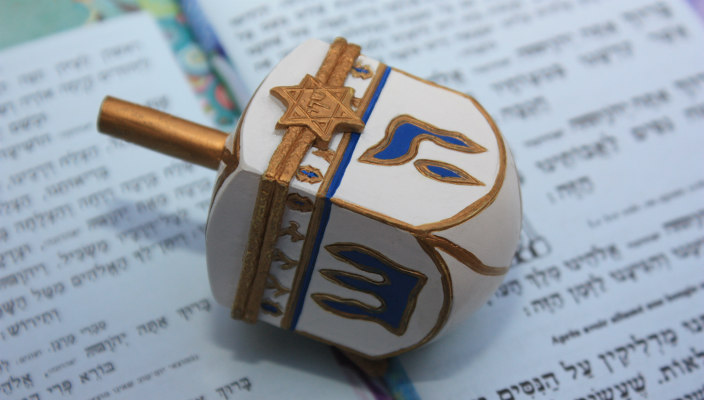 In many parts of North America, we dream of a white Hanukkah (or we wish for the opposite); other Jewish communities – Australia, for example – celebrate the Festival of Lights in the heat of summer or, as in Alaska, in constant darkness.

Here are some of the unique Hanukkah traditions of nine countries around the world – some warm and some cold – to inspire you this year. What are your family's holiday customs?

In their cooking, Cubans use plantains in much the same way Americans and Canadians use potatoes: mashing them, baking them, and frying them. It should not come as a surprise, then, that Cuban Jews make fried plantains, otherwise known as tostones or patacones, for their Hanukkah celebrations. Here’s a plantain recipe you can try at home.

The Jews of Aleppo were descendants of Sephardic Jews expelled from Spain in 1492. When they finally found a safe haven in Syria, they vowed to light an additional shamash (helper candle) on Hanukkah as a sign of thanks.

Today’s Syria is a much different country. This Hanukkah, consider adopting the Syrian Jewish tradition of lighting an additional shamash in solidarity with refugees who have fled their homes in search of shelter and peace.

In the wine-making region of Avignon in the south of France, it is customary to end the Shabbat that falls during Hanukkah by opening a new bottle or cask of wine.

After Havdalah, Jews would travel around the neighborhood to various homes, tasting the wines and toasting the holiday. This is a fantastic way to build community and celebrate the holiday with family and friends.

In Spanish, Hanukkah is known as Januca or Lucenarias – the feast of lights. Mexican children play a game called toma todo (winner takes all), which is similar to the version of dreidel that we play except the top has six sides instead of four. The toma toda dreidel is known as a pirinola.

On Tishah B’Av, we read the Book of Lamentations, often in complete darkness. There is an Italian custom of saving the candle that was used to help us read on Tishah B’Av to help us light the menorah during Hanukkah.

On Tishah B’Av, we mourn the destruction of the Holy Temple; on Hanukkah, we celebrate its rededication. Using the same candle for both occasions connects the two events: On Tishah B’Av we are sad, but on Hanukkah we rejoice as we rekindle this same light as the shamashshamashשַׁמָּשׁHelper candle used to light the other candles in a menorah. for our festival of freedom.

Although there is no longer a distinguishable population of Jews in Kurdistan, many Kurdish Jews still observe two unusual Hanukkah customs.

The first is similar to the giving of Hanukkah geltgeltכֶּסֶף"Money" (Yiddish); often given as a Hanukkah gift; used for playing dreidel. , but with a twist: a week before the holiday, children lock the doors to their rooms. Their parents must give them coins in order to gain entry.

The second custom was developed by Jews too poor to afford a hanukkiyahhanukkiyahחֲנֻכִּיָּהNine-branched candelabra used during Hanukkah – eight branches for each night of the holiday, plus another branch (often taller, central, or more prominently displayed) for the shamash (helper) candle, which is used to light the others. . They used eggshells as cups for wicks and oil, lighting the required number of cracked shells every night.

Be creative and find other ways to repurpose everyday objects as a sign of light and hope on Hanukkah!

Jews in Morocco extended the joy of Hanukkah into a ninth day, which became known as “the day of the shamash.” On that day, children would go from house to house, collecting leftover Hanukkah candles. Then, they would make a giant bonfire, dancing and singing around it, and jumping and leaping over it.

(As an aside: Another fun way to repurpose extra Hanukkah candles is to soak three candles in hot water, then twist the softened wax together for an instant miniature Havdalah candle.)

In Israel, Cantor Evan Kent writes that, "Hanukkah is a holiday without the limitations of other holidays: we can go shopping, we can drive, the buses and trains run. And yes, everyone is seemingly in a good mood. The sufganiyot help the atmosphere, of course. It’s impossible to be in a bad mood while eating a jelly donut."

He continues: "But Hanukkah isn’t only about the donuts. It’s about the entire city coming together in a rare show of cultural solidarity to observe the holiday." Read more about Hanukkah in Israel in Cantor Kent's own words.

The seventh day of Hanukkah coincides with Rosh Chodesh Tevet, the beginning of the Hebrew month of Tevet, which has become a holiday within a holiday for Tunisian Jews.

Known as Chag haBanot (Festival of the Daughters), girls and women celebrate the courageous act of Yehudit, the Jewish woman who saved the Jewish nation by killing the general sent by Antiochus, the evil ruler of the Syrian-Greek Empire.

In celebration of the day, women do no work and instead visit  each other, eating doughnuts and honey cookies. The holiday is particularly special for young women engaged to be married in the coming year.

Wishing you a Hanukkah that is filled with love, light, and the celebration of your own unique family customs!

Want to know more about global Hanukkah customs? Learn about Hanukkah foods around the world.