A Kid-Friendly Version of the Hanukkah Story 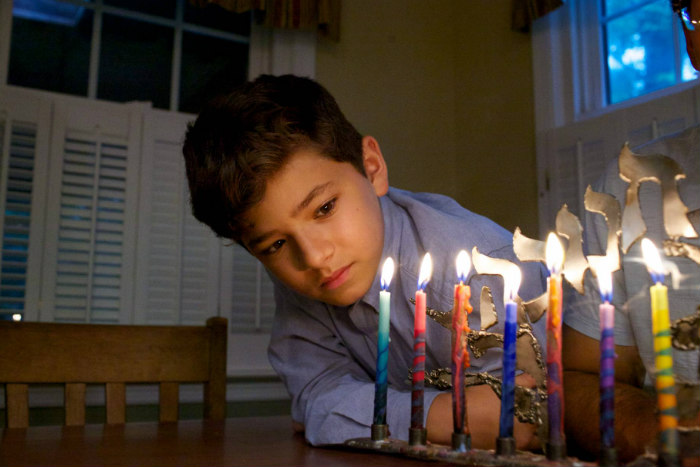 King Antiochus counted many Jews among his subjects, and, just like so many of us today, our Jewish ancestors lived their lives according to Jewish custom and tradition. Like us, they celebrated Shabbat and marked the festivals of Passover, Sukkot, and Shavuot. Unlike us, though, our Jewish ancestors worshiped at the ancient Temple in the city of Jerusalem. This Temple was the holiest of holy places, the center of Jewish life.

But King Antiochus did not want to rule over a nation of many religions and many cultures; he wanted to rule one nation with one religion and one culture. He wanted all the people of his land to live the way he lived and to pray the way he prayed, according to Greek customs – and this meant that he did not want the Jewish people to dress differently or worship differently or eat differently.

Many Jews were afraid for their lives, so they felt forced to follow the king’s orders. But one group of brave souls decided that they would not submit to the king; they would not worship foreign gods or give up their Jewish way of life. This group was called the Maccabees, and they were determined to take back their Temple and defend their religious freedom.

The Maccabees were led at first by a man named Mattathias, and then, later, by his son Judah. Compared with the King’s army, they were small in number, but they were mighty in spirit. With faith and relentless determination as their guides, the Maccabees won a stunning victory over the King’s army. They fought hard and, against all odds, they won.

The Maccabees successfully took back the Temple from King Antiochus, but they were heartbroken to discover that the King had not taken care of their holy space. They got to work cleaning and purifying it, and they removed all the foreign idols and altars the king had set up inside. They lovingly cleansed every inch of the Temple, and then, on the 25th day of the month of Kislev, the Maccabees held a glorious rededication ceremony. The word “Hanukkah” means “dedication,” and it comes from the moment when the Temple was triumphantly returned to the Jewish people.

The most famous story about that rededication comes from our Talmud, where we read that, when the Maccabees walked into the Temple, they found only enough oil to light the menorah (lamp) for one day – but miraculously, that small amount of oil lasted for eight days, which is exactly how long it took to get new oil.

Today, our celebration of Hanukkah lasts eight days, in honor of the miracles that occurred so many years ago. We light eight candles on the hanukkiyahhanukkiyahחֲנֻכִּיָּהNine-branched candelabra used during Hanukkah – eight branches for each night of the holiday, plus another branch (often taller, central, or more prominently displayed) for the shamash (helper) candle, which is used to light the others. (one candle the first night, two the second night, and so on) and we eat latkes (potato pancakes) and other foods fried in oil. We spin the dreidel, whose letters remind us “Nes Gadol Haya Sham,” “A great miracle happened there.” We give and receive chocolate geltgeltכֶּסֶף"Money" (Yiddish); often given as a Hanukkah gift; used for playing dreidel.  and often exchange gifts, too.

For another way to teach the Hanukkah story, listen to and discuss "Judah Maccabee" by Rabbi Joe Black.

The Hanukkah Story for Kids: Maccabees, miracles and dreidels

The Jewish holiday of Chanukah is known as the festival of lights. Find out why! Plus, instructions on how to play dreidel. Enjoy this video and more with BimBam