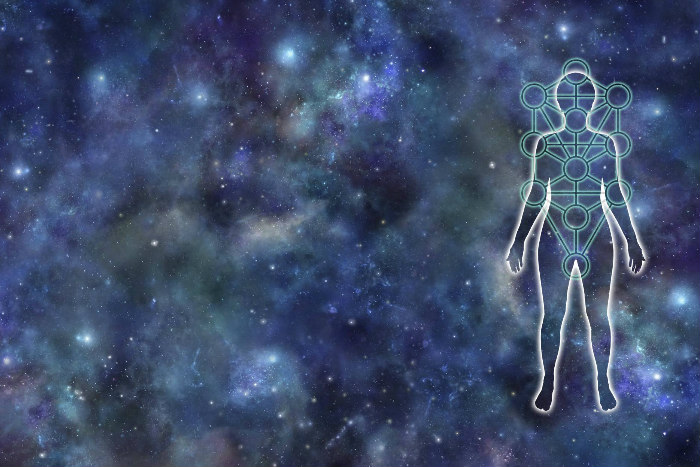 While many Jews are familiar with the exoteric, or outer, part of Judaism (e.g. communal prayer, ritual, holiday observance, etc.), the esoteric – inner, deeper part of Judaism – is something that many know little to nothing about. However, thanks to an increased interest in spirituality, meditation, and life’s deeper meaning, many Jews have begun learning more about Kabbalah, Jewish mystical practice.

Because mysticism can be quite dense and cryptic, this is not always an easy task. However, Brian Yosef Schachter-Brooks – a Jewish spiritual teacher, musician, and founder of the online Kabbalah meditation community Torah of Awakening – sought to make Kabbalah accessible to all who wish to embrace it. His new book Kabbalah for Beginners, explains Kabbalah’s history, concepts, and teachings in ways that readers can understand, giving them a solid grounding in Jewish mysticism.

To learn more, we spoke with Schachter-Brooks about his new book and his own experience as a Kabbalist.

ReformJudaism.org: What compelled you to first study Jewish mysticism?

Brian Yosef Schachter-Brooks: From a very young age, I was attracted to anything spiritual. The summer before eighth grade, I went with my friend’s family to Europe. When we were in England, I bought books on Western occultism, and I noticed that they all referred to something called Kabbalah.

As I studied more, I was excited to learn that Kabbalah is Jewish. Although I knew very little about my own Jewish heritage, I had always sensed that there was something very deep and hidden within my own tradition.

Throughout my teen years, I studied everything I could about Kabbalah, and I meditated regularly. When I was 18, I had a temporary “spiritual awakening” experience that fueled my quest even more. In college, I started learning and practicing traditional Judaism for the first time.

But at age 29, my years of Kabbalistic learning and practice produced a lasting shift in consciousness. From that point on, I began teaching and leading meditation at a local synagogue in the California Bay Area, which would evolve into Torah of Awakening.

How did the idea for this book originate?

In early 2020, I was approached by Rockridge Press to write a beginner’s book on Kabbalah, which I gladly accepted. This writing process was completely new for me because the company gave me an outline from which to write (including chapter names, subsections, page counts, etc.) with the freedom to alter it.

Their proposed outline was so different from what I would have come up with on my own, and at first, I rejected it and started creating an entirely new structure for the book. But then I realized: It might be a fun challenge to write it exactly according to what they gave me, so with the exception of just a few sections, that’s what I did, and I am happy with the result.

What enriches and inspires you the most about Kabbalah?

I was always fascinated by ultimate questions about the purpose of existence and how to live one’s life in alignment with one’s purpose. I would eventually realize that these types of questions couldn’t be answered through belief systems or ideologies; they had to be answered through a process of inner discovery. Mysticism, in all its many forms, is a path toward expanding consciousness to make this discovery.

How can Jews who struggle with belief in God find a new perspective through Kabbalah?

I usually begin with talking about the Name of Godnames for Godאֱלֹהִים / יְהֹוָה / הַשֵּׁם /אֲדֹנָי /אֵל שַׁדַּי /הַמָּקוֹם The most holy of these names is YHVH—otherwise known in Greek as the four-letter Tetragrammaton. This Name was said once annually by the Kohen Gadol (High Priest) on the afternoon of Yom Kippur in the Holy of Holies in the Temple in Jerusalem. After the Temple was destroyed by Rome in 70 C.E., knowledge of how this Name was pronounced passed from the community. Most scholars believe it was articulated as "Yahweh." Today, though the Hebrew letters—yod-heh-vav-heh—are printed in the Torah and religious writings of the Jewish people, it is never pronounced as it was once said. Instead, the name Adonai (meaning, "my Master" or "my Lord") is said. Note the vocalization (i.d., vowels) beneath YHVH is usually identical to the vocalization of Adonai. Some Jews write "God" as "G-d." This second spelling leaving out the "o" derives from this tradition of not pronouncing the holiest of God's names, YHVH. It is, however, a stretch to transfer this idea to the English designation of God, and the Reform movement does not accept this variant spelling, though many Reform Jews continue to do so. in Hebrew that could be transliterated as YHVH. In English, this Name is often translated as “Lord,” but in Hebrew, it doesn’t mean “Lord” at all. It actually means “Being” or “Existence.”

In Kabbalah, this Name points to the idea of God not as a separate entity, but as Reality Itself. In this understanding, God does not “exist,” God is Existence.

Once people understand the idea of God as the Reality in which everything takes part, it’s much easier to relate to God not through the mind and beliefs, but through bringing awareness into connection with their immediate experience.

God is not somewhere else; God is manifesting right now as the fullness of the present moment.

How can educators make Jewish mysticism palatable to those starting their Jewish journeys or looking to reconnect with Judaism?

I think the key is for the educators to be practitioners themselves and work to connect Torah with consciousness. This way, they can innovate new ways to present this material according to the needs of the students they work with.

How has the COVID-19 pandemic affected those who come to you for guidance?

So many people have been deeply affected, both psychologically and financially, by the pandemic. As a teacher, my work has grown a bit, not only because people are doing more activities online in general, but also because people are seeking relief from anxiety and depression.

In my view, meditation and Jewish learning are crucially important without a pandemic, but it’s not easy for people to realize this. I think this pandemic has shown people their need to discover what is beyond the suffering created by the mind and the ego. I make my teaching available to anyone who interested; no one is turned away.

What advice do you have for those who are dealing with anxiety and depression and loneliness right now?

I think the most important thing is balance. I recommend that everyone have a schedule, and make sure the schedule includes things that keep them healthy and growing mentally, emotionally, and spiritually. Meditation, physical exercise, learning new things, and connecting with other people are vital.

Those who are drawn to the lineage of Judaism and Kabbalah are invited visit to TorahOfAwakening.com for learning and free daily meditation via Zoom.