Judge a Society by Its Hospitality

To live in a period when public officials and private citizens demonize “the other” — immigrants, foreigners, strangers, women, individuals of different sexual orientation, and the poor — is to live in tragic times. Whereas welcoming the outsider is the biblical underpinnning of so many Genesis narratives, this sacred principle is not always preeminent because the Bible is a human book that not only promotes ideals, but also notes the failure to live up to them. Vayeira provides such a contrast between depravity and disregard for outsiders on one hand, and kindness, generosity, and hospitality to strangers on the other.

In the account of Sodom and Gomorrah, the Torah comments: “The outcry of [za’akat] Sodom and Gomorrah — how great it is, and their crime [chatatam] — how grave it is!” (Genesis 18:20). However, this text offers no further elucidation of sins committed by the citizens of these doomed cities. In contrast, the Torah is clear that a previous society of evildoers, the generation of the flood, was destroyed because “the earth was filled with lawlessness [chamas]” (Genesis 6:11).

The remembrance of the merciless and cruel behavior of the inhabitants of Sodom and Gomorrah who were hardened to kindness and compassion is echoed in the words of the Prophet Ezekiel:

Only this was the sin of your sister Sodom: arrogance! She and her daughters had plenty of bread and untroubled tranquility; yet she did not support the poor and the needy. In their haughtiness, they committed abomination before Me … (Ezekiel 16:49-50)

With no detailed information about the sins of the people of Sodom and Gomorrah in the Torah, Sages and scholars visualized sins of lust and sexual depravity because this opportunistic and inhospitable people treated strangers as fair game, subject to any imaginable violation, abuse, or whim. This interpretation is based on an incident in which Lot extended hospitality to two strangers, whereupon the townspeople demanded that Lot turn them over in order that “we may be intimate with them” (Genesis 19:5). However, mindful of the ancient hospitality code that demands that a guest in an individual’s home has the absolute protection of the host, Lot tried to shield the men from harm’s way by offering the Sodomites his young virgin daughters instead of his guests:

He said, “Please, brothers, do no evil! Look — I have two daughters who have never been intimate with a man: let me bring them out for you, and do to them as you please. But do nothing to these men, for they have come under the shelter of my roof. (Genesis 19:7-8)

Thus Lot was portrayed as both a solid citizen and a flawed human being. He not only offered his virgin daughters to the rabble-rousers in order to protect his two guests, but also two further accounts document father-daughter incest, unholy unions with his daughters that resulted in the birth of Moab (meaning “from father”) — “he is the father of the Moabites of today” and Ben-ammi (meaning, “son of my kin”) — “he is the father of the Ammonites of today” (Genesis 19:33-38). It is no wonder that the name of the ancient city of Sodom becomes synonynous with sexual perversion. Nevertheless, the sins of Sodom and Gomorrah must have been appreciably more heinous than Lot’s contemptable behavior, because he and his family were exempted from the punishment that befell all the other denizens of those wicked cities.

A further moral failure read into the limited available textual information was the refusal to extend a helping hand to those in need. The Talmud imagined that the citizens of Sodom decreed death to anyone who fed the poor:

A certain maiden gave some bread to a poor man, [hiding it] in a pitcher. On the matter becoming known, they daubed her with honey and placed her on the parapet of the wall, and the bees came and consumed her. Thus it is written, (in Genesis 18:20), “The “outrage” [za-akah] of Sodom and Gomorrah is so great, and their sin so grave! (Babylonian Talmud, Sanhedrin 109b)

The Talmud further tells how the people of Sodom offered the appearance, but not the actuality, of hospitality to strangers:

A second text in Vayeira (Genesis 18:1ff) offers a distinct contrast to the behavior of the Sodomites. It describes God’s appearance before Abraham as Abraham sat at the entrance of his tent when three men seemed to appear out of nowhere. Abraham terminated communication with God in order to offer hospitality to these strangers. He prepared a feast and offered them an opportunity to refresh themselves. So important was hospitality to Abraham that he allowed this moment of religious ecstasy to be interrupted. He affirmed the important lesson that social responsibility must supercede religious belief and practice, later articulated in the Talmud: hachnasat orchim — “Welcoming guests is greater than welcoming the Divine Presence” (Babylonian Talmud, Shabbat 127a).

Vayeira contrasts the the treatment of people at the margins of society — they can be ignored or welcomed, abused or protected. Everyone benefits when hospitality for outsiders is woven into the fabric of society, an important lesson that needs reinforcement in every age, especially during this modern age when the political climate demonizes “the other,” rather than honoring and uplifting the stranger in our midst.

Rabbi Stephen S. Pearce, Ph.D. is senior rabbi emeritus of Congregation Emanu-El of San Francisco, and a faculty member of the Fromm Institute for Lifelong Learning at the University of San Francisco and the Beyond The Walls: Spiritual Writing Program at Kenyon College. He is the author of Flash of Insight: Metaphor and Narrative in Therapy and other articles, poems, and books.

Individual Courage and the Value of One

Often I feel sorry for Lot. Now, he is by no means a gold-standard role model, but I am saddened how his legacy has been blotted over time. While some Rabbinic Sages are milder in their portrayal, frequently Lot is presented in a negative light, vilified, depicted as wicked, lustful, greedy, and a drunk.1 It is also possible Lot’s negative attributes were exaggerated to create a stronger foil for Abraham, elevating the Jewish patriarch’s merits.2 But I must wonder if the ordeals that Lot endured, and his reactions to them, show him actually to be more praiseworthy and set an example for our modern society.

In Parashat Vayeira, Lot stood up against the horrific practices of his neighbors in Sodom and Gomorrah, seeking to do what was right, even when confronted endlessly for not conforming to social expectations. While Abraham’s merits and acts of faith are laudable, Lot courageously chose to resist, react, and make moral choices directly in the face of mighty opposition.

Rabbi Pearce is correct: we can judge a society on how it treats the vulnerable and marginalized. But no society transforms overnight and without motivation. Often an individual must take the lead: just as Nachshon ben Aminadav was the first to heroically resist fear and step into the Red Sea parting the path to freedom,3 Lot showed this same remarkable courage speaking out in a place where morality was quashed. Was Lot perfect? Far from it, but neither are we. Yet, he found the internal courage to be moral when it was risky to do so.

Just like Lot, any individual can be a transformative inspiration, initiating inconceivable impact on the greater community or world, even if the first step taken is small. As Rabbi Pearce aptly describes the concern many of us share of abundant aggressive attacks in our current political climate, how much more crucial is it for individuals to stand up for ethics and morals in halls of power, local communities, workspaces, schools, and most importantly, places where is unpopular to do so. That one person may embody the invaluable first step that is needed to change the soul of an entire society.

Rabbi Jason Levine is associate rabbi at Temple Beth Am in Seattle, WA.

When do we read Vayeira 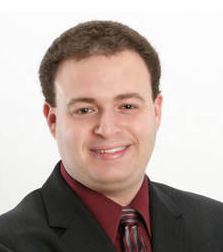 Rabbi Jason Levine is the associate rabbi of Temple Beth Am in Seattle, WA.

END_OF_DOCUMENT_TOKEN_TO_BE_REPLACED

Letting Abraham's Example Guide Us, During Election Season and Beyond
The Mitzvah of Lying
Sacrifice My Son? What Was I Thinking?
Vayeira for Teens: Shabbat Sha-raps
Covenantal Models of Protest and Submission