In the Middle of the Night

As Moses and Aaron struggle to convince Pharaoh to release the Israelites, the plagues sent by God increase in severity getting darker and darker. Moses warns Pharaoh that the locusts "shall cover the surface of the land, so that no one will be able to see the land" (Exodus 10:5). The plague of darkness brings "a darkness that can be touched," a "thick darkness," so that "people could not see one another, and for three days no one could move about" (Exodus 10:21-23). And, of course, the darkest of them all is the final plague, the death of the firstborn, which happens "in the middle of the night" (Exodus 12:29) and brings utter darkness to every home in Egypt.

Vay'hi bachazti halailah, "In the middle of the night," the time of dreams or nightmares, all of Egypt was awakened (Exodus 12:29). Even Pharaoh got up from his royal bed. Vat'hi tz'akah g'dolah b'Mitzrayim, ki ein bayit asher ein-sham meit, "There was a loud cry in Egypt; for there was no house where there was not someone dead" (Exodus 12:30). Yes, this was the darkest plague of all, affecting every family, every household, rich and poor, high and low, guilty and innocent. Every family was touched by death, joined in the fellowship of shock and sorrow. In his commentary on Exodus, Prof. Umberto Cassuto wrote:

"And Pharaoh called for Moses and Aaron by night—despite his pride and warning to Moses never to see his face again, he is now compelled to humble himself and to summon to his palace the very men whom a little while ago he had banished therefrom. And all this at dead of night, for time is pressing and he dare not wait till morning. In three consecutive verses the first clause ends with the word night, like a threefold echo stressing the terror of that wonder-fraught moment . . . When they (Moses and Aaron) appeared before him, Pharaoh spoke to them tersely and jerkily, in words [in the Hebrew] of one or two syllables only, like one seized by a terrible dread, who cannot speak calmly." (U. Cassuto, A Commentary on the Book of Exodus [Jerusalem: The Magnes Press, 1967], p. 145)

The very language reflects the drama of the story, both in the repetition of the word lailah, "night" (in Exodus 12:29, 30, and 31), and in the staccato speech of the traumatized Pharaoh. The Torah text wants to convey that drama, and to bring us into the story. We feel the pain of those whose dead lay before them, even our enemy, even the oppressors.

One thing that all human beings have in common is our mortality. We know that everyone must die, yet we still grieve and mourn when death takes those we love. That is universal, a truth we cannot escape. Vat'hi tz'akah g'dolah b'Mitzrayim, ki ein bayit asher ein-sham meit, "there was a loud cry in Egypt; for there was no house where there was not someone dead." We read these words and recognize that cry.

There is an old Chinese tale about a woman whose only son died. She went to the holy man in her village and said, "What prayers, what magical incantations do you have to bring my son back to life?" Instead of sending her away or reasoning with her, he said to her, "Fetch me a mustard seed from a home that has never known sorrow. We will use it to drive the sorrow out of your life." Of course there is no such magic mustard seed. Every home has known sorrow, in every land and every age, throughout history and in our own day. There is some comfort in knowing that we are not alone in our sorrow.

Our Torah text gives us glimpses of the darkness endured by the Egyptians as a result of Pharaoh's stubbornness, and also of the darkness our people endured on their way to liberation. But we also see the light of hope for those whose years of bondage were ending, as they began the move toward freedom.

Rabbi Dreyfus taught above, "There was a loud cry in Egypt; for there was no house where there was not someone dead." There is a midrash that teaches that both firstborn sons and daughters were equally affected by the tenth plague, and that all but one firstborn in Egypt died that night. Who was spared? Pharaoh's daughter, Bityah, who rescued Moses from the Nile (Sh'mot Rabbah 18:3).

Knowing the plague was coming, and that Bityah was a firstborn, Moses spent the night praying on her behalf. Some of the verses in Proverbs 31, "Woman of Valor," are said to have come from the words Moses spoke that night.

Why was Bityah spared? Not just because she had saved Moses, but because in doing so, she saved the entire Jewish people.

This is a powerful statement about how one person can make a difference: one act of kindness can have an impact far beyond the person it is intended for. Pharaoh's daughter must have known that any baby in the Nile would be an Israelite, but she could not just leave him there to die.

The night of the tenth plague, Moses was not the only one attempting to intercede on behalf of an Egyptian. The midrash also teaches that fearful Egyptian families brought their firstborn children to Israelite homes asking for sanctuary. This effort was unsuccessful: even Egyptians hidden in Israelite homes perished (Sh'mot Rabbah 18:2). But the fact that the Israelites hid them teaches us that we cannot turn away others in distress. What makes us Jews is our willingness to try to reach out and help, even against impossible odds. The Torah teaches us that we are holy when we help others: when we take care of the stranger and the marginalized (see Exodus 20-26; Leviticus 19:9-10, 14; Deuteronomy 24:14-22).

Though we may at times feel overwhelmed, we are nonetheless obligated to take action (Leviticus 19:16). The story of Bityah teaches that we must help however and whenever we can, because it may make all the difference in the world.

Rabbi Shawna Brynjegard-Bialik is the associate rabbi at Temple Ahavat Shalom in Northridge, California, and a member of the faculty at URJ Camp Newman. 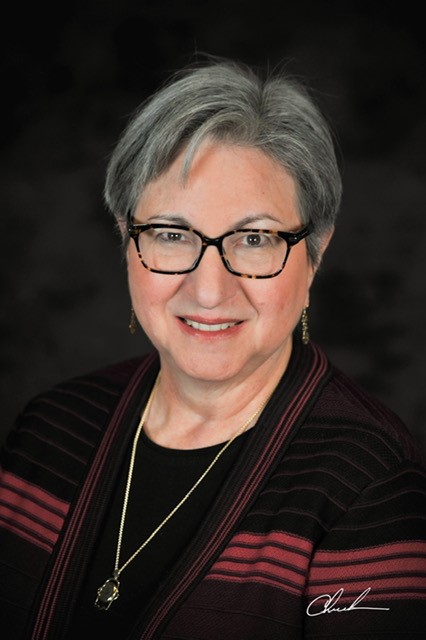 END_OF_DOCUMENT_TOKEN_TO_BE_REPLACED

Giving What’s Due
A Sign on Your Hand, A Reminder Between Your Eyes: An Embodied Jewish Theology of Solidarity and Liberation
Reparations: Seeding a Better Future
Honoring the Innocent Victims of Conflict
Thinking Big and Failing Fast