Not by Bread Alone: Strange Food from the Sky

Several years ago, I saw in London an extraordinary play entitled “Not by Bread Alone.” The eleven actors, from an Israeli company called Nalaga’at (meaning “please touch”), were all deaf and blind. As the audience entered, they were sitting at a long table on the stage, each one kneading dough that would be baked during the course of the performance. At the end, the audience was invited to come to the stage to taste the bread. But the main purpose was not for us to eat the delicious warm bread, but to communicate on some level, by touch, with the actors who could not hear our applause or see our smiles.

Deuteronomy 8:3, a long and rather complex verse near the beginning of our parashah, Eikev, contains one of the most familiar phrases of the Bible: “Lo al halechem l’vado yich’yeh ha-adam ... ”

The phrase is familiar to people the world over from theologians to those with no knowledge of the Bible. The common translation is, “man does not live by bread alone.” Yet the meaning and message of these words is considerably more complicated than we might have thought.

Some might react first to the problem of the gender-specific language in the common translation. Clearly the word ha-adam (“the person,” m.) in this verse is not intended to exclude women. But is it better to keep the familiar language (“man does not live ...”) for reasons of literary style or to modify it to make the gender inclusiveness explicit, as it appears in The Torah: A Modern Commentary, rev. ed.1, “A human being does not live on bread alone”?

There is another problem of translation. At Harvard Divinity School, I once heard a Chinese professor of religion comment that those who translate the Bible into Chinese have to make a fundamental decision about whether to render the familiar verses by the Chinese equivalents of “man does not live by bread alone” and “Give us this day our daily bread” (Matthew 6:11), or to render them as “man does not live by rice alone” and “Give us this day our daily rice.” To use the Chinese word for “bread”— which is nonexistent in the Chinese diet — would immediately suggest that the biblical text comes from an alien culture, something that the Chinese may well think of as applying to others, but not directly to them. Substituting the word for “rice” conveys the meaning in a manner that feels much more inclusive, yet it loses the historical setting of the passage. This is a significant issue in translation: Do you keep the cultural markers of the original text or do you render its meaning in terms familiar to the culture of the new reading community?

Let’s take the familiar translation and probe the question of meaning. Most of us would probably agree about the underlying meaning of this simple phrase: that the provision of basic physical needs, the satiation of hunger represented by bread, is not all there is to life; that there is a spiritual dimension that makes human beings what they are. The continuation of the verse (Deuteronomy 8:3), as rendered in the old Jewish Publication Society translation, based on the King James Version, is “…but by every thing that proceedeth out of the mouth of the Lord doth man live.” Here is how Rabbi Joseph Hertz put it in his classic commentary, The Pentateuch and Haftorahs2: “Physical food is not the only thing that ensures man’s existence. Apart from the normal sustenance, there are Divine forces which sustain man in his progress through life.”

Yet here is the entire verse in context  ̶  the entire verse with part of the preceding verse (8:2-3), in the new JPS translation: “… the Lord your God has made you travel in the wilderness …, that He might test you by hardships to learn what was in your hearts: whether you would keep His commandments or not. He subjected you to the hardship of hunger and then gave you manna to eat, which neither you nor your fathers had ever known, in order to teach you that a human being does not live on bread alone, but that one may live on anything that the Lord decrees.”

This translation makes it clear that in its original context, the verse is not talking about the physical versus the spiritual, but rather about the wilderness experience as a test of trust and obedience. God allows the people to become hungry, then sends a strange, unfamiliar food down from the heavens as a substitute for the familiar, reassuring bread that was no longer available to the people once the matzah taken out of Egypt had been consumed. The purpose of the test was to see whether the people would follow God’s instructions by eating the strange food from the sky, and thereby learn that they could satisfy their hunger and survive in a novel manner. That is the meaning of the verse in context: you don’t need bread, you can survive physically on something else. That’s very different from what we assume it to mean.

That was a powerful insight for me. To the wealthy, who may have inherited fortunes that would allow them to enjoy a lifetime of leisure without ever working or who expect annual bonuses amounting to considerably more than most of the population will earn in an entire career of productive work, the message is: “Don’t think that your gastronomic pleasures, your fine foods and expensive wines, your conspicuous consumption of consumer goods are what is ultimately important. There is much more to life than this.” That is a message that most of us would think is appropriate.

Quoting the same verse to a group of the countless millions of people on this earth who go to bed hungry each night, who do not know where their next meal will come from, the meaning is quite different: “Don’t complain that you haven’t enough food; it’s not the body but the spirit that is most important; you will eventually get your reward in the spiritual realm for your suffering here on earth.” We would never say to a family of Syrian refugees from Aleppo who had lost their homes and all their possessions, and have no money to buy clothing or food, “Remember: man does not live by bread alone.” Quoting the verse in that context conveys a very different message that is insensitive and repugnant.

Context is indeed important in determining meaning: both the context in the original source and the context in the audience being addressed. For those of us who are fortunate to have our basic needs fulfilled the message is that the food on which our lives depend comes from many sources; we should appreciate having this food at a reasonable cost; we should recognize the labor of others who have produced the food; and we should express gratitude to the Power that brings forth from the earth the substance from which other human beings—including even human beings unable to see or to hear—may make bread. This is the message expressed in the verse that comes just shortly after “not by bread alone,” the verse that is the basis for our Birkat HaMazon:

“When you have eaten your fill, give thanks to the Eternal your God for the good land [or the good earth or we might add, the good health] given to you” (Deuteronomy 8:10).

The Opportunity to Enjoy What We Have

As expressed above, manna was thought to be the antidote to the “hardship of hunger” that the Jewish people faced while walking through the desert. It taught the people that they did not need bread to live, but could rely on God to fill their empty bellies. However, while manna sated the people’s stomachs it did little to ease their hungry and anxious souls. In fact, rather than alleviating it, manna exacerbated the people’s burden. Hunger may have been a “hardship” but manna too became a source of pain for the Israelites. As the Torah teaches: Manna was created “in order to test you by hardships only to benefit you in the end” (Deuteronomy 8:16).

Reflecting on why manna exacerbated the people’s trouble, the Talmud gives two answers (Babylonian Talmud, Yoma 74b). Rav Ami explains that the reason manna was a source of suffering was because it was scarce. Most days, the people were only permitted to collect what they needed. Anything extra would turn putrid by the next morning. Though manna would fall each dawn as faithfully as the sun would rise, the unease of going to bed without stores for the coming day was unsettling. Contrasted with bread, which would provide a measure of comfort because it could be saved, manna forced the people to face the uncertainty of faith in the next day’s meal.

Rav Assi had a different view. The “affliction” of the manna was that it lacked sensuality. Though, at least according to Sh’mot Rabbah 25:3, its tastes were as diverse as our imagination, manna was an eyesore, looking lackluster and pallid. Likewise, its smell was nonexistent. Since eating is a whole-body experience, manna would never give those who tasted it the sensations that come with freshly baked bread.

These answers teach us a great deal about our propensity as humans to seek out sources of suffering. Manna was a miracle and was the antidote to our hunger, yet the people focused on how it fell short compared to bread. By dwelling on manna’s slight imperfections and ignoring its wondrous source the Israelites send us a dire warning: suffering exists within every positive step forward if you let it creep in. Every choice and opportunity comes with costs. Because nothing is perfect, we can dwell on life’s imperfections or we can greet life’s fortunes with gratitude. The answers to our suffering always bring the occasion for more suffering, unless we break the cycle.

Rabbi Marc Katz is associate rabbi at Congregation Beth Elohim in Brooklyn, NY. He is the author of The Heart of Loneliness: How Jewish Wisdom Can Help You Cope and Find Comfort (Jewish Lights).

When do we read Eikev

END_OF_DOCUMENT_TOKEN_TO_BE_REPLACED 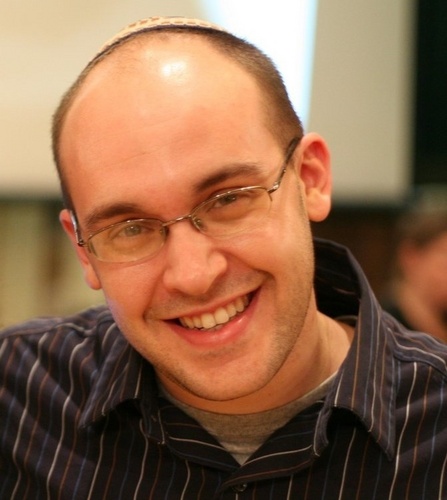 Rabbi Marc Katz is the rabbi at Temple Ner Tamid in Bloomfield, NJ. He is the author of The Heart of Loneliness: How Jewish Wisdom Can Help You Cope and Find Comfort, which was a finalist for the National Jewish Book Award.

END_OF_DOCUMENT_TOKEN_TO_BE_REPLACED

To Be Worthy
Expressing Gratitude for Our Magnificent Planet That Sustains All Life
“Revelation is Progressive”: Our Responsibility to Live in Pursuit of Holiness
Live on Bread, But Not on Bread Alone
It’s Not All About Us: Redemption, Revelation, and the Land of Israel