Parashat Mishpatim: You Say Yes, I Say No, We Both Understand

In this week’s parashah, Mishpatim, we read a series of laws that God dictates to Moses. Not yet the complicated legal codes found later in Leviticus, Mishpatim nevertheless contains many of the basic commandments of Judaism, including punishment for crimes, the sabbatical year and the prohibition against mixing meat and milk. After Moses relates these commandments to Israel, the people respond, “kol asher diber Adonai, na’aseh v’nishmah,” (All that the Eternal has spoken we will faithfully do). Or, more literally, “We will do and we will hear.” (Exodus 24:7)

The implications of this phrase echo across the Jews’ history. By stating “na’aseh,” “we will do,” the Children of Israel unequivocally accepted the covenant with God and the obligations therein. At the same time, by uttering “nishmah” ("we will hear” though it is often taken to imply “we will understand”) the Jews undertook to debate, question and analyze the laws of Torah. In traditional Judaism, rabbinic sources such as the Talmud provide the legal framework for understanding the commandments. For Reform Jews, this phrase is an affirmation of the ideal to choose how one practices Judaism.

Netzer Olami, the international Reform Zionist youth movement, of which North American Federation of Temple Youth (NFTY) is a snif (branch), has adopted the phrase “Nilmad V’na’aseh” as a guiding principle. The phrase, which means, “We will learn and we will do,” alludes to the quote from this week’s parashah. By adopting this phrase, Netzer has committed itself to the grand tradition initiated by the Tannaim (early rabbinic sages) of the Mishnah: to study and debate Jewish principles in order to form a coherent whole. For traditionalists, that coherent whole was, and still is, the legal framework within which a Jew should live his or her life. For modern liberal Jews, we generally seek to understand Torah in its spiritual sense; we ask the question, “How do I, as a Jew, find fulfillment in the traditions of the past?” Neither is necessarily better, nor are they mutually exclusive; whether Judaism is a way of carrying out one’s daily life, a way of becoming close to God or a combination of both is a matter of personal choice.

One of the beautiful things about Reform youth programs is the ability to explore those questions. Though I have since graduated high school, I still question my beliefs and practices and revise them as my understanding changes. Undeniably, my time in NFTY instilled in me this value of questioning and understanding, and I know I am a better person and a more committed Jew because of it.

For most of Jewish history, Jews practiced and lived whatever was the contemporary normative mode of practice. From time to time, dissent appeared, even as early as the Second Temple period, during which the priest-aristocrat Sadducees, who performed the Temple sacrifices as prescribed by the Torah, came into conflict with the Pharisees, who practiced a more "portable" Judaism. Following the destruction of the Temple, Judaism entered its still ongoing rabbinic period and, with various exceptions throughout history, the normative practices prescribed by the rabbis dominated.

Unlike Christianity, which is a dogmatic religion, the rabbis never prescribed what Jews should believe, only how they should practice. Certainly some Jewish scholars, such as Maimonides, attempted to list the basic beliefs that Jews should have, but by and large such lists had little influence on whom rabbinic authorities accepted as Jews. It is only a very recent development, beginning with the German Enlightenment and the simultaneous Jewish Haskalah that questions of ideology began to become central to Judaism. Even with differing ideologies and differing practices, Judaism still encompasses such differences; we all have said "na'aseh" (we will do) and have accepted the words of Torah.

Now we come to what many see as a catchphrase of Reform Judaism: choice through knowledge. While in NFTY, my friends and I often marveled at the audacity of the claim that this phrase embodied Reform Judaism. I can't even begin to count how many times I said something like "Choice through knowledge is great in principle, but most Reform Jews don't have the knowledge to make good choices." Certainly, that may be the case, but from an ideological point of view, I think it makes excellent sense. The Children of Israel accept God's commands, "na'aseh," and only think of the consequences "v'nishmah" second. As an act of devotion to God, their redeemer from Egypt, this is fully admirable--as a responsible decision, perhaps less so.

To turn the phrase around, as Netzer has done, seems to make sense. In the modern world, where we are pulled in many different directions, it is important to ensure that each of the influences acting on our lives has its proper place, including religion. By studying and trying to make sense of religion, "na'aseh," we will do, and we will do responsibly.

There are many ways of studying Jewish principles without letting it take over your life. Reading iTorah and 10 Minutes of Torah are great starts, but there’s more out there if you’re looking for that as well.

For more serious study, find a friend to be a chevrutah partner. You and your friend can meet on a regular basis to discuss a relevant Jewish text. It would probably be helpful to ask a rabbi, cantor or educator you like for guidance. There are certainly more ways to study Judaism than just these, so do some research and you might find some great resources. 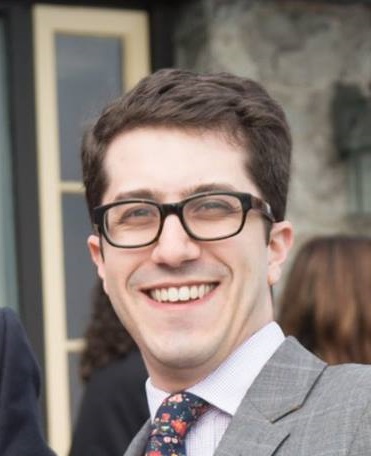 Dan Garwood is the Israel education department registrar for the Union for Reform Judaism. A member of the team since 2009, Dan has been involved bringing more than 4,000 teens to Israel on URJ teen travel Programs. He holds a degree in Jewish studies and philosophy from McGill University in Montreal, Canada.

END_OF_DOCUMENT_TOKEN_TO_BE_REPLACED

The Enslavement of Debt, Then and Now
A Continuity of Law that Values the Needs of the Community
Learning from the Imperfection of Religion
Mishpatim for Teens: Shabbat Sha-raps
The Moral Imperative of the Stranger