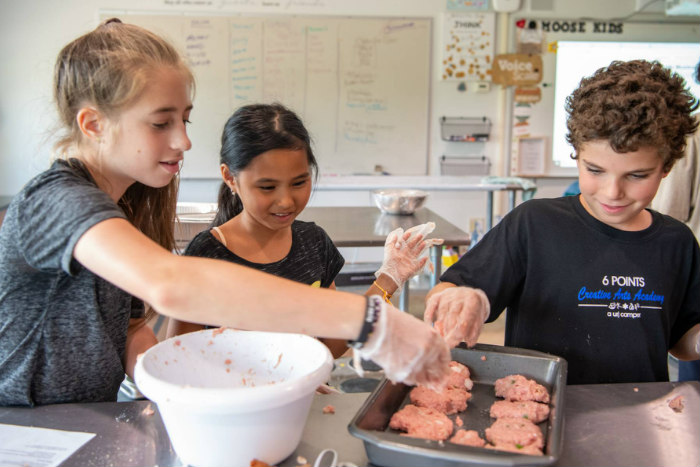 "Why didn't they ever teach us this when we were in Hebrew school?"

That was the first question asked of me after I had finished presenting a program for my synagogue's sisterhood. I wasn't at the synagogue teaching Talmud or Torah, or even the laws of kashrut. My presentation was held in the conference room of our local supermarket, and the discussion focused on the Jewish connection to many contemporary foods sold in that store.

I had assembled eggplants, oranges, chocolate, olives, pomegranates, canned caponata, pita bread, and frozen fish and chips to illustrate my stories. Why were we connected to these foods? Where did they come from? How did our food choices become part of American Jewish culture?

So many questions arose, and many were left unanswered during the program because we had overstayed our allotted time in the room! Many questions lingered in my mind as well, which led me to write a cooking column for Reform Judaism magazine for more than 10 years.

Jews and Food: A Brief History

Jews are often referred to as the "People of the Book," but I've come to realize that we're really the People of the Cookbook! Our recipes represent who we are, from where we came, and where we live now. Our food choices are dictated by our culture and heritage. Did you ever wonder why the standard nuts in charoset are walnuts? Why kreplach is often served in soup after Yom Kippur? Why prune filling is traditional for hamantaschen?

I constantly ask these questions about traditional dishes, and the answers tell the stories of Jewish communities from around the world and across the centuries.

Walnuts represent the nut that was prevalent in Northern and Eastern Europe (a majority of Jewish immigrants to North America came from this region). Kreplach had its basis in a medieval tradition of placing one's wish for the New Year in an amulet of dough and sealing it, hoping our lives would be "sealed" in the book of life for the coming year. And the tradition of using prune filling in hamantaschen was initiated to celebrate the acquittal of a prune jam merchant who was accused of poisoning a magistrate in Bohemia in the mid-18th century.

Cooking with Your Kids

Cooking is a creative outlet for a child. Look in any pre-school classroom and you will find a play kitchen. Why? Because the kitchen is often the hub of the household, where nurturing takes place, conversations frequently occur, and creativity abounds.

Years ago I offered "Cooking with Tots" classes in my Manhattan apartment. A tiny, two-line ad in The New York Times lead to major stories and centerfold photo spreads in local newspapers, full enrollment in my classes, and even a segment on Good Morning America. I was teaching sophisticated adult recipes to the two- to four-year-olds and their parents – no banana snakes with raisin eyes for my students! Fresh pasta with sauce mornay (a.k.a. macaroni and cheese), whole-wheat pretzels, and classic chicken salad were some of the many nutritious foods taught in my school.

The classes received significant attention because adults were looking for a creative learning experience for their children that also involved and engaged them in conversations about the food they were cooking and eating. Children explored the different tastes and textures of foods. Measuring ingredients taught these young children that math was a daily occurrence in their lives long before tetrahedrons were introduced to them in geometry class. Hand-cranking fresh pasta worked on their gross motor coordination, and chopping with an 8-inch chef's knife enhanced their motor skills, while developing their sense of self confidence and pride in their abilities.

Teaching children to cook at an early age provides them with a greater understanding of food preparation, and often prevents picky eaters. A child's exposure to real food – unprocessed, unadulterated, unsweetened – promotes better and more varied choices when eating in restaurants, as well as during family meals. Because almost 30 percent of American meals are consumed outside of the home, this could have a great impact on a child's food experiences and overall health.

Connecting to Our Jewish Past and Future

And teaching a child the dishes that have their heart and soul in the stories of our ancestors can provide a connection to our heritage that will not be broken during the time between young adulthood and parenthood – a time that can often span two decades.

Learning the stories behind our culinary heritage and creating those recipes for holidays – or any day we want to keep a memory close – allows us to keep our religion and history in the forefront of our thoughts. Nothing takes the place of learning about Torah or being involved in the life of a synagogue, but cooking with a young child creates lasting memories for both of you, and opens the door to a conversation about the two of you that will reverberate for years.

If you like to cook, eat, and talk about food, try The Jewish Dish. Sign up for ReformJudaism.org’s monthly food email for recipes, fun food facts, holiday tidbits, and more – all with a Jewish twist. Delish!