Reform Zionism: What Do the Four Children Have to Say? 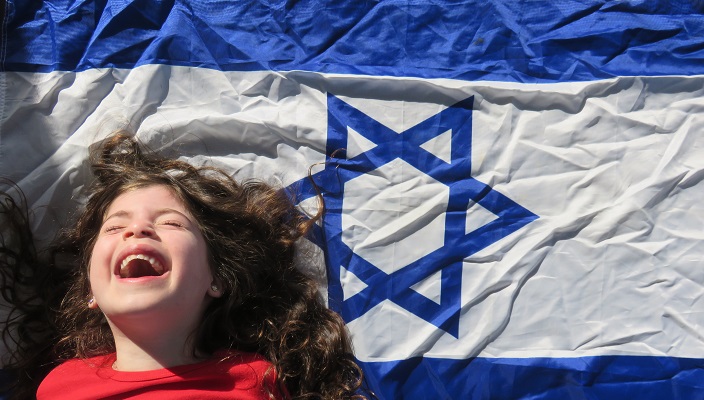 The Land of Israel is a ghost throughout the Haggadah, even as it is a constant presence in the background of the Passover story. Liberation isn’t solely freedom from Egyptian bondage; it’s also intentional direction toward Sinai and the ultimate arrival in the Promised Land. Yet Eretz Yisrael itself is rarely mentioned in the Haggadah text.

But the whole mission of the seder is to interpolate our questions, values, and thoughts about freedom into the story. As the Haggadah itself says, “The more you expand on the story of the Exodus from Egypt, the more praiseworthy you are.”

So we, who live in an extraordinary generation in Jewish history – with a State of Israel! – need to reintroduce Israel into our Passover seder by asking: How is our freedom connected to Israel? To what degree is Israel free today? And, what is our responsibility to ensure and expand those freedoms?

One opportunity is found in the Four Children passage of the Haggadah. One of the most commented-upon sections of the seder story, it describes four personalities that engage in Jewish life, and different approaches through which each needs to be addressed:

Many people find these four labels problematic, especially the rasha’, objecting to the ease with which we label others as “wicked." Intead, some people prefer to translate the term as “rebellious,” “impetuous,” or “non-conformist.” (For the composers of the Haggadah, though, it certainly meant “evil.”)

At the risk of wading into turbulent waters, I can’t help but wonder how these four archetypes correspond to different kinds of Reform Zionists.

The model for “wise” Israel engagement starts with a passionate, partisan love for Israel and its people. It recognizes that for 2,000 years, Jews yearned and prayed to return to their spiritual homeland and rebuild it, and that we live in an extraordinary generation in which that is happening.

To be a Jew today necessarily entails a living, breathing relationship with the State of Israel. Nonetheless, Israel’s reality is complicated. For two millennia, “Jewish Power” was a subject that was only theoretical; today, Israel wrestles with the moral applications of power constantly.

Engaging with that reality – loving Israel in a mature way that works to celebrate its victories, understand its challenges, and address its outright failures – is the task of the “wise” Zionist.

It is all-too-common that in the face of Israel’s shortcomings, people bail out on Israel completely.

The rasha’ of the Haggadah essentially writes himself out of the story, saying: This endeavor has nothing to do with me.”

Those who would scapegoat Israel as the unremitting villain in the Middle East – and those who embrace movements like BDS that reduce the complexities to being entirely Israel’s fault – are not advocates of peace; they are guarantors of future violence and schism.

To paint one party as the sole victimizer or villain of the Middle East conflict is not merely ignorant, it’s also wicked.

Not long ago, it was considered wrong to criticize any of Israel’s actions, especially in public. Those days should be long gone; the Lebanon War of the 1980s, the excesses of occupation, and the extremism of some of Israel’s coalitions have long made that attitude archaic.

And yet, in some quarters, the attitude endures that loving Israel means always justifying the deeds of its government. Uncritical, simplistic devotion without thoughtful reflection does Israel no favors; it might not even be considered “love.”

Who is the one who “does not know to ask?” Is it our high school graduates who arrive at college and, in confrontation with BDS supporters, do not have the resources to make Israel’s case?

Indeed, many of the “ones who do not know to ask” feel so overwhelmed by Israel’s problems – the seemingly endless stream of violence and terror, the constant drumbeat of anti-Semitic Israel-hatred, the intractability of the government – that we lose hope.

The problems feel so complicated and the answers so far-off that even the questions are lost. It’s easy to succumb to such feelings.

Perhaps we’ve all felt the pull of each of these Haggadah personalities. This Passover, for the sake of Zion and Israel, I pray for a Reform Zionist community that will choose to be chacham, and that we will work to put those values into action.

Want to learn and read more about Reform Zionism and Israel? Subscribe to Israel Connections, our Wednesday email.