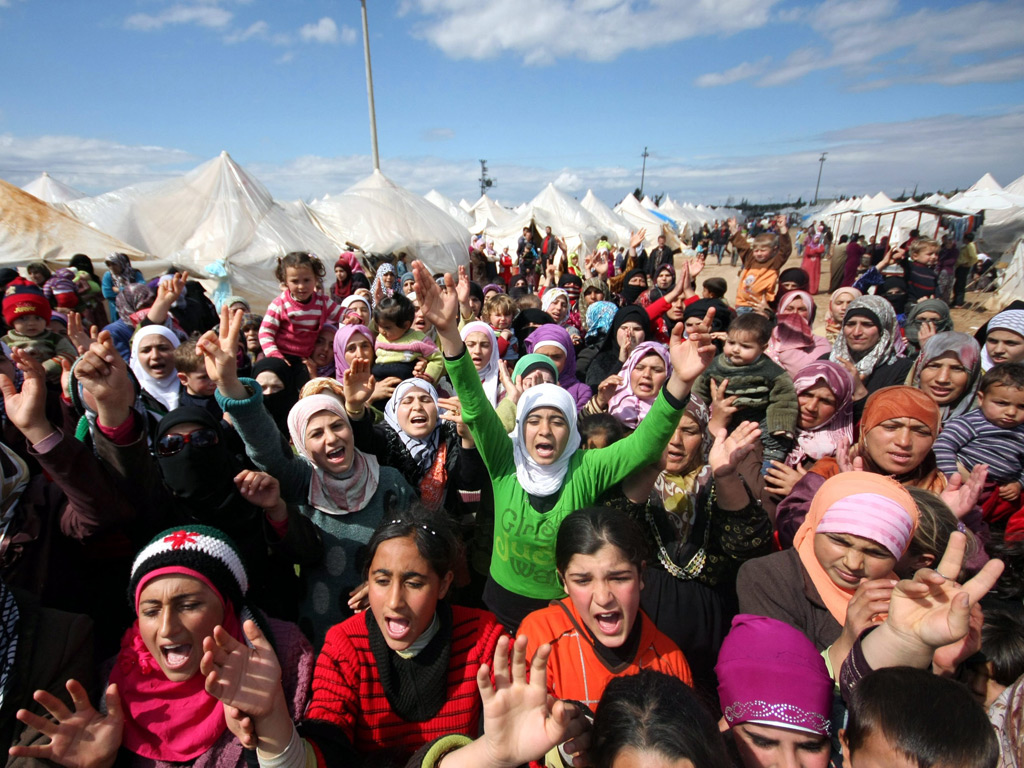 Imagine if the gang violence in Chicago reached a point where everyone in the city feared for their lives. Envision 2.5 million people grabbing all that they can carry, and then leaving their homes, not knowing if or when they might return. They spread out in all directions, some making it to Detroit, Canada or the plains. At night they would sleep beneath the stars, tens of thousands clustered together. It doesn’t take long for the situation to go from bad to worse. Hunger and disease set in; the situation becomes desperate. Dramatic, right?

For the estimated 2.5 million Syrians displaced by the country’s civil war, this is today’s reality. Fearing for their lives, droves of Syrians have fled the fighting that has plagued their country for more than three years. Women and especially adolescent girls have had to flee for an additional reason – it has been their best way to escape an escalating epidemic of kidnapping and rape. But now these threats have followed them into refugee camps. As conditions continue to deteriorate, disease spreads like wildfire, and the plight of those who are seeking shelter becomes even more desperate.

For these reasons and so many more, the Jewish community has mobilized to support those displaced by war. A recent New York Times article highlighted Israeli hospitals in the Golan Heights that are treating dozens of trauma victims despite the two nations having no diplomatic relationship or an open border. And the North American Jewish community has rallied to support the cause of Syrian refugees. With more than 500,000 having spilled across Syria’s border with Jordan, the Jewish Coalition for Disaster Relief (JCDR) opened a fund with the wholehearted support of the Union for Reform Judaism and our Religious Action Center.

In Leviticus we are commanded to, “not stand idly by the blood of your neighbor” (19:16). I hope you’ll consider taking the time to learn more about the plight of Syrian refugees, in Jordan and elsewhere. And if you’re so moved, please consider making a donation through the JCDR. Donations made through the High Holy Days will be matched 2:1.

Isaac Nuell is the Manager of Congregational Social Action for the Religious Action Center.

Isaac Nuell, the Union for Reform Judaism’s assistant director of North American events, lives in Raleigh, NC. He is a proud product of NFTY: The Reform Jewish Youth Movement and a former staff member at the Religious Action Center of Reform Judaism.