From Tragedy to Celebration, We Honor the State of Israel 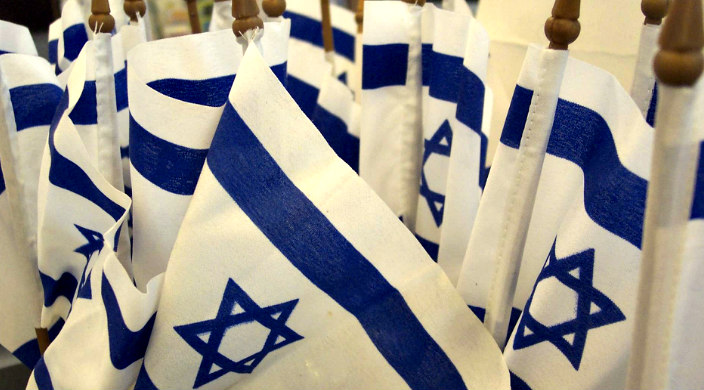 We are certainly in unique times, but this week is a particularly special moment in our Jewish calendar. Tonight and tomorrow we mark the Shabbat between Yom HaShoah (Holocaust Memorial Day) and Yom HaAtzmaut (Israeli Independence Day). Like other special Shabbatot in our liturgical calendar, this Shabbat has a name: Shabbat Tekuma, the Shabbat of Revival.

"Revival" refers to the dramatic turnaround from the tragedy of the Holocaust to the realization of the dream of a Jewish state; the “special Shabbat” is an ancient paradigm we use still use to create meaning in modern events.

Israeli Reform Rabbi Mordechai Rotem suggests that the week between Yom HaShoah and Israel’s Memorial Day/ Independence Day should be a counterpart to the days between Rosh HaShanah and Yom Kippur. These seven days in the spring, known as Shivat Y’mei Teudah (roughly, Seven Days of Bearing Witness), could serve a similar purpose as the Aseret Y’mei T’shuvah (“Ten Days of Repentance”). He explains:

“During the Seven Days of Bearing Witness, the nation of Israel needs to collectively examine itself, check from year to year how well we are fulfilling the destiny that has fallen to us - the legacy of death of the Holocaust, and the legacy of life of Independence Day. During these seven days, it is appropriate to engage in introspection and self-reflection about how we measure up to this destiny that stands before us – to build the future of the nation of Israel. These Seven Days of Bearing Witness need to apply to the individual, but especially to society and its public institutions.”

Just as each of us goes through a process of self-examination during the Days of Repentence in TishreiTishreiתִּשְׁרֵיSeventh month on the Hebrew calendar; Rosh HaShanah falls on the first day of this month. , this week is an opportunity to do so on a collective and national level.

While we are doing communal cheshbon hanefesh (introspection) I want to explicitly affirm that the State of Israel is a tremendous success story. Looking back on all that was created in just 72 short years, it is hard to believe the extent of the accomplishment. In addition to the physical infrastructure of the State, all its technological advances and achievements, the modern State of Israel has totally redefined what it means to be Jewish.

The creation of a Jewish public culture that operates in Jewish time, a Jewish language, and yes, according to Jewish values is revolutionary, and is at the core of my Zionism. It’s not just about a place where our holidays are the national holidays, where the ATM wishes you "Shabbat shalomShabbat shalomשַׁבַּת שָׁלוֹםLiterally, “Sabbath of peace.” Shabbat shalom is the customary greeting on Shabbat.   ," but deeper and more nuanced than that – it reinvents what it means to be Jewish on a national scale.

This week, as we prepare to bow our heads in reverence and in mourning for the high price so many have paid to have a Jewish State, let us exalt their memories and offer our gratitude for their ultimate sacrifice. Let us pay homage to those who enabled Israelis to live in their own state, like all the other nations, and for Jews around the world to benefit from the pride and product coming from the Jewish State.

And let us celebrate.

Let us celebrate Israel on her birthday. Let us marvel at the glory of Israel’s accomplishments, her contributions to Jewish life and to the world in general. Let us appreciate how Judaism and the Jewish world has been transformed in the past 72 years. Let us revel in the triumph of Israel’s birth amidst such adverse conditions and survival against all odds. And let us bask in the resilience of our people and the strength with which we continue to grow and thrive.

There is a well-known Israeli concept called firgun, which describes a generosity of spirit, an unselfish, empathetic joy that something good has happened to another person. Firgun allows one to give credit without judgement or caveat.

As we sit alone in our homes contemplating the National Project, we may be quick to offer critique, but as we say in Hebrew, bo-u n’fargen, let’s offer some firgun.

Of course Israel has problems and has made its fair share of mistakes. No one denies that. We acknowledge the moral challenges that Israel faces. “But,” as Rabbi Noa Sattath and Judy Schindler write in their introduction to the book Deepening the Dialogue, we must “also believe in the capacity of the Israeli people and its institutions to address these challenges as they craft a more just Israel.”

We have 363 days left in the year to voice concerns, critique, and struggle with the challenges ahead.

On the coming days of Yom HaZikaron and Yom HaAtzmaut, let us simply remember the fallen and rejoice with our brothers and sisters in all their glory and splendor.