Yom HaShoah: When Will Senseless Hatred Be a Thing of the Past? 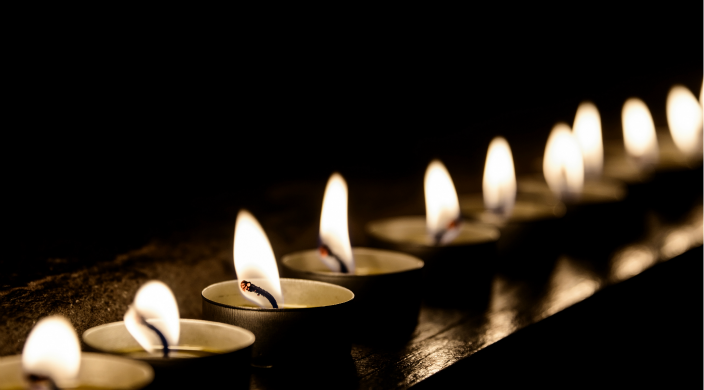 One would be hard-pressed to find an itinerary for a trip to Israel that does not include a visit to Yad Vashem, the World Holocaust Remembrance Center. The museum and its outdoor monuments are incredibly thoughtful and informative. Exhibits take visitors through the development of Nazi ideology, early forms of discrimination, and ultimately the atrocities of the concentration camps. The appropriately dark and gloomy building opens up at the end to display a scenic view of the outskirts of Jerusalem. The museum moves visitors from danger to safety, from destruction to rebuilding, from tragedy to hope.

While it is an emotionally effective message, logically we know this is not where the story ends. In the immediate aftermath of the Holocaust, Jews waited for long periods in displaced persons camps and many were attacked for trying to return to their pre-war homes. Anti-Semites and their accomplices escaped justice, and the psychological needs of survivors often went unaddressed. Those who moved to Israel took up arms to fight for her independence in 1948 and many became casualties of that war. There have been ongoing challenges in Israel to care for aging Holocaust survivors, make room for their narratives, and reckon in a meaningful way with this traumatic chapter.

Yet even this is not the end of the story. Every year, Israelis gather at Yad Vashem for a ceremony to mark Yom HaShoah, Holocaust Remembrance Day (also known by its full name Yom HaZikaron laShoah ve-laG'vurah, Holocaust Martyrs' and Heroes' Remembrance Day).

Last year, Israeli President Reuven Rivlin delivered a speech that focused on present-day issues concerning the Holocaust. He criticized efforts in European countries to ban certain forms of Holocaust discussion, including, for example, the Polish law approved in early 2018 that makes it a crime to ascribe responsibility for Nazi crimes to Poles themselves. Rivlin also leveled several thinly-veiled critiques at Prime Minister Netanyahu for his cozy relationships with leaders who engage in anti-Semitic politics, including Viktor Orban in Hungary. The president made clear that there had been an alarming rise in Holocaust denial and anti-Semitism around the world, and that it is the responsibility of Israel the ensure that we honor our moral obligations to both survivors and those who perished.

This year, I will attend the Yom HaShoah ceremony at Yad Vashem. Although it would be comforting in some ways to hear Israel’s leaders speak about anti-Semitism only in the past tense, I doubt that will happen. Among other incidents, this year saw such political dog whistles as the demonization of George Soros, inaction in the British Labour party regarding anti-Semitic rhetoric, the rise of the AfD, a far right-wing, anti-immigration political party in Germany, and two tragic synagogue shootings -- one at the Tree of Life synagogue in Pittsburgh and the other, just this past Shabbat, at the Chabad synagogue in Poway, CA.

This Yom HaShoah, may we grieve together as a global Jewish community for those who perished at the hands of anti-Semites and identify with clear vision the threats that face our people today. May we reach out empathetically from the place of our pain to our brothers and sisters of other faiths who also face danger from senseless hatred. May we fulfill the mission of Yad Vashem, to give honor to the names and memories of those we have lost and to recognize the value in every life. Above all, may the world keep its promise in the wake of the Holocaust: Never again.