Hanukkah Stories: The Miracle of the Expanding Oil 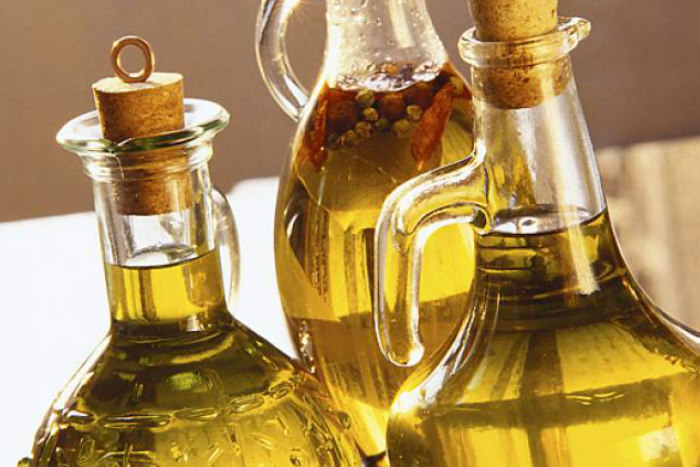 How do you experience the lights of Hanukkah? Do you gaze upon them with wonder? Do you draw inspiration from them? Do they ignite a sense of spirituality within you?

One of the most delightful aspects of celebrating Hanukkah is observing its central mitzvahmitzvahמִצְוָהLiterally, “commandment." A sacred obligation. Jewish tradition says the Torah contains 613 mitzvot Mitzvot refer to both religious and ethical obligations. : lighting Hanukkah candles and saying the accompanying blessings. We do this to commemorate the miracle that took place bayamim haheim, baz’man hazeh, “in those days, at this time of year.”

The commandment was sparked by an event that took place long ago, in the 2nd century BCE.

The Miracle of the Oil in the Hanukkah Story

In Jewish Living: A Guide to Contemporary Reform Practice by Rabbi Mark Washofsky, we read:

“The Hasmoneans…searched and found only one small cruise of oil, hidden away under the seal of the High Priest. It contained but enough oil to light [the menorah] for one day. Yet a miracle occurred: the menorah was kindled from this oil for eight days. From then on, these   days were set aside as a festive occasion for rendering praise [Hallel] and thanksgiving.”   (Babylonian Talmud, Shabbat 21b)

Lighting the Hanukkah lights connects us to the miracle that enabled the Hasmoneans (commonly known as the Maccabees) to purify and rededicate sacred space. Cleansing the Temple gave the people the opportunity to practice their religion through ritual sacrifice, a right previously denied them by the occupying Selucid forces. With that right – and the Temple – restored, the Maccabees decided to celebrate the Festival of Sukkot (which they had been unable to do in early autumn, its proper time of year).

By some miracle, the single vial of sacred oil – enough for one day – lasted for eight days. In this instance, the oil symbolized not only purification, but also a moral and political victory of self determination in the face of oppression: the restored right of people to choose the way they wanted to worship. Read more about the history of Hanukkah.

The Hanukkah story is not the only tale of expanding oil in our tradition. Not long before Hanukkah, we read another such story in II Kings 4:1-37, the haftarahhaftarahהַפְטָרָהSelection from the Prophets read or chanted after the weekly Torah portion; plural: haftarot that accompanies Parashat Vayeira. This story, thought to have occurred in the 9th century BCE (before the Hasmoneans’ time) tells of Elijah’s disciple, the prophet Elisha, to whom many miracles are ascribed. We read about the indigent widow of a prophet who approaches Elisha in search of financial help. He inquires:

“Tell me what you have in the house.” [She replies,] “Your maidservant has nothing at home but a small oil jar.” [He says,] “Go outside to your neighbors…and borrow as many empty jars as you can. Then…pour oil into all these jars….”

She follows Elisha’s instructions and from one small jar is able to fill all the borrowed jars with oil. In this way, she is able to pay her debts and live off what is left.

Here, the household oil stretches for a different holy purpose, pikuach nefeshpikuach nefeshפִּקּוּחַ נֶפֶשׁThe concept that saving a life overrides all other biblical commandments. . The indigent widow faces a devastating dilemma: If she cannot raise funds, she cannot feed her family and must sell her sons into slavery. The expanding oil prevents a great injustice from occurring, protecting the poor widow and her children. We also can infer another message from this story: just when we think we have nothing left, we may discover that with the help of our community, we have untapped reservoirs of energy and strength that were not evident before.

Whether they enable us to sanctify sacred space (or time) or they inspire us to plumb the depths of our potential to help others, the lights of Hanukkah invite us to be present and connect with the Divine as we understand and experience it.