11 Delicious Kugel Recipes for Shavuot and Beyond 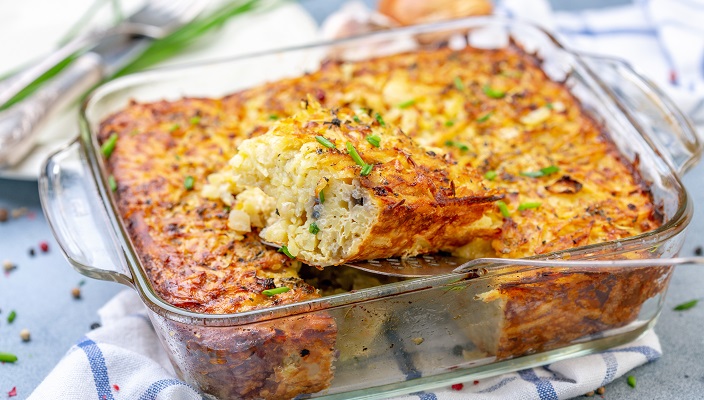 The Jewish festival of Shavuot – literally meaning “weeks – originally began as a pilgrimage festival seven weeks after Passover that marked the beginning of the summer wheat harvest. Leviticus 23:21 teaches that the ancient Israelites offered God their first crops at the Temple in Jerusalem, making the day a “holy convocation.”

Today, Shavuot is celebrated as a commemoration of the Jewish people receiving the Torah at Mount Sinai. Many Jews celebrate with all-night Torah study and eating lots of dairy foods – including the famous Jewish staple called kugel.

Learn more about the holiday, and read on for our answers to some of your most pressing kugel questions… as you prepare to make your own!

Kugel is an Ashkenazi Jewish dish often made from noodles, cottage or cream cheese, eggs, and butter. Because it’s intended to be a sweet dish, some people add sugar, cinnamon and even fruit to the mix.

No matter its form, kugel is a delicious addition to any Shabbat dinner or potluck, and because it’s dairy-based, it’s an especially perfect dish to enjoy during Shavuot.

“Why do Jews eat kugel and other dairy foods during Shavuot?”

One explanation is that when the Israelites were first given the Torah, they saw that it included laws about keeping kosher, which they weren’t used to or prepared for. Because they hadn’t yet prepared their cooking pots (keeping one set for meat and one for dairy), they decided to stick to just dairy foods.

Another explanation is that the sweet taste of kugel – and other dishes like cheesecake or blintzes – reminds us of the sweetness of Torah, which also describes the land of Israel a land “flowing with milk and honey” (Exodus 3:8). Many families gather together on the holiday to enjoy a meal that features such dishes.

“Is kugel difficult to make?”

One of the best things about kugel is that it’s easy to prepare – and the whole family can get involved in the process!

In the midst of physical distancing, Shavuot is the perfect time to try this simple, sure-to-please dish with kids and loved ones, whether for a meal or for a tasty snack during a late-night family Torah study.

You can still get in on the love of kugel! If allergies or dietary preferences preclude you form consuming dairy, you can still indulge in this sweet, satisfying dish by simply making yours dairy-free. We’ve included two vegan kugel recipes that skip the dairy and are sure to be a hit in your home.

“So… what kugel recipe should I make?!”

Now that you’re ready to make your own kugel, here are a few of our favorite recipes. Which will you try first? Share your photo on Instagram and tag @ReformJudaism so we can see your delicious creation – and happy Shavuot!