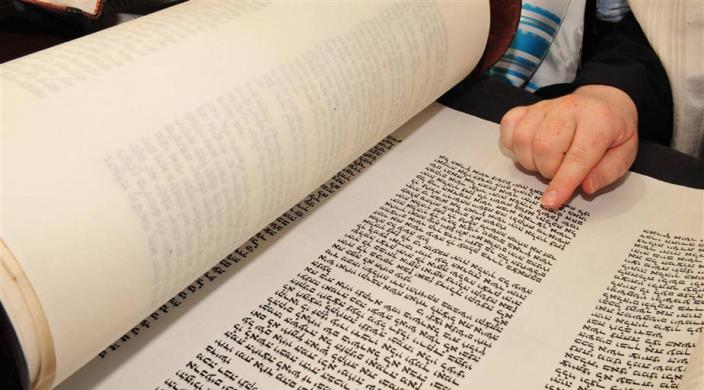 Shavuot, like several other Jewish holidays, began as an agricultural festival that marked the end of the spring barley harvest and the beginning of the summer wheat harvest. In ancient times, Shavuot was a pilgrimage festival during which Israelites brought offerings to the Temple in Jerusalem – the “first fruits” of their harvest.

In modern times, Jews can no longer bring agricultural offerings to the Temple in Jerusalem, and thus there are no particular mitzvot, or commandments, associated with Shavuot.  There are, however, several rituals that have become popular ways of celebrating the holiday, as we embrace the study of Torah and take inspiration from Jewish teachings.

Some people stay up all night, or very late, studying Torah. This custom evolved from a story that says that when the Israelites were at Sinai, they overslept and had to be awakened by Moses. So, to make amends and prove that we won’t fall asleep while waiting, like our ancestors did, many modern Jews stay up all night, or go late into the evening, to study and celebrate receiving the Torah. These events, known as Tikkun Leil Shavuot, which literally means “Rectification for Shavuot Night,” are understood as the custom of studying with a community to once again experience standing at Mount Sinai, where the Jewish people received the Torah. The Tikkun Leil Shavuot was developed by 16th-century mystics in Safed, who believed that by studying on Shavuot, they were symbolically preparing Israel to enter into a sacred relationship with God. Modern interpretations and versions of this practice include study on a wide range of topics.

For early Zionists, who de-emphasized the religious elements of Judaism to focus on its cultural aspects, the obvious direction for Shavuot in Israel was the restoration of its biblical format. For years, First Fruits Festivals were held on kibbutzim (collective farms), featuring elaborate pageants and parades, displays of fruits, tractors, and babies, and joyous singing and dancing.  Urban dwellers also marked the holiday with first-fruit pageants and celebrations of second-graders receiving their first Bible text. The practice of Tikkun Leil Shavuot was only common in more observant communities.

In recent years, however, Tikkunim have become extremely popular for all Jews, in Israel and around the world.  In Jerusalem, one can spend the whole night wandering from tikkun to tikkun, which are held in homes, synagogues, community centers, and educational institutions of every religious and ideological flavor. Most of these gatherings are evenings of study for the sake of study and fellowship, and the various themes and topics they address are endless.

Customarily, the Book of Ruth, part of the section of the Bible known as Writings, is read during services on Shavuot. Ruth was a young Moabite woman who married an Israelite man. When her husband died, she followed her mother-in-law, Naomi, back to Israel and adopted the Jewish faith and people as her own. To feed herself and Naomi, she gleaned in the field of Boaz, a rich man. Boaz is taken with her, and eventually they marry. Among their descendants is the famed King David.

The theme of Ruth’s conversion to Judaism is central to this story. In Ruth 1:16–17, she states:

Do not urge me to leave you, to turn back and not follow you. For wherever you go, I will go. Wherever you lodge, I will lodge. Your people shall be my people, and your God my God. Where you die, I will die, and there will I be buried. Thus and more may God do to me if anything but death parts me from you.

Ruth is often considered to be the archetype of all who choose to convert to Judaism – accepting the Torah, just as Jews accepted the Torah at Mount Sinai – and this passage is generally understood as her conversion statement.

The ceremony of confirmation – for high school students who have continued their studies and Jewish involvement beyond b’nei mitzvah – often is held on or near Shavuot. Just as the Jewish people accepted the Torah on Shavuot, so do confirmands reaffirm their commitment to the covenant and adult Jewish life.

The custom of decorating with greens and fresh flowers on Shavuot reminds us of the spring harvest and the ancient ritual of bringing the first fruits to the Temple. The decorations also remind us of the legend that when the Israelites arrived at the base of Mount Sinai, they found it blooming with flowers and greenery.

Many Jews prepare and eat dairy foods – often cheesecake or blintzes – on Shavuot as a reminder of the sweetness of Torah, and also as a reminder that the Torah calls the land of Israel a land “flowing with milk and honey” (Exodus 3:8). Often families gather together on the holiday to enjoy a meal that features such dishes.

Preparing for the Holiday

The Bible teaches that the Israelites had three days to prepare to receive the Torah at Mount Sinai. To ready themselves for the momentous occasion, they were instructed to wash their clothes and to stay ritually pure. By recalling those three days, Jews today can use the three days before Shavuot to prepare personally, as a family, and as a community to re-experience this life-changing event.