Birds of a Feather (Don’t Always) Flock Together: Sacred Ornithology and Efforts for Peace

The fishing guides on Florida’s Anna Maria Island had affectionately named him Jerry. Jerry was a Great White Egret who stood over three feet tall and perched on a worn wooden beam in close proximity to the shore. The anglers would share bits of unused fishing bait with Jerry, who would quickly consume the scraps between the sharp snap of his golden yellow beak.

I met Jerry on a recent family trip to Florida and he came to mind as I read from this week's parashah, Sh'mini. The Torah portion includes a list of birds prohibited from consumption, which form the basis for Jewish dietary laws.

The Torah says, "You shall eat any clean bird" and lists 24 kinds of birds which are prohibited from consumption (Lev 11: 13-19). The Talmud elaborates that birds of prey (e.g., vultures, hawks, and eagles) or birds that pounce are generally not kosher (Chulin 59a). I am not sure if Jerry is the kind of bird which pounces or would be considered kosher, but I do know that certain types of birds in the Torah represent a compelling spiritual significance.

Certainly, the dove (holding an olive branch) in the story of Noah is a familiar symbol of peace. The dove's arrival signifies the receding flood waters and thus a time of calm and serenity (Gen. 8:11).

Ideas about birds extend beyond the Torah (and Talmud), and we can trace such ideas into Jewish mystical traditions (primarily of the 16th century) and early Hasidic teaching. Torah Educator Shoshanah Weiss summarizes the mystical representations of birds as follows:

"Kabbalistic teachings explain that a bird symbolizes the name of God: the head of a bird is like the letter yud of the divine name [yud-hey-vav-hey], the body of the bird is like the letter vav and the two wings are similar to the two hehs. In the Tanya (an early book of Chabad philosophy by Rabbi Shnuer Zalman), it says that the two wings of a bird represent fear and love of G-d: the left wing is strength, and the right side is kindness. In Shaar Hayechudim by Chaim Vital (the main student of the famous Kabbalist the ARIZaL), it is written that wings of a bird are like arms for a person. Love and fear elevate the performance of the 613 mitzvot."

I think of the birds that migrate over Israel and how their flapping wings represent both fear and hope. Migrations are tragically witnessed today, from Ukraine to Poland, as people fervently run and embody both the fear and the hope of seeking safety. People seeking sanctuary; seeking a new place to call home.

Dr. Yossi Leshem, director of Israel's International Centre for the Study of Bird Migration, relayed how the sky above Israel and Palestinian Territories, is the second busiest bird migration route in the world, trailing behind the country of Panama. Every autumn, more than 500 million birds cross Israel's airspace, heading south to warmer weather in Africa.

This mass migration of birds has become an opportunity for peace efforts between children in the Middle East. Author Avigayil Kadesh has written about a peace program centered on these birds: the "Migrating Birds Know No Boundaries" project. Part of this program has Israeli, Palestinian, and Jordanian schoolchildren participating in joint learning activities about birds. While these schoolchildren may not otherwise interact with one another, an appreciation for birds has encouraged the children to "flock together."

The Torah teaches us that we can learn good character from every living creature. As it says in Job 35:11: "From the animals of the land, and from the birds of the heaven [God] makes us wise."

The world of humans, now in crisis as Russia so ruthlessly attacks Ukraine, could learn some wisdom from the animals of the land and from the birds of the heaven.

I don't know if Jerry will be migrating, or if he will be sticking with his flock. As for us humans, interacting with "new flocks" is often an opportunity to extend our thinking and challenge our assumptions. So, step out of the nest and stretch your wings. 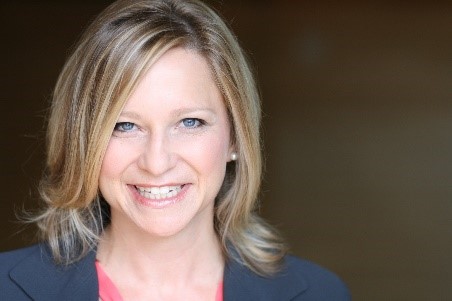 Cantor Jill Abramson is the incoming Interim Director of the Debbie Friedman School of Sacred Music at Hebrew Union College-Jewish Institute of Religion and the first woman to serve in this role. She is the sole clergy leader of Congregation Shir Ami in Greenwich CT, after completing a 12-year term as Senior Cantor of Westchester Reform Temple in Scarsdale, New York.

END_OF_DOCUMENT_TOKEN_TO_BE_REPLACED

Explaining the Inexplicable with Silence
A Higher Holiness Through Connection with a Collective
Sh’mini for Teens: Shabbat Sha-raps
You Are What You Eat: The New World of Kosher Food
To Die in the Exercise of Your Passion