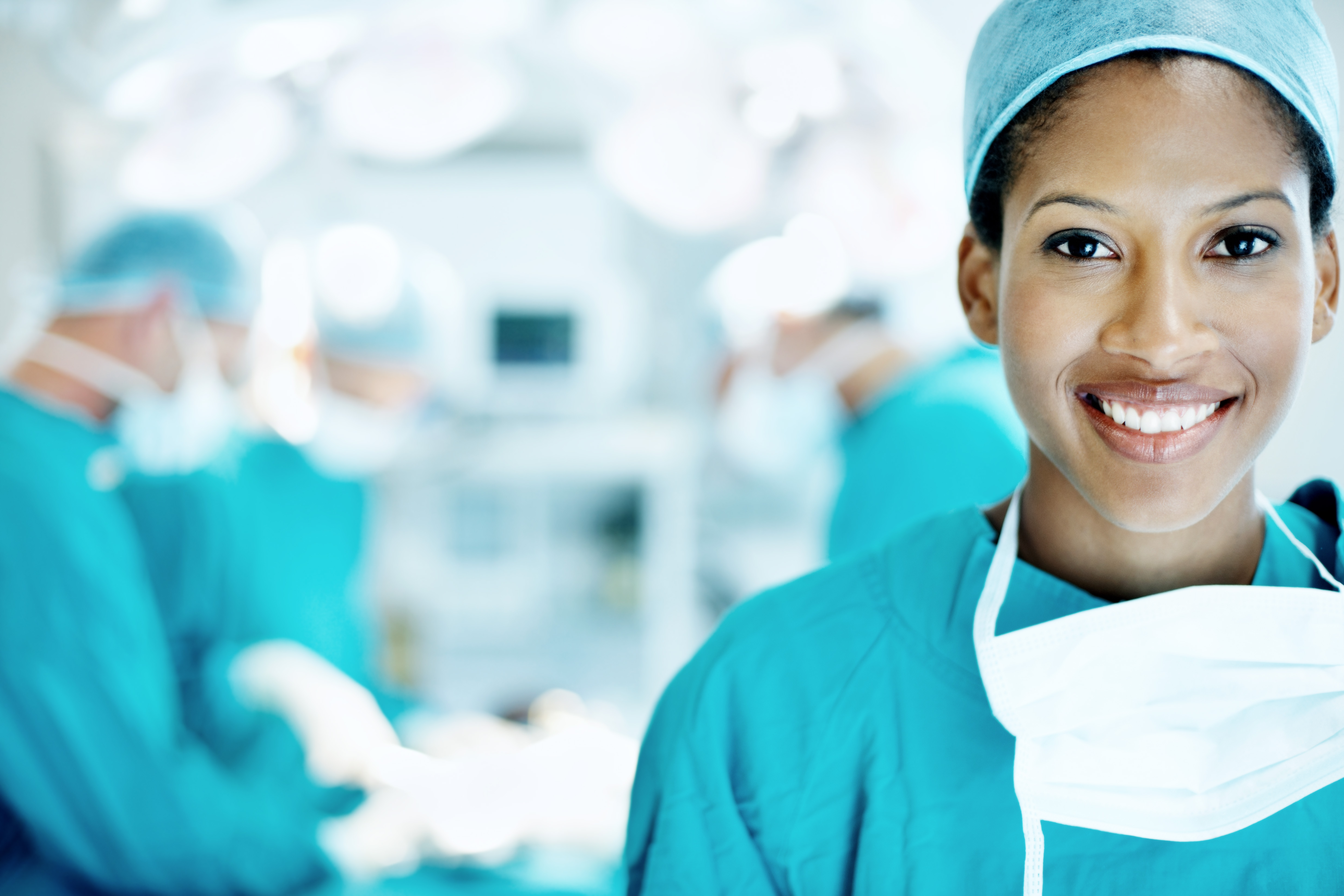 It rarely fails. B’nei mitzvah families come to me three, four, five years in advance. “Is it possible,” they ask, “that our child not be assigned the portion in the Torah on leprosy? We’re just not sure,” they continue somewhat disingenuously, “it will be meaningful.” So, we talk about leprosy as metaphor and explore questions like, “what is the leprosy of our era?” and the parental anxiety slowly relaxes. By contrast, only twice in 30 years families came to me and actually asked to be assigned the portion that discusses leprosy, Tazria. “Why?” I ask them. Both times either one or both parents were dermatologists eager to accept the portion, and equally ready to disprove the biblical diagnosis and suggest an alternate skin disease.

This week, we read the double portion, Tazria/M’tzora. If nothing else, Tazria demonstrates a positive relationship between Judaism and medicine. Long before Hippocrates and Galen began shaping the practice of Western medicine, the Torah depicted Moses as a healer (see Numbers 12:13, 21:9), a role later assigned to priests and prophets alike. However, there was also resistance to doctors and medical science in the Jewish tradition. Exodus 15:26, the phrase, “I the Eternal am your healer” has been interpreted to mean God alone is the source of good health and recovery from illness. Subsequently, throughout Jewish history a spectrum of attitudes toward doctors and the medical sciences have presented themselves.

At one level, it is fair to say that Judaism has been radically pro-doctor and pro-medical science for a very long time. For sure, we have had outstanding rabbi-doctors like Maimonides (1135-1204) who represent a synthesis of Judaism and science. In modern times, many, if not most Jews, have fully embraced scientific medicine and rejected most if not every aspect of spiritual healing. However, the spiritual aspects of healing never fully disappeared from the Jewish faith and today, at various levels, they are blended with scientific medical practice. In this regard, it is interesting to note that in a 2012 University of Chicago study, 90% of America’s 850,000 doctors report a religious affiliation and claim their religious views influence their practice.

On the other hand, there has been a now largely forgotten anti-medical treatment trend in Judaism. King Asa (late 19th century BCE king of Judah) is censured because, “in his illness he sought not God but rather physicians” (II Chronicles 16:12). According to a rabbinic legend, King Hezekiah (seventh century BCE) is considered praiseworthy “for hiding away a medical book as a means of encouraging the people to turn to God, and not to physicians, for healing.” The Mishnah, the first code of Jewish law, goes so far as to declare in Kiddushin 4:14 that “even the best physician is deserving of hell.” Later, even rabbi-doctors like Ramban (1194-1270) felt a tension between medical and spiritual healing.

In modern times, a radical, singular spiritual path to healing was embraced by Rabbi A. G. Moses in Mobile, Alabama, and subsequently by Rabbi Morris Lichtenstein and his wife, Tehilla, who founded the Jewish Science movement in 1921 in New York. Although it did not become part of the mainstream of American Jewish life, Jewish Science served as a precedent for the expansion of Jewish pastoral care in the post-World War II era. In 1946, Rabbi Joshua L. Liebman published the best seller, Peace of Mind, in which he attempts to reconcile religion and psychiatry. Clinical pastoral education (CPE) remained largely outside of mainstream rabbinic training for nearly another 50 years. In 1987, song leader, composer, and ultimately, “spiritual healer,” Debbie Friedman began working on a musical rendition and feminist rewrite of Mi Shebeirach. Friedman’s song-prayer revolutionized Reform prayer and restored the idea of medical bakashot, “petitionary prayers,” but without negating the value of scientific, medical treatment.

While faith and science work hand in hand in the Jewish community today, the value of science and medical treatment is overwhelmingly upheld in today’s Jewish community. Although Jews make up 2% of the American population, over 14% of American doctors are Jewish. More broadly, 26% of Nobel prize winners in medicine have been Jewish. In the United States, Israel, and Argentina to name a few places, the Jewish community supports numerous outstanding hospitals and medical research centers. Even the most traditional sectors of the Jewish community broadly support the value of the Talmudic doctrine of pikuach nefesh, which maintains that the “saving of a life” takes precedence over ritual requirements including on Shabbat and even Yom Kippur.

From the commandment to circumcise to “Moses the healer” to Asaph ben Berechiah (Syria, sixth century), the first Jewish medical writer, Jews have made outstanding contributions to the world of medicine. Isaac Judaeus wrote a Book of Urine in the ninth century. A wounded 16th century French King, Francis I, insisted to his captors that he be treated by a Jewish doctor. Rembrandt painted Jewish doctors. George and Martha Washington called on a Jewish doctor, John de Sequeyra, to treat one of their children, Patsy, for epilepsy. A Jew, Phillip Moses Russell, although not medically trained, served as the American “surgeon” at Valley Forge. Walter Jonas Judah, was the first American Jew to enroll in a medical school. He died in 1798 treating yellow fever victims in Philadelphia. Dr. Isaac Hayes of Philadelphia pioneered treatment of the eye and helped found Wills Eye Hospital, also in Philadelphia.

Jewish communal hospitals were founded in the United States beginning in 1852, originally for the benefit of the Jewish poor. Abraham Lincoln used a Jewish doctor, Issachar Zacharie, to treat his feet and a Jewish doctor was among those who treated Lincoln when the president was fatally wounded. Simon Baruch, a surgeon in the Confederate Army wrote the book on appendectomies as well as the treatment of bayonet wounds. Phoebe Yates Levy Pember, a pro-Confederate Jewish woman, was the administrator of a vast hospital in Richmond, Virginia where wounded Southern soldiers were treated. Several Jews served as doctors in the North’s navy. Following the war, Dr. Abraham Jacobi, a German Jewish immigrant, helped establish the field of pediatrics in the United States. A national tuberculosis hospital opened in Denver, Colorado in 1899 with significant funding from B’nai Brith.

In 1906, American medical education was revolutionized through the work of  Abraham Flexner who helped set new standards for the training of doctors in the United States. The charitable organization, Hadassah, was founded in 1912 and established Hadassah Hospital in Jerusalem in 1934. In 1914, Dr. Joseph Goldberger helped found the field of epidemiology and helped advance public health policy. In the fields of psychiatry and psychology, both Sigmund Freud and Abraham Maslow made important contributions. Psychiatry probably has the highest concentration of Jewish doctors of any field in medicine to this day. Ironically, even Hitler, as a youth, had a Jewish doctor, Eduard Bloch, who escaped Europe and worked with the OSS during World War II. After the war, American Jewish doctors including Jonas Salk and Albert Sabin led the fight against polio. More recently, Dr. Judah Folkman made major contributions in tumor research and the treatment of cancer.

Without question, for centuries Jews have played a leading role in medical research, education, and practice. For many people, the phrase “a Jewish doctor” connotes a synthesis of compassion and brilliance. At present, Jewish communities around the world continue to inculcate a desire to study and practice medicine in their student populations and there is little reason to think that this central old trend will end any time soon. What is changing, in my opinion, is that the number of Jewish women studying to become medical doctors is rising and may already equal the number of male students. Chances are that future rabbis will find more Jewish families seeking them out to make sure their children are assigned a portion on leprosy for their bar or bat mitzvah. Who knows, the line from a 13 year old’s d’var Torah on Tazria to a Nobel Prize in medicine may be shorter than we think!

The Priest as a Social Worker

As Rabbi Sussman discusses the role of Jewish healers in society from ancient times to today, I could not stop thinking about the many times I have heard a Jewish mother or grandmother say they wanted their children to grow up to be doctors (or, back in the day, for their daughters to marry one). For some, it was about them becoming healers in the classic sense; for others, it was about them finding an honored place in society that would allow them to provide well for their families.

In this week’s Torah portions, Tazria/M’tzora, we can easily make the comparison between the priest’s role and that of a medical provider (complete with house calls to examine scaly afflictions and the necessity of making follow up visits). However, I prefer to see the priest’s role as being more like a social worker: the priest is the person who helps social outcasts (that is, those who are ritually impure) return to their full place in society (when they have achieved ritual purity). In other words, rather than focusing on the priest expelling people, perhaps our focus should be on the priest bringing marginalized people back in; their job was to make the community whole again.

As a movement, we choose to de-emphasize the differing roles of the kohanim, Levites, and Israel. Instead, we are reminded that we are all “a kingdom of priests and a holy nation” (Exodus 19:6). Because of this, everyone is responsible for the honorable task of returning people to meaningful roles in society, both within our sacred communities and the world at large.

Today, as government programs are cut and medical care becomes guided even more by profit, those already outside the mainstream community by virtue of their poverty and/or their medical conditions stand to lose the most … and so the question becomes:  What are you doing to become your community’s social worker? How can you inspire others to join this holy work of bringing in those who are on the outside? What more can we do to make our communities whole again?

When do we read Tazria - M’tzora

Rabbi Lance J. Sussman, Ph.D., is the senior rabbi of Reform Congregation Keneseth Israel in Elkins Park, PA. He has written numerous books and articles in the field of American Jewish history and has taught at Princeton University, Binghamton University (SUNY), and Hunter College (CUNY). Rabbi Sussman is currently working on a book on Jews, Judaism, and law in America.

END_OF_DOCUMENT_TOKEN_TO_BE_REPLACED 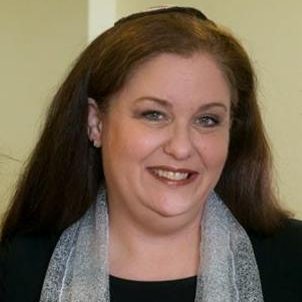 Rabbi Cookie Lea Olshein is in her 6th year as rabbi of Temple Israel of West Palm Beach, FL, after serving as a rabbi in Austin, TX, for four years. Her childhood interest in justice led her to decision at the age of 12 to become a lawyer. After practicing law for more than 10 years, she decided to combine turn her passion for Jewish learning and “Jewish doing” into her career and began her rabbinic studies at Hebrew Union College-Jewish Institute of Religion.

END_OF_DOCUMENT_TOKEN_TO_BE_REPLACED

The Curative Power of Ritual
It’s Important To See the Whole Person, Not Just the Illness
Finding Unique Blessings in Every One of Us
Tazria (and M’tzora) for Teens: Shabbat Sha-raps
What Happens in the Body Stays in the Body - A Guide for When it Doesn’t