I too have known loneliness. I too have known what it is to feel misunderstood, rejected, and suddenly not at all beautiful. Oh, mother earth, your comfort is great, your arms never withhold. It has saved my life to know this. Your rivers flowing, your roses opening in the morning. Oh, motions of tenderness!
- Mary Oliver, Blue Horses: Poems

The story of Joseph is the story of a solitary man, driven, visioning, dreaming, ambitious, misunderstood, and the object of much disdain. It is the story of heroic and tenacious leadership. Many a contemporary leader can relate. Leadership by its very nature is a tug of war between one's desire to actualize a sense of destiny and striving to meet the immediate needs of others. Leaders feel that they are uniquely called upon to achieve something important. To be driven by dream and possibility is lonely work.

This is how I imagine Joseph. His father sends him on a mission. Israel said to Joseph, "Your brothers are pasturing at Shechem. Come, I will send you to them." He answers, "Hineini," I am here" (Genesis 37:13). We have witnessed this ancestral declaration before, as if Torah teaches us that the essence of theology is a simple call and response. We are called, summoned, pushed, pulled, commanded and we simply respond, "Hineini," I am here, do with me what you will.

Some rabbis say that Joseph's response is obedience: "Yes Father, I will do as you say" (Ibn Ezra). Some say that it is a kind of naïveté, a belief that the brothers who hate him will cause him no harm (Malbim). Some say it was an expression of humility. Somehow, he knows that despite the danger, Israel, his father, the man who struggled with angels, the connection to all of Jewish history, has asked him to step into the destiny of the Jewish people. Joseph answers with humility. I am here, he says quietly (Rashi).

And so, Joseph sets out to find his brothers. The Torah states that he "to'eh" in the field. The word "to'eh" means to err, to wander, to go astray, to stagger. It is such an odd word choice that the same rabbis when commenting on the word hinieni cannot help but question what Joseph was doing in the field. Some say he strayed from the path, almost drunk. Some say he lost his way. Others say he was following a sheep's path, looking for his brother's flock. Others say that he was walking the zig zag of destiny -- sometimes with a sense of mission, sometimes feeling lost, sometimes tracing the steps of another, always alone, solitary.

I too have aimlessly wandered the field of loneliness. Such is the spiritual path. At times it is like a ladder. Jacob saw that ladder. A hard, slow climb toward self-awareness, self-actualization. It is a journey towards spiritual fulfillment, towards an expansive sense of God and transcendent beauty. It is made one rung at a time. Straight up.

At times the spiritual path is like a deep well. Miriam saw that well. She knew where to find the depth of nourishment, even in the wilderness. It is like digging deeper and ever deeper, tapping into the complexities of the human condition, searching the depths of the soul, finding the rivers of wisdom, the wellspring of goodness.

At times it's like an upward spiral, climbing, twisting, turning, ascending. With each turn there is a familiar landscape but seen from a different perspective. We rise, healing, correcting, evolving, aspiring, reaching for the heights of a loving consciousness.

Joseph's spiritual path is in a vast unknown field. He is mission driven, yet he is a bit lost, wandering, staggering in a zig zag. Obadiah ben Jacob Sforno, the 15th century Italian biblical commentator, poses the ultimate question of any spiritual seeker. What are you looking for, he asks, seeing that you do not keep to the known paths? This is an existential question that tugs at the core of our sense of destiny. Are we to be spiritually found in a paradox, driven with the mission to find meaning yet aimlessly wandering alone upon unknown paths? Does the seeker ultimately walk alone, sometimes known and seen, sometimes feeling invisible, always private?

This week's Torah portion suggests to me that the solitary seeker is not necessarily lonely. Joseph's dreams seem to ground him, fortify him with a sense of higher purpose. He does not seem afraid. He is seeking. And, in this context, he is found. A man (ish) came upon him wandering in the fields. The man asked him, "What are you looking for?" (Genesis 37:15).

The commentator ibn Ezra says this man was a passerby. Rashi identifies the man as the angel Gavriel, God is my strength, for he was indeed in need of strength. Ramban says that God sent Joseph guidance in the form of a gaggle of angels, "for these events did not occur without purpose, but rather to inform us that 'it is the counsel of the Eternal that shall stand" '(Proverbs 19:21) .

Joseph's question of the man is simple, practical: "I am looking for my brothers. Could you tell me where they are grazing their flocks?" (Genesis 37:16) It's like that sometimes. In a casual seemingly inauspicious moment, events occur and things change forever. The man replied, "They have gone from here, for I heard them say: 'Let us go to Dothan.'" So, Joseph followed his brothers and found them at Dothan (37:17).

The angels of destiny send him to his brothers. He is then attacked, sold into slavery in Egypt, spends time in a dungeon, interprets the right dream at the right moment and is in a position of power when his brothers seek his help in a time of famine back home. Forgiveness and redemptive love bring the family back together. All is well until decades later, when a new Pharaoh rises to power who does not know the story of Joseph. History evolves from this encounter. Joseph, lost in a field, comes upon a man. The man says, "this way," and a path unfolds.

After all, our life is a mission, a solitary impulse to find meaning, to quiet down the frenetic doing of life and to still the constant hum, the soundtrack of our distraction. Within our dreams, or our visions, or premonitions, we are working out of the knots that tangle our soul. And then, in solitary moment, we have a meeting that propels us, pushes us, impels us. It is an invitation for those of us who reach for the heavens to deepen our spiritual journey, dig deep into the unknown, wander through a fertile field. It is here where we who are seekers are found.

When do we read Vayeishev 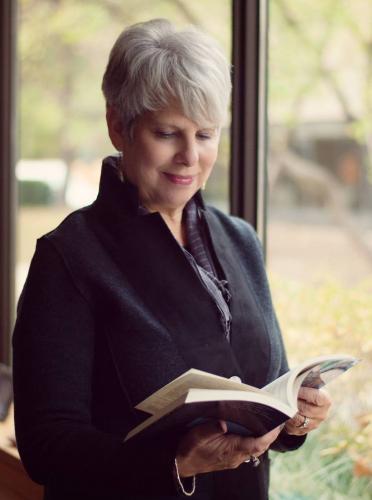 END_OF_DOCUMENT_TOKEN_TO_BE_REPLACED

The Importance of Restorative Justice
The Most Painful Parts of Joseph’s Story Can Teach Us about Ourselves
Who Is the Supporting Cast in the Story of Your Life?
Jacob Awakens to the Sexual Assaults Suffered by His Children
Ensuring the Success or Failure of Dreams