What do we choose to show to others, and what do we keep hidden? How do we curate our public face?

Cherise Wolas addresses these questions in her new novel, The Family Tabor. The Tabor family, three Jewish siblings and their parents, all outwardly brilliant and successful, converge on the parents’ Palm Springs home to celebrate Harry Tabor’s receipt of the Man of the Decade prize from the city of Palm Springs. The three adult children – Phoebe, Camille, and Simon – have fabricated elements of their lives to disguise their unhappiness. Their mother Roma, a prominent child psychologist, conceals two secrets, both of which would criminally implicate her loved ones. And Harry has started remembering something he long buried.

The story unfolds like a mystery novel with shifting perspectives revealing the falsehoods each family member tells the others to preserve their glossy facade. Phoebe, the eldest, a brilliant lawyer representing a cadre of emerging artists, has fabricated a boyfriend, hoping to attract a real one, but unable to tell her family the truth. The middle child, Camille, has entered a depressive state after completing her dissertation in social anthropology. And Simon, also a lawyer, senses the impending destruction of his marriage as his wife is consumed by childrearing.

The Tabors are Jewish, and this provides the structure for both the setting and some of the major conflicts of the story. Set in the desert of Palm Springs, the Tabors’ metaphorical and literal wanderings bring to mind the 40 years spent by their ancestors in a similar environment. The swimming pool, in which characters submerge themselves at critical moments, is a stand-in for a mikvah (ritual bath) to which the female characters return seeking cleansing and clarity.

Harry’s secret ultimately proves the most destructive and the most restorative. He describes himself as a “very lucky man” to have been born at all, to have had ancestors who survived relentless pogroms long enough to have children and eventually escape to America, and to have such a beautiful and brilliant family. But his luck, which also allowed him to seemingly escape the consequences of a terrible wrong committed decades earlier, begins to run out as his past catches up with him.

…thirty-plus years ago, in what still strikes him as a miraculous decision, he moved his family to this desert and made it his mission to do good in the world. … He waits until his strong and happy wife’s nocturnal sadness fades away, then carefully climbs into bed, fluffs his pillows, and closes his eyes. Soon there is an internal rush of lapping oceanic waves pulling him under, into the ruffled layers of sleep, where he will travel to places he does not know, see people he never knew, and others he once loved, traveling, he thinks, on his own, believing, as he always has, that he alone inhabits his head. Mistaken in his assumption that the past no longer exists. …I have been a very lucky man. And that is true, absolutely true. But luck is a rescindable gift.

As Harry remembers his sin in full, he realizes he must act and begins a frantic search for someone he deeply wronged in the past – the only other Jewish man at the financial firm he worked for before starting fresh in California – and seek forgiveness. He does not let anyone in his family know of his plan.

Cherise Wolas’ writing is evocative and clear, and she should be applauded for her realistic and not-too-sweet portrayals of Simon’s young daughters, one of whom has a repetitive speech impediment, which Wolas uses as a physical manifestation of the stuck feeling Simon senses in his family dynamic.

The same cannot be said of Wolas’ portrayal of Camille. She is depicted as worrisomely uninterested in makeup, to the point that her mother considered she might be a lesbian:

Even today, her external appearance does not command much of her attention; she’s lucky in her natural beauty, somehow not tamped down by the baggy, old clothes she wears, by her refusal, most of the time, to use lipstick or mascara, a blush to brighten her cheeks. …When her daughter’s little-girl desire for a penis of her own did not abate, as such desire usually does, she’d wondered for the first time about Camille’s sexual orientation.

Such stereotyping and a climactic scene in which Camille allows her older sister to help her apply makeup feel outdated.

Despite the book’s shortcomings, the artful way the author peels away the layers of fiction in which the characters have wrapped themselves makes this book a good read. 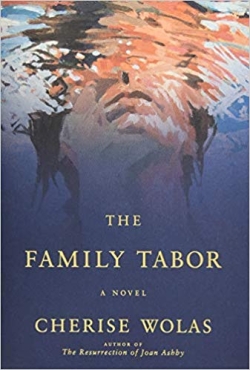