Baking Challah is How I "Do Jewish" in a Tangible Way 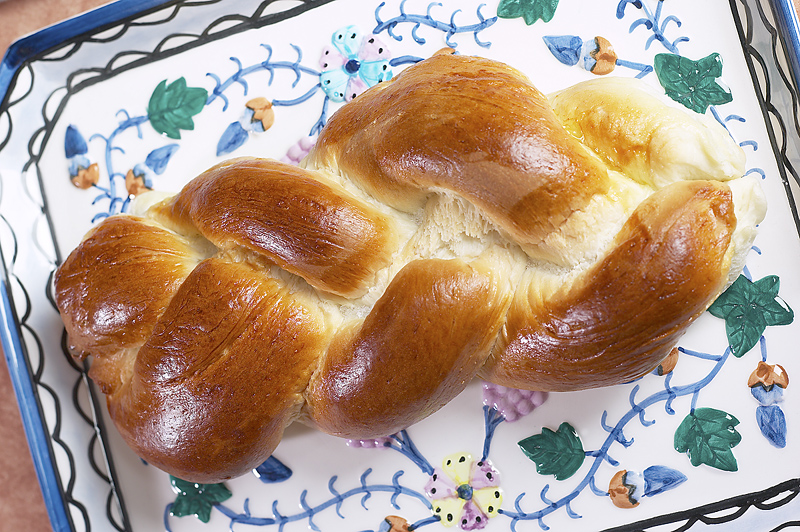 I’m one of those people whose emotions always are written all over my face.

For example, when a good friend referred to challahchallahחַלָּהA braided egg bread eaten on Shabbat and festivals. Today challah comes in many flavors and varieties, including chocolate chip, gluten free, and vegan. Plural: challot. as “tchalla” – pronouncing the “ch” sound not as it’s done in Hebrew, but as it’s done in Spanish – I’m sure he saw me wince (and he may have heard a groan, too). He quickly apologized for something he otherwise wouldn’t have given a second thought.

Although I had not yet completed my formal conversion to Judaism (and the error was completely innocent), the mispronunciation still sent a shiver down my spine. My friend had heard of challah, but apparently had never heard the word pronounced correctly. It wasn’t his fault, but to me, it was a shock nonetheless.

Why did this innocent error affect me so visibly in the moment?

Challah is one of the ways I “do” Judaism in a tangible way. For all intents and purposes, challah is a ritual object. Aside from Passover, there isn’t a time during the year when you won’t see challah on the Shabbat table. It’s so important that there are even vegan and gluten-free versions to ensure everyone can partake.

As a Jewish symbol, challah is almost as universally acknowledged as a hanukkiyahhanukkiyahחֲנֻכִּיָּהNine-branched candelabra used during Hanukkah – eight branches for each night of the holiday, plus another branch (often taller, central, or more prominently displayed) for the shamash (helper) candle, which is used to light the others. , a seder plate, or a kippahKippahכִּפָּהA head-covering often worn during worship and while in a sanctuary, although some people choose to wear a kippah all the time; plural: kippot. In Orthodox communities, only men and boys wear kippot, while in liberal Jewish communities some women and girls choose to wear kippot.  Also called a yarmulke (Yiddish) or skullcap.   . I eagerly embraced each of these symbols to identify myself and my home as clearly Jewish. For many people, though, making their own challah would not be a desirable undertaking.

As my Jewish identity and personal practice continue to grow and change, my focus is always on the kavanahKavanahכַּוָּנָהOne’s personal intention or direction of the heart when praying or performing mitzvot; the intentions and devotions individuals bring to their own prayer; often juxtaposed with keva.  of what I’m doing. Why do I want to go to daily minyan? Why do I want to wrap tefillintefillinתְּפִלִּין"Phylacteries." Leather boxes and straps worn by religious Jews daily except on Shabbat, holidays, and fast days. "Laying tefillin" is the expression commonly used for putting them on. (phylacteries)? Why do I want to host a Passover seder? Why do I want to bake challah?

I started baking my own challah for a variety of reasons. First and foremost, I wanted a more personal way to engage with my Jewish practice than simply going to services after work on Friday evening, or hanging a mezuzahmezuzahמְזוּזָהLiterally, “doorpost;” a decorative case that holds a handwritten parchment scroll of the Shema and V’ahavta. Mezuzot are placed on external and internal doorposts of homes to fulfill the commandment in Deuteronomy 6:5-9 “inscribe them [these words] on the doorposts of your house.” at the entrance to my apartment. Although these are wonderful ways to engage, and ones in which I take great pride, there’s an element of getting your hands dirty – literally – that elevates the spiritual connection to the ritual practice.

The first time I brought a loaf of homemade challah to the Judaism class at the synagogue where I studied in New York City, one of the other students said, “This is a mitzvahmitzvahמִצְוָהLiterally, “commandment." A sacred obligation. Jewish tradition says the Torah contains 613 mitzvot Mitzvot refer to both religious and ethical obligations. .” That statement stuck with me. Though it should have been apparent that baking challah is a mitzvah, I just thought it was something we do because of tradition.

Now, I make all different types of challah from a variety of recipes: one with more flour, one with less, one that calls for whole wheat flour, another with vanilla and Nutella, and an apple-cinnamon challah just for the High Holidays. Baking challah is my attempt at hidur mitzvah (beautifying the fulfillment of the commandment). Personalizing mitzvot is a way all of us can approach and enrich our connections to Judaism. Discover what’s important to you, define why that’s so, and how you can do that thing in a way that adds meaning to your Jewish practice.

And if your mitzvah results in a sweet treat that everyone can enjoy, then you really know you’re doing good work!

Start your own challah-baking journey now. 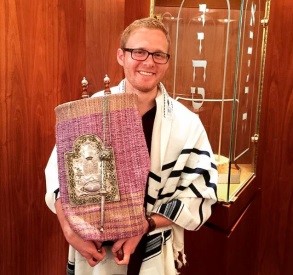 Branden Johnson is the programming associate at Congregation Brith Shalom, a Conservative congregation in Bellaire, TX. He also teaches religious school teacher and is working toward a master’s degree in Jewish education through the Melton Centre at The Hebrew University of Jerusalem. In his spare time, Branden volunteers at the Houston Zoo, is training for his first half-marathon, and spoils his beloved rescue dog, Pickles. He blogs about Judaism, food, and Jewish food at Challah Back Kitchen.