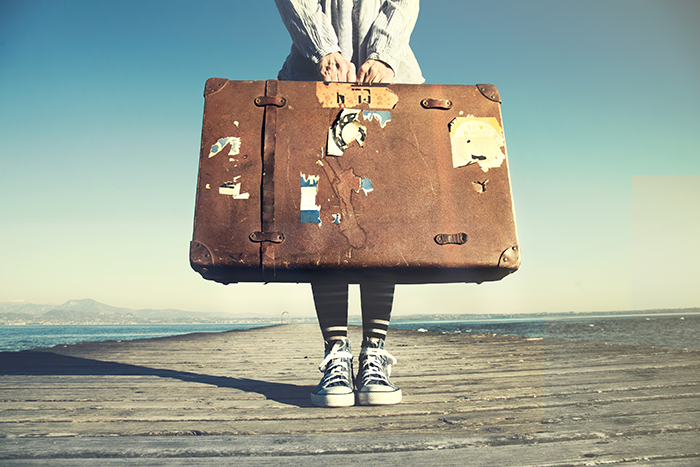 As a therapist, I've spent much of my career in storytelling. I listen to others' stories, help people tell their stories, and encourage them to intentionally create their stories.

I've been reflecting on the story of America's founding - the narrative many of us learn as children in the United States. I've recently learned a different version of that story - one that I now recognize intertwines with my own. My identities as Cuban American and Jewish have been shaped by Indigenous stories in America and in Cuba; particularly the themes of beginnings, loss, transformation, and change.

Long before the Pilgrims' first encounter with North American Indigenous peoples, Christopher Columbus landed in Cuba - he never actually made it to North America. It was the Indigenous Taínos and other Native groups (including Ciboneys and Guanajatabeyes) who were encountered then conquered. As with Indigenous people across North America, Native Cuban populations were decimated or assimilated losing much of their culture. But the Taínos resisted, fought back, and fled. A few communities quietly rebuilt. People had children and grandchildren, sometimes of mixed Spanish, Taíno, or African ancestry. Today, a small number of people proudly claim Taíno identity and Cubans continue to use what the Taínos left, from resources like tobacco to everyday words and staple foods like yuca whose origins pre-date Columbus.

450 years after Columbus, my 10-year-old mother boarded a plane with her family, fleeing their homeland and seeking refuge from a new dictator threatening their freedom, independence, and self-determination.

Many years ago, my grandfather told me about the day he decided he would leave his home in the early 1960s, right after the revolution, to immigrate with his wife and two daughters to Miami. He was at work when a Jewish man who worked next door offered a friendly warning - he knew what was happening in their country; it wasn't that long ago that his people experienced the antisemitism and nationalism that led to their persecution, imprisonment, and genocide. My grandfather implied that the man recognized the dangers of Fidel Castro's revolution and his concerns about the subsequent suppression of freedom and repression of civil and political rights. Shortly after receiving that warning, my grandparents, mom, and aunt left Cuba behind.

I've always felt a connection with Judaism. Until recently, I don't think I could have explained why I felt that. Now that I am part of a Jewish community and have my own Jewish identity, I understand this connection better. I wasn't born into Judaism; I chose it, and often feel that it chose me. I recognize the richness of the values and traditions in Judaism - those that teach us to learn our history, honor those who came before, help those who are vulnerable, welcome the stranger, and think for ourselves while understanding our ties to others and the Divine.

I've come to realize why these values feel so familiar. They are the same ones connected to my other identities, experiences, and communities. The history that I've learned from my parents, grandparents, and Cuban heritage has shaped my family, cultural traditions, and faith - this is my story.

I recently visited Cuba for the second time. My first visit to Cuba was with my parents and brother. That visit was about witnessing my parents' homecoming and reflecting on their stories. My more recent visit was on my own during which I had the opportunity to learn more about the Cuban people, history, traditions, and culture. It was interesting and heartbreaking hearing from such warm, loving people. My people. I started to understand myself and my parents so much better - why we do what we do and think what we think. I also learned about historical events that helped me further understand my deep connections to the Jewish community.

At a Sephardic community center called El Centro Hebreo Sefardí de Cuba, I learned that Jews have a long history of immigration to Cuba. On November 2, 1492, Luis de Torres, a Jew who had recently converted to Catholicism, became the first European to set foot on Cuba. De Torres was on this voyage as an interpreter; he knew Hebrew, Aramaic, Spanish, Portuguese, French, Latin, and some Arabic. The story goes that de Torres explored the island, developing strong ties with the Indigenous people. Over the next several centuries, Jews came with other European immigrants, fleeing the Inquisition, escaping mandatory military service, or searching for economic opportunities.

Countless refugees have professed their gratitude for the island that gave them the opportunity to start a new life. Descendants of those first immigrants have preserved their roots while embracing Cuban culture. After the Cuban Revolution in 1961, the Jewish community was the only group who received support from the Cuban government when they left the country for Israel because they were understood to be returning to their motherland, not abandoning Cuba.

I realize now that although the government at that time treated my parents and grandparents (and the thousands of others who fled) as though they were abandoning Cuba, they were not. They must have felt abandoned themselves; I was proud to be with them as they returned to their motherland.

The Cuban Jews who remained after the revolution experienced a period when Jewish culture languished and religious life in general was subdued. Once again, despite its challenges, the community survived and became another example of the resilience and capacity of the Jews in the Diaspora to adapt as did my parents and the countless Cubans who immigrated to the U.S. after the revolution.

I recognize my interwoven identities and the threads between my Jewish and Cuban identities. Both give me a sense of community, connection, shared history, and culture that people have held, passed down, struggled for, and celebrated for centuries. I have learned what it means to live my story authentically from the Indigenous Taíno, the Jewish immigrants to Cuba, and the Cubans who refused to let a dictator steal their identity and culture. I live my story with humility and compassion, always in solidarity with my communities. 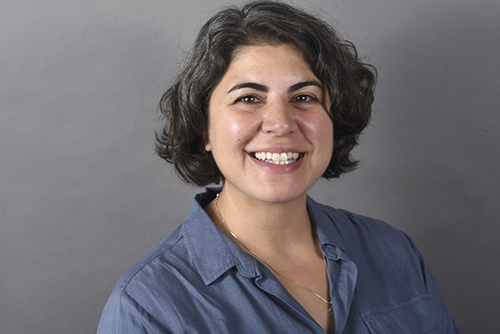 Susy Gallor (she/her) is a psychology professor and social justice educator at UMass Boston. She earned her PhD in Counseling Psychology at the University of Maryland College Park. She was born to Cuban immigrants and grew up surrounded by a close-knit Cuban family and community in Miami, Florida. She lives in Sharon, MA with her wife and two sons. They became part of the Temple Sinai community in 2018, and currently Susy is the Chair of the Social Justice Committee. She has committed herself personally and professionally to learning and teaching about diversity, multiculturalism, and social justice.

END_OF_DOCUMENT_TOKEN_TO_BE_REPLACED

Beejhy Barhany (she/her) is an entrepreneur and activist who was born in Ethiopia, raised in Israel, and currently resides in New York. Today, she is the chef and owner of an eclectic Ethiopian restaurant in Harlem, New York, Tsion Café, that incorporates cuisine from the many places that have influenced her journey.
Arts and Culture
Image

Imagine that you travel back in time to 1934 – when Europe had no inkling of the catastrophic events lying ahead that would transform that continent forever. What would you photograph to capture the authentic essence of human experience at that liminal moment in history?
Jewish Life Around the World
Image