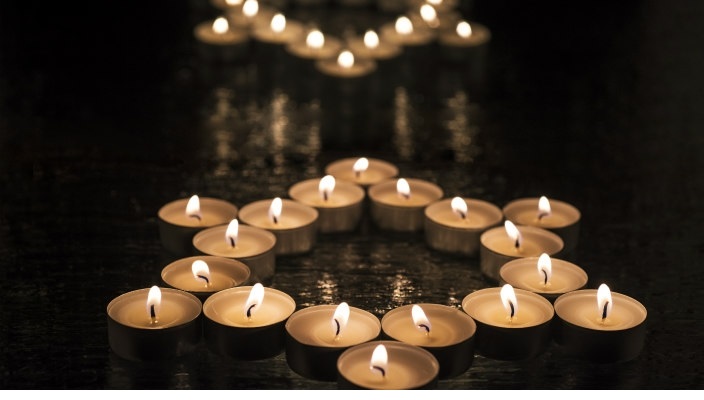 The word Shoah is Hebrew for “catastrophe” or “utter destruction." It is fitting, then, that Holocaust Remembrance Day is known as Yom HaShoah, a day first commemorated in 1949 and officially made Israeli state policy by 1951.

Yom HaShoah is observed annually on the 27th day of the Hebrew month of Nisan, the anniversary of the start of the Warsaw Ghetto Uprising. Commemorations begin at sundown – although they will look quite different this year than in years past.

Traditionally, the holiday is observed in Israel with a state ceremony held in Warsaw Ghetto Square at Yad Vashem - The World Holocaust Remembrance Center. During the day, ceremonies take place on military bases, in schools, and at community organizations; places of entertainment are closed. At 10 a.m., an air raid siren sounds off throughout the country, and Israelis observe two minutes of silent, somber reflection. This moment is taken so seriously that even cars stop in the middle of the road, and drivers stand beside their vehicles silently during this two-minute period.

This year, of course, all Holocaust remembrance ceremonies will take place virtually, and in addition to attending online commemoration events, there are many other ways to observe on your own. Here are just a few stories, prayers, and other resources to help you commemorate this solemn holiday.

1. Join in prayer and music.

Reform liturgy has evolved to include passages to be inserted into the weekday service, along with stand-alone rituals, for observance of this day.

Rabbi Heath Watenmaker explains the Jewish imperative zachor, to remember, which compels us to remember our collective history as if we experienced it ourselves.

Writer Aron Hirt-Manheimer shares his mother’s story of her fateful escape and resilience in the face of certain death; he also tells of his father’s time in Auschwitz and the day when, near death, he was finally liberated.

These are just two of many such stories on our site and beyond. For additional ideas, see “10 Holocaust-Related Books to Read for Yom HaShoah.”

4. Remember those who died.

After visiting Jewish gravesites in Poland, one man writes, “For a child of survivors, emotional disengagement is impossible, and the call to witness inescapable.”

Equally painful is the story of a man searching for his Jewish neighbor’s bones in the forests of Lithuania.

In “What Holocaust Survivors Can Teach Us About Overcoming Trauma,” clinical psychologist Dr. Yael Danieli talks about understanding, treating victims of genocide, and dealing with inherited, multi-generational trauma.

Because the topic of the Holocaust is so disturbing, it can be difficult to determine how to share its history and stories with children. This piece by a Reform Jewish educator is a helpful place to start.

7. Act for a strong future.

“Never again” is now. As Yom HaShoah reminds us of the tragic consequences of turning away from those in need, use our Yom HaShoah Social Action Guide to incorporate tikkun olam, repair of our world, into your observance.

Find additional Yom HaShoah commemoration ideas from the United States Holocaust Memorial Museum and Yad Vashem. What Yom HaShoah stories, essays, and other materials do you find most powerful? Share them with us on social media.