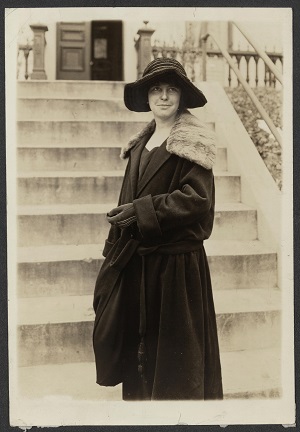 Like the Israelites in the wilderness, the Nineteenth Amendment, which granted women the right to vote, was also stranded for 40 years – though in Congress, of course, not the desert.

First proposed in 1878, it would take until 1919 for the amendment to pass the House and Senate. Even then, however, its fate was in doubt, as it required 36 states’ ratification, and much of the South opposed it. Thanks to the efforts of a Jewish suffragist with a Reform Jewish outlook by the name of Anita Pollitzer, victory would finally come for white women in 1920.

During their long and winding road to the Promised Land, suffragists encountered countless defeats, betrayals, and disappointments. Besides mastering the intricacies of political persuasion and power, they had to change hearts and minds on firmly entrenched attitudes about women’s roles and rights in society.

And yet they persisted – for 72 years, to be exact, if you count from the first women’s rights convention in Seneca Falls, N.Y., in 1848 (which launched the movement) to the granting of suffrage in 1920.

Bear in mind that the narrative of a triumphant, steady march toward women’s enfranchisement is at odds with the more complicated and painful reality of Black women’s experience. Like many of her fellow leaders, Anita Pollitzer focused her civil rights efforts almost exclusively on white women’s suffrage, and generally did not venture into protesting race or class inequalities. Blatant and subtle forms of racial discrimination within organized women suffrage campaigns led many Black women to link their right to vote to the restoration of Black male suffrage and civil rights activism.

While ratification of the Nineteenth Amendment meant the battle for the vote was over for white women, it did not address the systematic racism that prevented African-Americans in southern states from voting, regardless of their sex. Black women continued to fight for voting rights until passage of the Voting Rights Act of 1965, and up to our own day.

The Israelites, too, labored to reach their Promised Land for far longer than expected. Parashat Sh’lach L’cha provides the backstory for the 40-year delay.

The portion opens with the Israelites presumably nearing the end of their wilderness trek as they approach Canaan. But things go to hell in a handbasket when 10 of the 12 spies sent to do reconnaissance of the land return with negative reports. Their distrust angers God, and only Moses’ intercession with the Divine saves the people from the threat of eradication.

A heavy price is exacted for their lack of faith: The Israelites are condemned to 40 additional years of wandering, which translates into certain death for the wilderness generation (Num. 14:22). As God tells Moses and Aaron, “. . . not one shall enter the land in which I swore to settle you -- save Caleb son of Jephunneh and Joshua son of Nun [the pair of optimistic spies]. [Only] your children . . . will I allow to enter the land that you have rejected” (Num. 14:31). As borne out by the subsequent biblical narrative, Joshua leads a new generation of Israelites in the conquest of Canaan after the first generation, including Moses, dies.

I imagine Anita Pollitzer as a “Joshua” among second-generation suffragists. She never gave up hope in the promise of women’s rights and devoted her public life to feminist politics during the twentieth century, culminating in her being handpicked to become chair of the National Women’s Party (NWP). Established in 1913, the NWP was the first political party to support a constitutional amendment for women’s suffrage and later championed the Equal Rights Amendment.

Reform Judaism played an important role in Anita’s understanding of women’s liberation. Born in Charleston, S.C. (which happens also to be the birthplace of American Reform Judaism), Anita taught at the Sabbath school of Kahal Kodesh Beth Elohim, among the original Reform temples in the U.S. Proud of, though at times reserved about, her Jewish identity, she ultimately published an article called “Women and the Law,” in which she quoted Talmud and praised Reform Judaism’s promise to recognize women in every religious aspect on par with men.

In January 1917, Anita joined more than 1,000 “Silent Sentinels,” who picketed the White House for 18 months, brandishing signs with such messages as “Mr. President, How long must women wait for liberty?” Anita demonstrated her commitment to the movement when, in 1917, she was arrested along with other sentinels who agreed to cease protesting only once Congress agreed to bring the federal amendment to a vote. When that vote failed, they returned to their post at the White House.

President Wilson finally pledged his support in 1919, and that same year, on May 21, the House passed the amendment by a relatively large 42-vote margin. The Senate followed suit on June 4, with 56 in favor and 25 against. Now, it was up to 36 state legislatures to ratify female suffrage into law.

Anita, known for her powers of persuasion and charm, played a vital role in the process. With the amendment just one state shy of ratification, the NWP deployed her to Nashville to meet with Congressmen. On August 17, 1920, she arranged to dine with Representative Harry T. Burn, who the following day cast the critical vote, making Tennessee the final and decisive state to ratify the amendment. History credits Anita for his change of heart.

After four decades in the wilderness, the second generation of white suffragists had reached the Promised Land, with no little thanks to their own “Joshua ben Nun.”

The Power of Believing in Ourselves 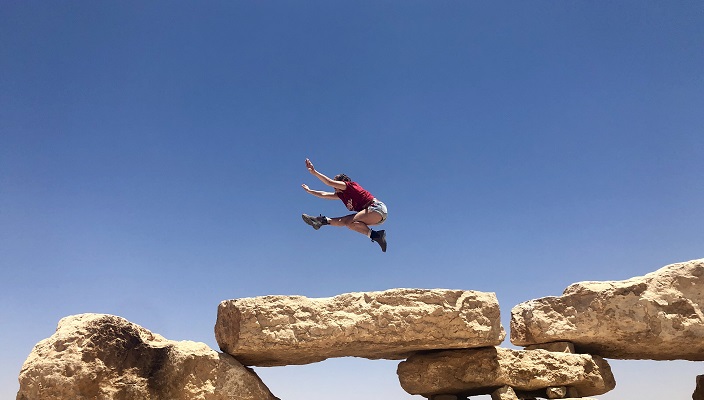 The story of Jewish suffragist Anita Pollitzer shows that we draw power most heavily from faith in ourselves. Anita believed in her abilities, persuasion, and charm, and with that belief, she accomplished the seemingly impossible task of ratifying the Nineteenth Amendment in a southern state.

Faith in ourselves, and the consequences that emerge when we don’t have it, are explored in this week’s Torah portion, Parashah Sh’lach L’cha.

Sh’lach L’cha, translated as “send for yourself,” begins with this command:  “The Lord spoke to Moses, saying ‘Send [for yourself] emissaries to scout the land of Canaan, which I am giving to the Israelite people.’” (Numbers 13:1)

The Israelites heed this order and send 12 of their own to scout the land. Initially, when 10 spies return from their mission, they report on the positives: “We came to the land you sent us to; it does indeed flow with milk and honey.” (Numbers 13:27) Regardless of this, however, the scouts are discouraged by “the giants” who inhabit the land and ultimately believe that “we cannot attack that people, for it is stronger than we.” (Numbers 13:31) This pessimistic sentiment results in instant death for the 10 doubtful scouts and additional wandering for the rest of the Israelites.

The text justifies the scouts’ instant death as a lack of faith in God’s power and promise, but perhaps their true fault was not believing in themselves. If we think of the literal translation of the parashah title, the scouts were sent by the Israelites, to scope out the danger for the Israelites, and report back on the land for the Israelites. When they return, they claim, “We cannot attack that people.” We, not God. Their lack of faith was not in God, but in their own abilities – and that is what led to their downfall.

The Haftarah read in conjunction with Sh’lach L’cha is from the book of Joshua and reveals the other side of this story: how the inhabitants of Canaan (the so called “giants”) felt about the Israelites and their scouts. They claim that the “dread of you [Israelities] has fallen upon us, and all the inhabitants of [Canaan] are quaking before you.” (Joshua 2:9) In a shocking twist of events, we see that despite the scouts’ report, it is really the Canaanites who fear the Israelites.

There was no way for the 10 scouts to know of this reality. But if the scouts just had a little faith in themselves, in their people, and in their God, they would have seen success in the Promised Land, instead of facing instant death and sending their community into another 40 years of wandering.

While this can be a story about why we must fear God, it also teaches us about the immense power that we have if we believe in ourselves. Joshua and Caleb, the two scouts who reported that the Israelites were ready to enter Canaan, believed in themselves and the paradise they witnessed in Canaan. In return, they were able to enter the Promised Land with their families.

Anita Pollitzer believed in herself and in the right for women to vote, and she was able to secure ratification of the Nineteenth Amendment. It is hard to embrace our strengths and see our individual power – but power exists in each of us, and when we believe in it, we will be able to find our way toward a land of milk and honey.

END_OF_DOCUMENT_TOKEN_TO_BE_REPLACED

Maya Levy served as the North American president of NFTY – The Reform Jewish Youth Movement from 2019 to 2020. She is originally from Tucson, AZ, and will attend the University of Michigan in Ann Arbor beginning in the fall of 2020.

END_OF_DOCUMENT_TOKEN_TO_BE_REPLACED

Transforming Trauma
Choose Hope: The Story of Coach Ted Lasso and the Biblical Caleb
Surprising Insights from the Grasshopper
The Evolving Role of the Tallit
Sh'lach L'cha for Teens: Shabbat Sha-raps