Numbers, Stories, and a Long Tradition of Ritual

Parashat Sh'mini —the eighth day; how many of our parashiyot start with a number? This eight comes after seven, of course-seven days devoted to the ordination of Aaron and the priests, who will now take on their full responsibilities in the Tabernacle (the Mishkan). This ordination ceremony was detailed in last week's portion, Tzav. The number eight stands out in our tradition as the number of b'rit milah, "covenant," and reminds us of the eight days of Chanukah, also a story of dedication. Knock the number eight (8) on its side and it is a symbol of infinity; eight is sanctified time, endless time.

Why are numbers so important? Why do we need to count? Oh, how much fun it is playing with numbers. Numbers are multilayered in their meaning, and Hebrew offers layers of mystery and meaning starting with the word for "number," mispar. The root of mispar is

, the same as the root of s'firah in S'firat HaOmer, when we count the seven weeks between Passover and Shavuot. Another key word derived from this root is sipur, the word for "story," and our stories are played out through our rituals and rites. Our rituals hold us accountable for our stories, and our stories must count as ritual.

This week's parashah, Sh'mini, and the special Shabbat Parah haftarah from Ezekiel, share the common theme of rites and rituals, understood as celebrating the sacred. But the usual yearly haftarah for Sh'mini, II Samuel 6:1-7:17, shares an even more profound lesson with the parashah of being punished for desecration of the sacred. Both tell sad stories invoking God's harsh response: In the Torah, Aaron's sons, Nadab and Abihu bring a strange fire to the altar, resulting in their immediate deaths. In the usual haftarah from II Samuel, Uzzah reaches out to steady the Tabernacle that King David is bringing to Jerusalem and is smitten, dying immediately, with no explanation given (II Samuel 6:6-7). This week's special and more festive haftarah reading from Ezekiel forewarns us of the consequences of defilement and uncleanliness, but also offers a message of ritual exaltation resulting from a "new heart and new spirit" (Ezekiel 36:26).This is the obvious connection between Torah and haftarah. But let us detect an additional thread, an overarching theme of this parashah and much of the Book of Leviticus, and that is how we approach, understand, invent, and experience ritual.

Now, that the priests are ordained, the duties actually begin on the eighth. The number eight comes after the number seven, which signifies "Shabbat." The experience of the penultimate covenant of Shabbat enables us to take our place in the daily workaday week, and get to work! This is indeed the manual for ritual worship. First the priests must prepare themselves with ritual in order to be ready to serve the entire house of Israel. They prepare the people and then-and only then-will God appear.

Sh'mini also includes a long second chapter dealing with the dietary laws of the Israelites. There is a quip, "you are what you eat." For Jews, we "are" what we do not eat. Here too, the common thread is picked up. What defines us as we regulate our lives? Ritual can be so unifying and so divisive at the same time. We long for ritual to calm the chaos of our daily life, to give meaning throughout the life cycle and the holiday cycle; and yet when we engage in it, it can frustrate and sometimes harm. How do we make ritual work for us? This is question that begins in our parashah and is echoed in the words of Ezekiel 36:26-27:

I will give you [plural] a new heart, and a new spirit will I put within you . . . I will put My spirit within you, thus bringing it about that you walk in My statutes and faithfully to observe My edicts.

In other words, we need ritual, but we also need to be renewed by ritual; therefore, in order for ritual to be timeless, it must speak to each generation in different ways. Vanessa Ochs in her wonderful book: Inventing Jewish Ritual (Philadelphia: JPS, 2007) defines rituals and ritual innovation as follows:

Rituals-which I will define as conventional or patterned ways of doing things that have shared and multiple meanings-have always been the products of a time, a place, available physical materials, and appealing practices of other peoples. All rituals are made and remade, all rituals mean different things to different people, and all rituals were once new and renewed-even the Jewish rituals we may cherish most of all.

Moreover, when we perform ancient rituals in this place, and in this time, they are no longer the rituals they once were. With changes in performers, in context, in personal and world history, we could almost go so far as to say that every ritual act is a debut, an innovation. This Shabbat meal, this Passover Seder, this wedding: each is a first.

She delineates the sources of inspiration for creating new Jewish rituals. Jews find themselves mining their "ritual toolbox" consisting of three essential compartments. The first she calls texts. This can include the full gamut of Hebrew literature from the Bible to Modern Hebrew poetry, prayers, poems, and songs. The second compartment holds familiar and resonant Jewish ritual objects and actions. Here, too, we find the full range from candles to traditional blessings, chuppah (wedding canopy), red ribbons, and palm branches. She writes:

A third compartment holds enduring, core Jewish understandings about the presence of God, the merit of the ancestors, the obligation to lead a sanctified life, the blessing of the land of Israel, the significance of preserving Jewish memory through study, and all the ethical obligations held toward fellow Jews and all of humankind. A commitment to such core understandings is the compass that guides all Jewish innovation.

So, let us put the sense of infinity back in to Sh'mini, the number eight! Let us make ritual meaningful to us in this generation. To do so, we have a deep need that it resonates with our past and calls out to the future. We no longer bring sacrifices (thankfully); most of us have some form of dietary restrictions. All of us seek ways to express the range of human experience that our ancestors expressed through the priests in the Mishkan.

Make Jewish rituals part of your daily, weekly, monthly, and yearly life. They are the reminders that we have inherited a long tradition, and that we are here to renew that tradition and pass it on to the next generation. They keep us humble, as we are links in the ongoing chain, but they also invite us to be a "kingdom of priests" tending to our community and beyond.

Seven, and Then Eight

Why are the laws written that the high priest must sit at the entrance of the Tent of Meeting for seven days before he is allowed to act as high priest on the eighth day? The number seven gets all of the attention in the text but it is the number eight that is more important, which is why we have a parashah named "Eight."

The answer to all of these questions is seven, of course. Seven takes preeminence from the very first chapter of Genesis. The number is a symbol of wholeness and completeness according to the Maharal in his commentary on Pirkei Avot 5:9?11. The appearance of seven in Torah is a sign from God of a complete, structurally sound unit, such as a week.

However, seven also imparts a certain finality. Seven represents the end of something worthwhile such as the seventh day of a week. Every ending is a loss of something that we just had.

Thus we learn that eight is a number to celebrate. Eight is a symbol of all possibilities and all potentials in life to be renewed and available again. Eight is a marker of another new beginning.

Rabbi Glenn M. Jacob is the rabbi at Temple Am Echad in Lynbrook, New York. 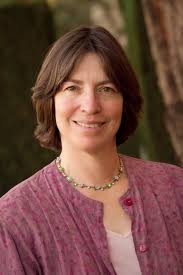 END_OF_DOCUMENT_TOKEN_TO_BE_REPLACED

Birds of a Feather (Don’t Always) Flock Together: Sacred Ornithology and Efforts for Peace
Explaining the Inexplicable with Silence
A Higher Holiness Through Connection with a Collective
Sh’mini for Teens: Shabbat Sha-raps
You Are What You Eat: The New World of Kosher Food